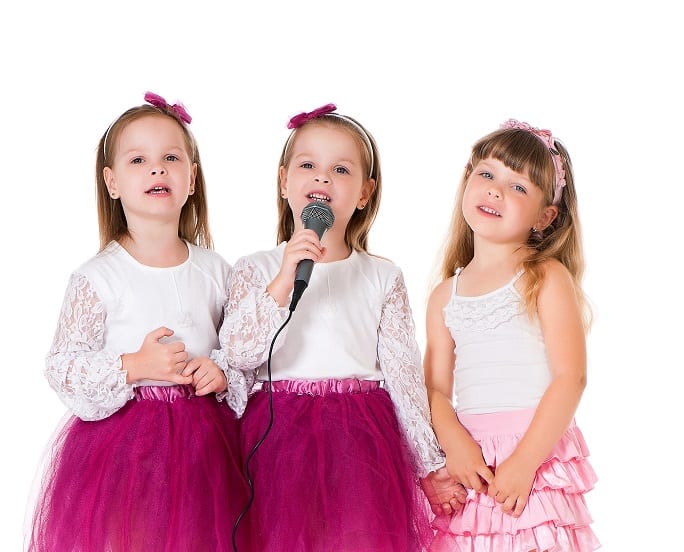 If you are looking for musical party games, we’ve got you covered. So if you are planning a disco or dance themed party for your little mover and groover, here are some of our favourite party games for disco and dance parties that will be a guaranteed smash hit with the kids.

Who doesn’t love karaoke as a party game at any age? If you don’t have a Nintendo Wii, Xbox of PlayStation you don’t need to rush out and hire a karaoke machine, check out YouTube instead. There are karaoke stations galore on YouTube. Most TV’s now allow you to connect a computer so that the kids can read from the TV screen instead of the computer monitor. If you’re on good terms with the neighbours and want to stay that way you might even look at using a blow up microphone rather than the real thing.

Most kids will know the simple rules of this party game, although there are endless variations on this classic. The traditional version has kids freeze when the music stops and anyone who moves or falls over is out.

Clear out a wide open space and have children stand a few feet apart from each other. Set up a radio or cd player with music. Choose an adult to turn the music on and off and to determine who is out each round. When the music is turned on, children should dance along. When the music stops, children need to freeze in whatever position they are in. Children will love to see the funny positions they get into! While all players are frozen, the adult in charge of the music watches for a child to break their position. The first child caught moving is out of the game. Another round then begins when the music starts and children start to dance. This play continues, eliminating one child each round until only one child remains. The last child standing is awarded the winner, and a new game begins.

If you prefer a party game version where no one loses, get them to act out their favourite animal, popstar, air guitar routine or even do a chicken dance when the music stops. 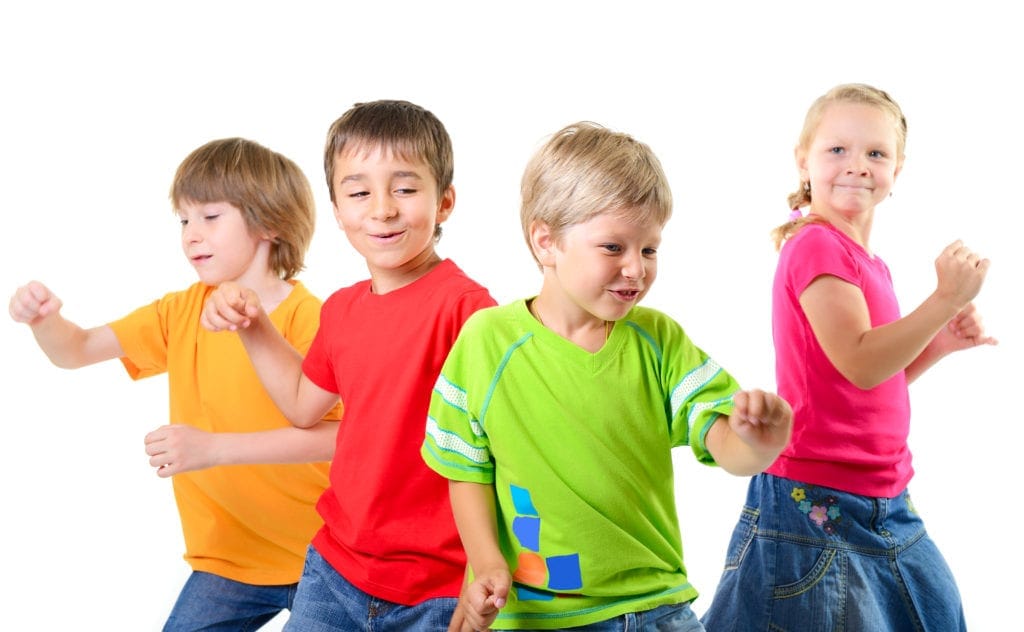 Clear the floor and let the dance off begin. Let the kids go all out with freestyle dance routines or divide them into groups, let them choose their own music and put together a dance extravaganza. You could even combine this with karaoke for your own awesome party game version of Battle of the Bands.

We have written about songs with dance moves for kids. It is perfect for dance parties!

For this party game, stick up six A3 sheets of paper around the room and number them 1 to 6. When the music stops, kids need to choose a number and stand next to it. Roll the dice and whoever is standing next to that number gets a lolly based prize and sits out.

Indoor four corners is an option for indoor recess on a rainy day. Any number can play, although the higher the number of participants, the longer the game will take. One player is “it;” this player sits in the center of the room with his eyes closed while the other players scatter to the room’s four corners, which should have numbers assigned. Once the players are in position, “it” calls out the number of a corner. All the players in that corner are out. Players now have a chance to change corners if they wish to. Once they have, “it” calls out another number. This process repeats until only one player remains. The winning player then becomes “it.”

One of our favourite party games because you laugh so much!! You’ll need about 10 items of clothing per team. Visit cheap two dollar stores and pick up anything with sequins and metallic fabric – basically the more garish, brightly coloured and out there the clothes are the better this party game will be. Aim to have a complete disco diva look with things like tutu, pants, scarf, sunglasses, hat, feather boa, shirt, gloves etc.

Let the kids choose the order they’re going to race in. When you start the music, the first child runs to their team’s pile of clothing on the other side of the room and puts everything on over their own clothes. It doesn’t matter how or where they wear it, just as long as nothing falls off when they run. Once they’re wearing the entire disco diva outfit they run back to the starting point, take the clothes off and then the next child dresses up and runs to the other side of the room where they remove the clothes. They then run back to the start and tag the next child who runs to the clothing pile and dresses up. The winning team is the one where every child has worn the disco diva clothes and removed them all first. 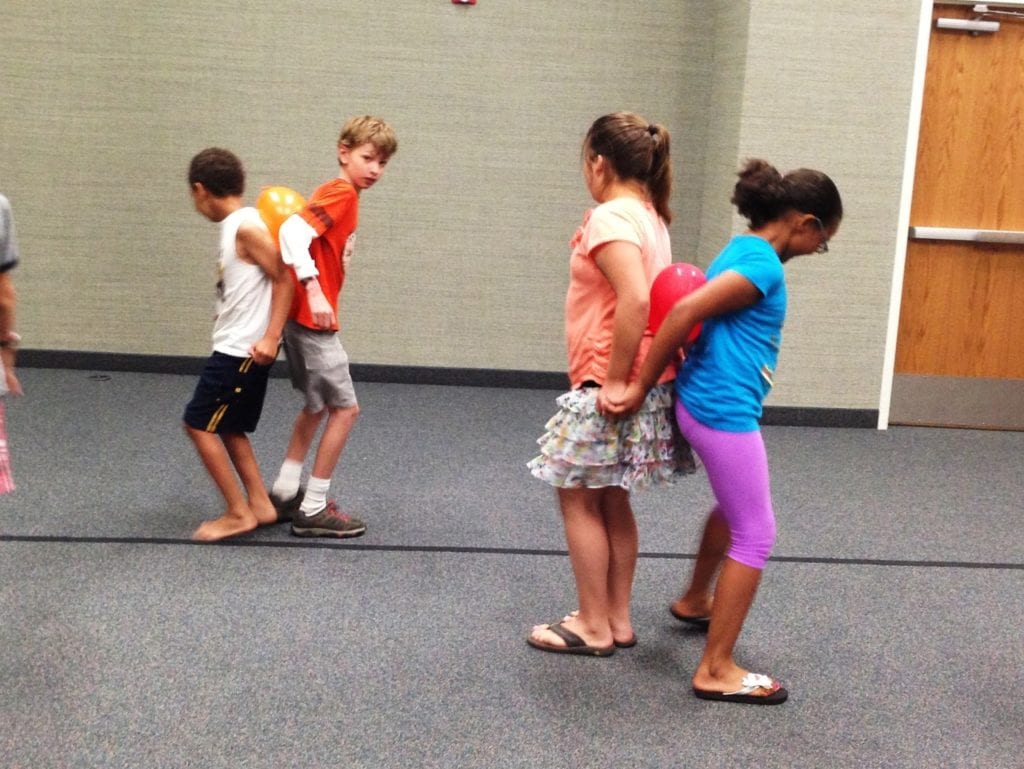 Children must dance in pairs while keeping a balloon between their backs. The goal is to not let the balloon fall out or pop. The winning pair in this party game are the last ones dancing with their balloon.

Don’t expect kids to just dance solidly for 2 hours, even if you think you’ve compiled the world’s best disco and dance playlist. The key to a successful disco or dance themed party is to keep the kids entertained and interactive with plenty of fun party games.

2 responses to “Party Games for Disco or Dance Parties”