Home » How to Get a Harry Potter Hogwarts Acceptance Letter

How to Get a Harry Potter Hogwarts Acceptance Letter 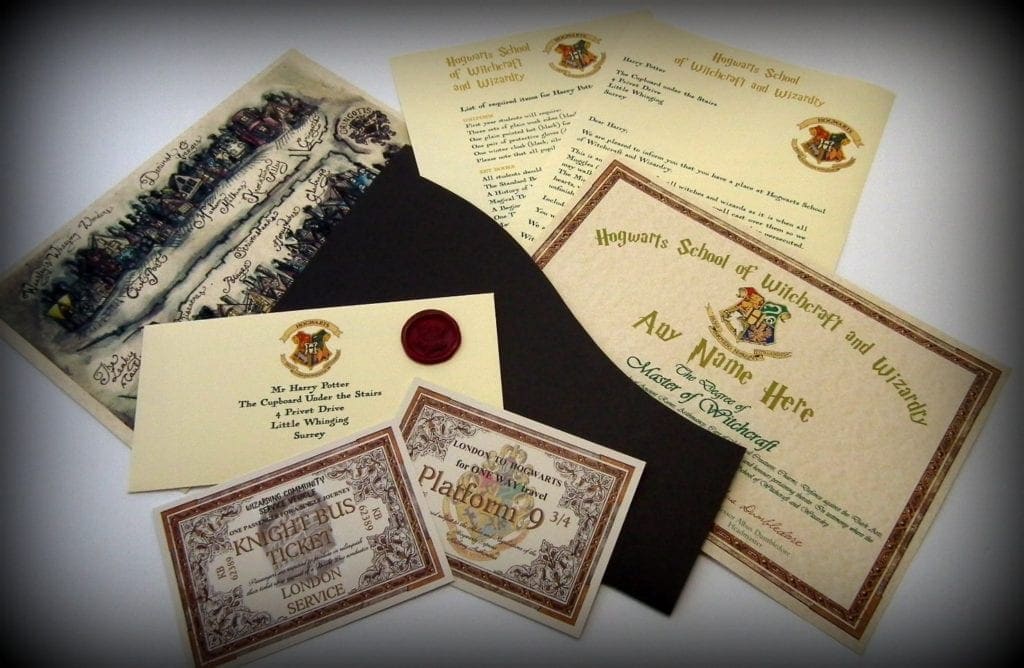 Is your child about to turn 11 and expecting their Hogwarts Acceptance Letter? It’s a special time to get a Hogwarts letter to the school and if you want to ensure you get it in time for their 11th birthday, you best check out the facts in our article to make sure you get the right one and get it at the right time!

My son just had his birthday and turned 11. He has been a Harry Potter fan for the last 3 years. He is into all things magical, spells, quidditch, Hogwarts houses (he says he is a Hufflepuff) and more. He has a bunch of  Harry Potter themed toys and games.

So when he started getting excited that he would be receiving his Hogwarts Acceptance Letter soon, I needed to figure out how I was going to make that happen. Below I’ve written an article to help you get your child a Harry Potter Hogwarts letter too!

The Hogwarts letter for 11 year olds 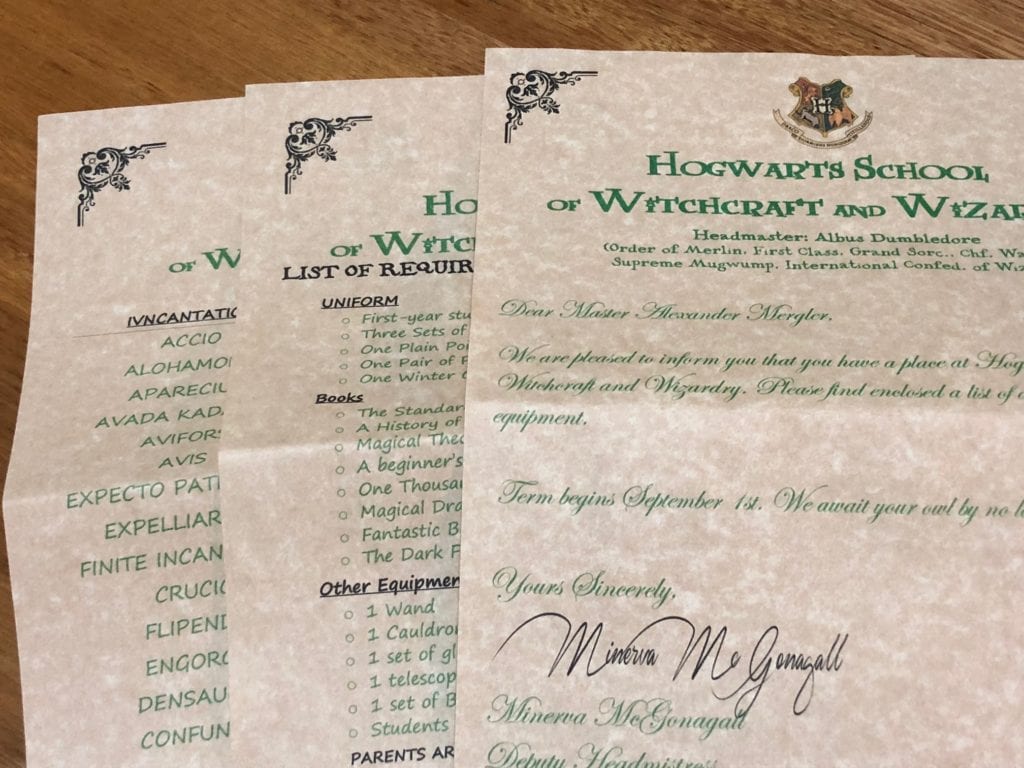 The Hogwarts letter is a letter of acceptance to Hogwarts School of Witchcraft and Wizardry sent to wizards and witches prior to their first year at Hogwarts. A special quill exists which writes down the name of every magical child at the time of their birth.

This allows Hogwarts letters to be sent to all magical children at the appropriate time, even those who are Muggle-born. The Hogwarts letter consists of a note of acceptance from the Deputy Headmaster or Headmistress of Hogwarts and a list of required textbooks and materials for the school year.

How the Hogwarts letter is delivered? 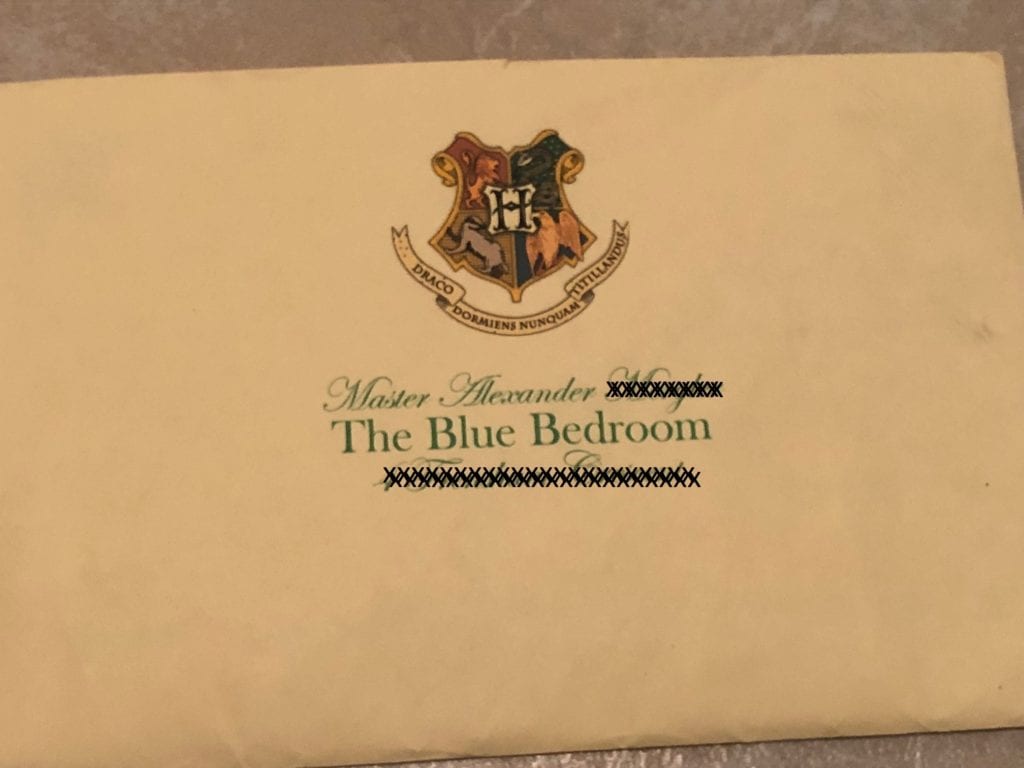 The letter is written on parchment paper and delivered to the recipient by owl, except in the case of Muggle-borns, where the acceptance letter is delivered in person by a member of the Hogwarts faculty, a special messenger, who explains everything to the student and parents.

In the movie, Harry Potter’s initial acceptance letter was delivered by regular Muggle post, as Vernon and Petunia Dursley were aware of the existence of the wizarding world and Hogwarts. My son fully expected an owl to deliver his letter…

Hogwarts is able to magically tell whether or not a child has read his or her Hogwarts letter, as evidenced by the bombardment of 4 Privet Drive with letters, despite at least one of them having been opened and read by Vernon and Petunia Dursley.

How to get a Hogwarts acceptance letter

There are multiple websites that offer this service. So I googled and have compiled some of the ones that will deliver to Australia.

These places will ship to Australia:

What is inside a Hogwarts acceptance letter

If you use the links above, the items in your personalised envelope might vary slightly. In our personalized Hogwarts Letter envelope (addressed to my son’s bedroom address) we had: 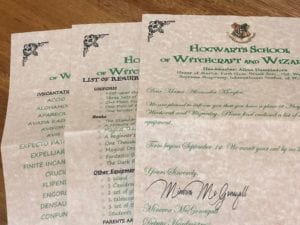 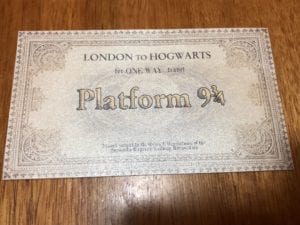 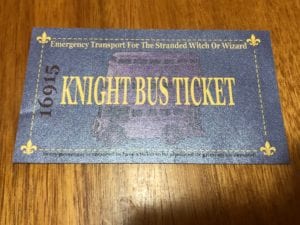 Timing of getting your Hogwarts letter

Master 11 told me that kids are supposed to get their Harry Potter letter the week before their 11th birthday. His letter arrived exactly a week AFTER his birthday, so take my advice… order it at least a MONTH before their 11th birthday if you want to make sure they get it in time. You then will have the pleasure of stashing it and figuring out how they will ‘find’ it. (Full disclosure: he saw the postman delivering his, but he was surprisingly OK with it!)

If you’ve not yet been to the Harry Potter shop in Samford, you can check it out here.

RELATED: We love going to Cedar Creek Falls in Samford too!

Where are other Harry Potter tourist spots?

For the die hard Harry Potter fans, we recommend a trip to the UK to visit the Warner Brothers Studio Tour where the movies were actually made!