Home » Kids’ Shows in Brisbane for the Whole Family

Kids’ Shows in Brisbane for the Whole Family 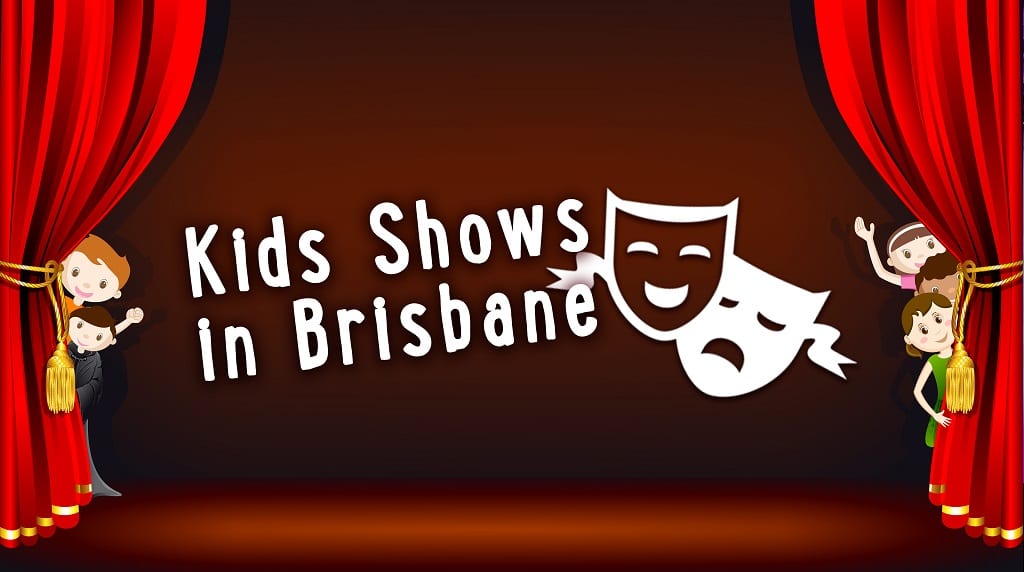 Looking for some kids shows in Brisbane that will suit the whole family?

There are plenty of Brisbane performing arts centres and local venues which host kids shows in Brisbane. Some have great kids programs; others have whole festivals dedicated to children. For more information about any of the listed theatres below, please click on the heading of each location. Or if you are looking for shows that are on over the school holidays as well as other things to do with kids in Brisbane these school holidays click here and scroll down to the bottom.

Theatres with kids’ shows in Brisbane

Once a power station in the 1920’s, the Brisbane Powerhouse is now one of Brisbane’s largest contemporary performing arts centres. Featuring two theatres, it produces some of Queensland’s largest cultural events each year, including the World Theatre Festival and the Brisbane Comedy Festival.

The Judith Wright Centre is located right in the middle of the creative district of Fortitude Valley. As such, it is well known for its focus on performing arts, circus, cabaret and dance.

From humble beginnings the 1920s, La Boite is well known now for its diversity in its shows and who it represents in its theatre performances.

La Boite holds a range of children’s shows all year round. It also hosts school holiday workshops for kids who love to perform. Click here to find out what’s on NOW for kids shows in Brisbane at the La Boite Theatre for kids.

The Logan Entertainment Centre is a bright spacious venue presenting shows and activities all year round. There is heaps of free parking on-site and lots of open green space outside for kids to run and play before or after a show. The small kiosk serves hot and cold food and drinks and snacks. Click here to see What’s On. 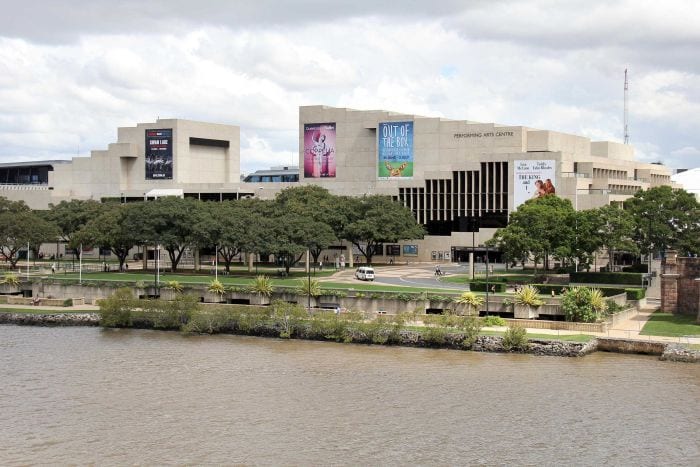 QPAC is Queensland’s most well known performing arts centres. In the heart of South Brisbane, it holds the majority of the performances that occur in Brisbane in its four separate theatres.

QPAC produces a variety of high quality children friendly shows each year, especially around the school holidays. Every two years it also hosts Out of the Box, Queensland’s largest children’s festival. Along with free games and activities, Out of the Box always features family friendly shows made just for children of all ages. Click here to find out what’s on NOW for kids shows in Brisbane at the QPAC for kids.

Kids’ theatre shows on at QPAC

QUT Garden’s Theatre is located on the QUT Garden’s Point Campus. Known for its focus on culture and literature, the theatre is the perfect place to go for more obscure productions.

QUT Garden’s Theatre usually hosts a couple of children’s programs during the school holidays. These are usually based on famous children’s books. Click here to find out what’s on NOW for kids shows in Brisbane at the QUT Gardens Theatre for kids.

The Redcliffe Entertainment Centre is a bright, modern venue showcasing the performing arts, plus movies, comedy nights and conferences. There is a range of musicals, shows and touring events on for families throughout the year. 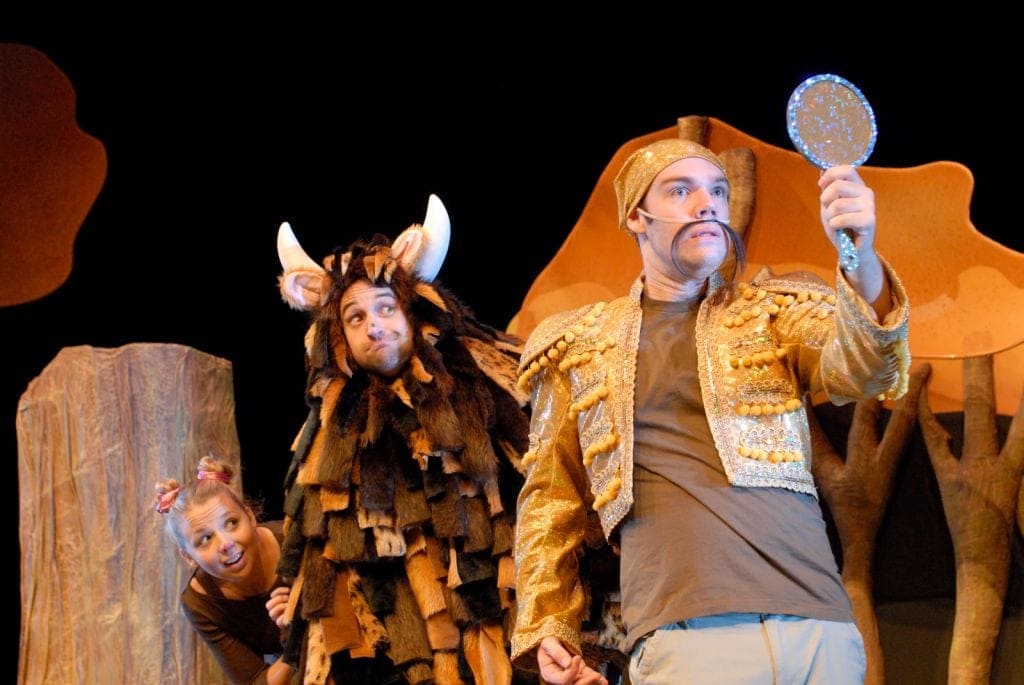 RPAC is a theatre space specially created for the Redlands Area. Featuring a range of cultural and artistic performances, it showcases the artistic community of the Redlands.

Being the Redlands’ main theatre, the Redlands Theatre always hosts several child friendly performances a year, especially around the school holidays. Click here to find out what’s on NOW for kids shows in Brisbane at the Redlands Performing Arts Theatre for kids. 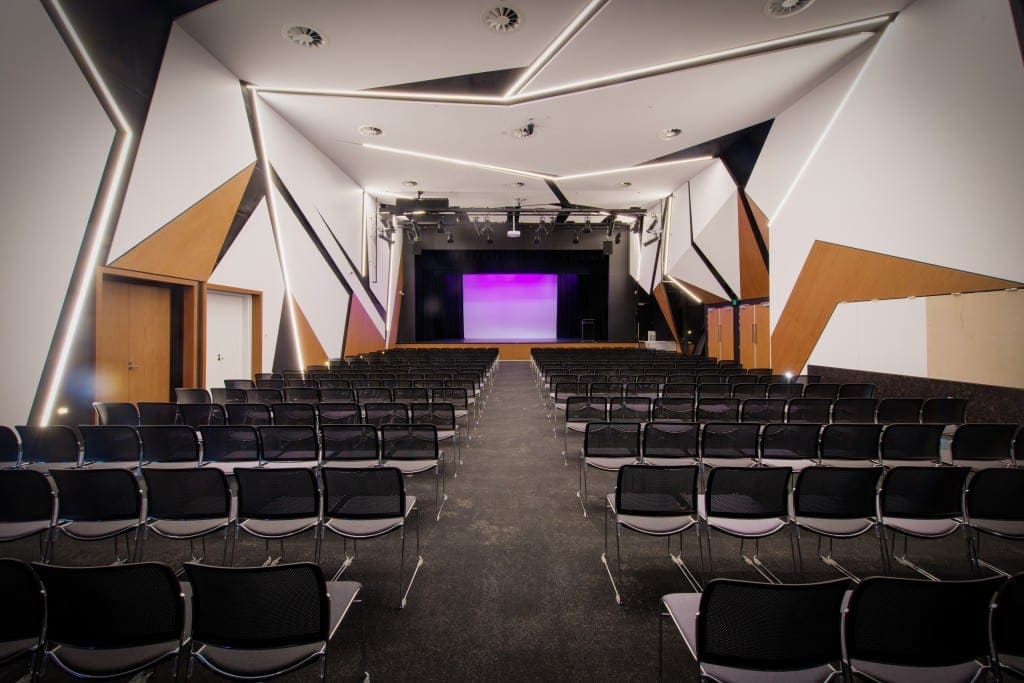 Click here to find out what’s on NOW for kids shows in Brisbane at the SunPAC Sunnybank Performing Arts Centre for kids.

Kids’ theatre shows on at SunPAC

Based in Brisbane, these production companies offer up a variety of children’s programmes all year round.

The Redcliffe Musical Theatre group was founded in 2009 to provide entertainment to the Moreton Region. It focuses on helping young people to get started in the theatre industry.

Redcliffe Musical Theatre tends to run mostly family-friendly shows. Its repertoire includes The Sound of Music, Singing in the Rain, Mary Poppins and The Wizard of Oz.

Performing at various venues in Brisbane from QUT Garden’s Point to Brisbane Powerhouse.

Lifelike Touring offers productions all over Australia and beyond. They’re well known for their children’s shows.

Lifelike Touring is famous for its branded family lives shows. These include children favourites such as Peppa Pig, Octonauts, Barney and Dora the Explorer.

They most often perform at the Brisbane Entertainment Centre and Riverstage Brisbane.

Kids Promotions is well known to be a live children’s entertainment company. They focus on small suburban venues and have performed over 2500 shows.

Featuring a huge range of live shows including Spot the Dog, Bob the Builder, Play School and Bananas in Pajamas, Kids Promotions shows are perfect for the youngest members of the family.

Feld Entertainment performs all over Australia, including in Brisbane.

Feld Entertainment performs in over 75 different countries in the hopes of providing live entertainment for the whole family.

Feld Entertainment is well known for productions such as Disney on Ice and Disney Live. Find out what they are bringing to Brisbane soon – click here.

Performing at the Schonell Theatre they have been a family favourite for many years.

Known for it’s student productions, Fame is a theatre company where many young actors start their careers.

Along with student based productions, the Fame Theatre Company also does a range of school holiday shows. These are often based on fairy tales.

The Shake and Stir Theatre Company are known for their humorous takes on literature from the likes of Shakespeare and George Orwell.

Shake and Stir have also done productions of Roald Dahl classics such as Revolting Rhymes and George’s Marvellous Medicine.

Theatre festivals for kids in Brisbane

Out of the Box is a biennial festival for children eight years and under, held at the Queensland Performing Arts Centre (QPAC). The event will next be held in 2022. Find out more here.

The Best Places on the Gold Coast that serve High Tea for Kids?
Emily Seebohm Aquatic Centre Fitzgibbon
Climbing Mt Coolum with kids - What you need to know before you go!
Fairfield Library has Books, Games & Activities for Families
Tweet
Pin1
Share
1 Shares