Are you looking for something different to do these school holidays in Brisbane?

Shakespeare. It’s a word that makes most people shudder in fear. For many, it’s a reminder of times past, sitting bored in a classroom. Back then, it seemed almost impossible to even maintain the slightest interest in the famous playwright and any one of his tragedies or comedies.

But what if I told you there was a play that not only made Shakespeare fun and hilarious, but also condensed all 37 of his plays into one 90 minute show?

The Complete Works of William Shakespeare (Abridged) is just that show. Created by Adam Long, Daniel Singer and Jess Winfield and directed by Rebecca Lamb, this lively production breathes new life into the famous bard’s plays. In this abridged show, two young actors and a Shakespearian ‘expert’ attempt to perform all 37 of Shakespeare’s plays as well as his 154 sonnets. What follows is a hilariously fun rendition of Shakespeare, interwoven with the playful slapstick bickering and crude humor of the cast. Featuring only three actors and a couple of backstage ‘walking sets’, this is Shakespeare as you’ve never seen it before.

Afraid the Shakespearian dialogue will go over your head? Never fear! This play makes Shakespeare easier to understand with the assistance of pop culture and modern day humour. Some of the highlights of the night included an Othello inspired rap, a conglomeration of all of Shakespeare’s comedies into a single performance and a live sports coverage of Shakespeare’s historical works.

Throughout the play, you’ll feel completely immersed in the entertainment. This is thanks to the incredibly hilarious actors and how they encourage audience participation. Some of the loudest laughs of the night came from how the actors interacted with and reacted to the audience. When you arrive, prepare for the fourth wall to break as you become part of the show.

The show also features some excellent improvisation from these quick witted actors. Even when they stumble on the sets, rush to switch costumes or perform a rendition of Hamlet in 43 seconds, they will continue to provide an entertaining show that’s guaranteed to make you laugh.

Overall, this is a terrific reimagining of the works of William Shakespeare which will  leave you wishing Shakespeare had written an extra 37 plays.

The Complete Works of William Shakespeare Abridged is playing at the Brisbane Arts Theatre and runs until the 14th of March. 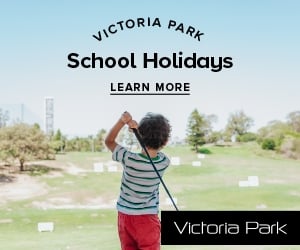