Raising a Good Man | Don’t Stress. You’ve got this, mummas! 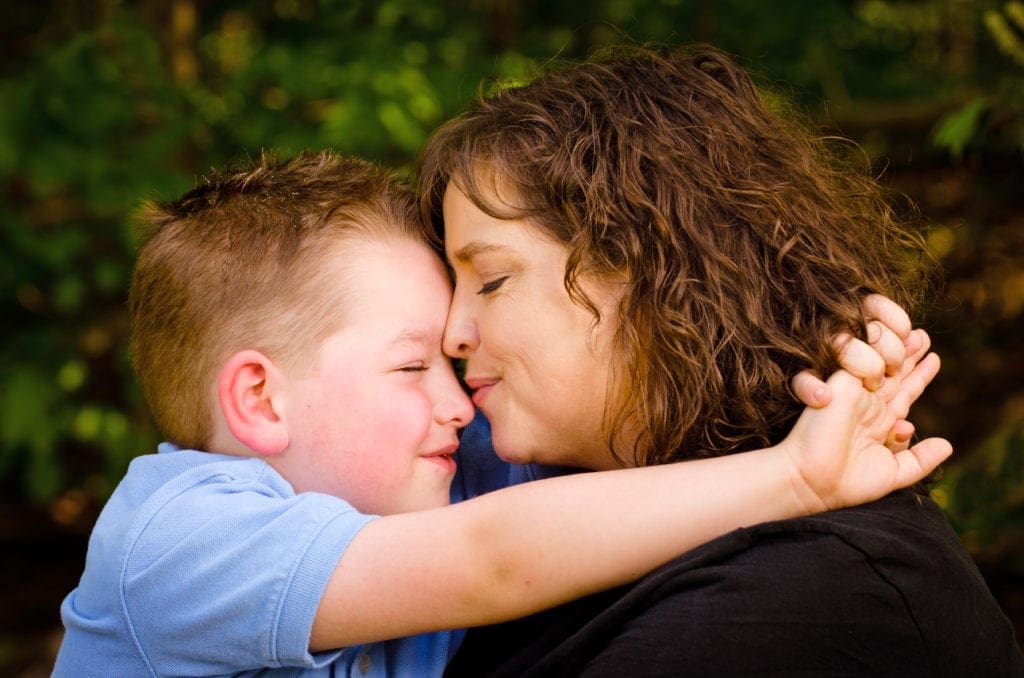 Yesterday I took my sons to see Peter Rabbit at the cinema, as is this holiday’s trend.  We were standing in the ticket line when I started a conversation (I’m kinda chatty) with the women behind us.  One was an elderly woman, perhaps in her 80s, on a walking frame that appeared to have a moderate level of cognitive impairment, and the other I assumed was her carer by the manner with which she was communicating.

As the conversation continued our position in the queue had moved to the first in line, when I felt my 5-year-old tug my arm: “Mumma?” he said quietly “……ladies first.”  [Be still my beating heart!].  The carer seemed genuinely surprised, uncertain and gave my son a big smile as she and her companion moved through to first place in line.

Moments later, before we entered the cinema, I gave my son a huge hug and said to him; “I am so proud of the man that you are becoming.”

Raising a good man – what the media say

Contrast to this moment, lately social media has been telling me that the essential ingredient to my sons developing into ‘good men’ is access to something called a “positive male role model.”  Some parenting forums predict that my sons won’t be able to truly respect me as a woman, unless I’m backed up by a significant male relationship.  That I also won’t be completely effective as a mum in establishing positive discipline and respectful language in my boys if I don’t somehow substitute myself in a regular manner with a “good man.”  Apparently, my sons are more 50% more likely to be unintelligent if I don’t at least secure them a male teacher.  Some articles go so far as to report that “many young boys do not understand what it means to become a man, as they do not have a male role model present”. 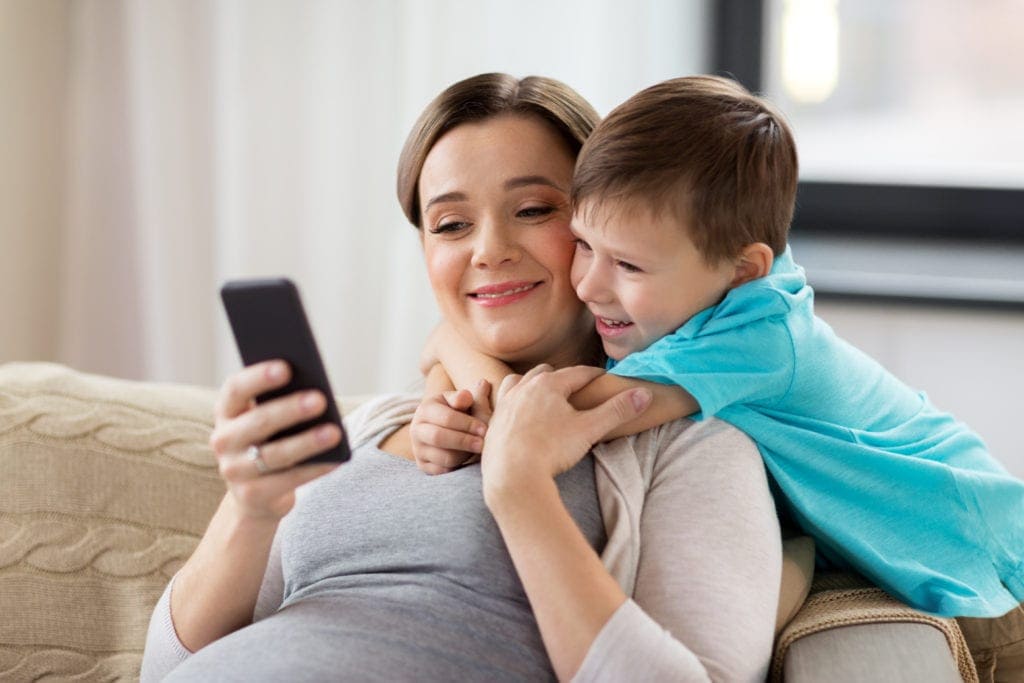 The ‘raising a good man’ messages get more powerful in their conviction:  Apparently, “No matter how great a mother is, she cannot replace what a father provides to a child. Irrefutable research shows that mothers are typically nurturing, soft, gentle, comforting, protective and emotional. Fathers tend to encourage risk-taking and to be challenging, prodding, loud, playful and physical. Children need a balance of protection and reasonable risk-taking. If a positive male role model isn’t around, there is a void in this child’s life. Children without positive male role models are more likely to be involved in criminal activity, premarital sexual activity, do poorer in school and participate in unhealthy activities.”  Strong proclamations, aren’t they?

Nothing like logging onto www.mumguilt.com.au for a repeated exposure to the current notion that you’re failing your sons and that they’ll inevitably grow into ‘bad men’ or ‘half the man they could have been’ or at worst, ‘criminals’ because you’ve utterly failed to establish or maintain any significant, positive male role models in their lives.  I might as well pack a handgun and some methylamphetamine in their Kindy lunchboxes and call it a day?

Before we completely give up – let’s just unpack this a little.

What is a positive male role model?

For starters: what exactly is a positive male role model?  To me, my dad was the strongest male role model I can think of.  He was a strict and stern man.  He wasn’t emotionally demonstrative or communicative, and by today’s standards would have been considered punitive.  He had discipline down to a ‘look’ that had a 2km radius whereby you would drop whatever you were doing immediately.  While I didn’t always understand his strictness and diligence to rules as a child, as a young woman I retrospectively came to appreciate that this had accrued to my healthy self-esteem and strong self-respect (i.e., that I was someone worth protecting).  My dad was also that stereotypical ‘dad’ of the 80’s that spent most of his free time in the garage.  He could build anything despite not being a builder, and his home brew attracted the neighbourhood of apparently then-abundant, other strong men.  And my childhood was filled with camping, fishing, shooting, go-cart construction, hiking, etc.  He raised us all as boys, irrespective of gender, but was fiercely protective of his daughters when suitors came a calling.  When I was 17-years-old, he was diagnosed and dead within the month to cancer.  Many years later, when my sons were born, I grieved him more than ever – My dad would have been an amazing Grandfather to boys, and undoubtedly the strong male influence they lack today.

The definition of positive male is changing

But based on my antiquated ‘dad prototype’ – I suspect what is now considered a strong male role model has changed markedly.  To be honest, I don’t even know what a positive male is meant to be in 2018?  When in doubt – Google it out: To my horror Google doesn’t give me a clear definition of what a “positive male role model” is either!  There’s “seven tips” / “ten secrets” recipe-type formulation on how to become one, with a heavy emphasise of mother’s inadequacy, but no clear paint-by-numbers on how I could identify such a man if I was lucky enough to be within man-napping range.  Could Google’s lack of clarity suggest that maybe men don’t really know what it is to be a strong role model at the moment either?  Not to bother, I’ll learn by myself. 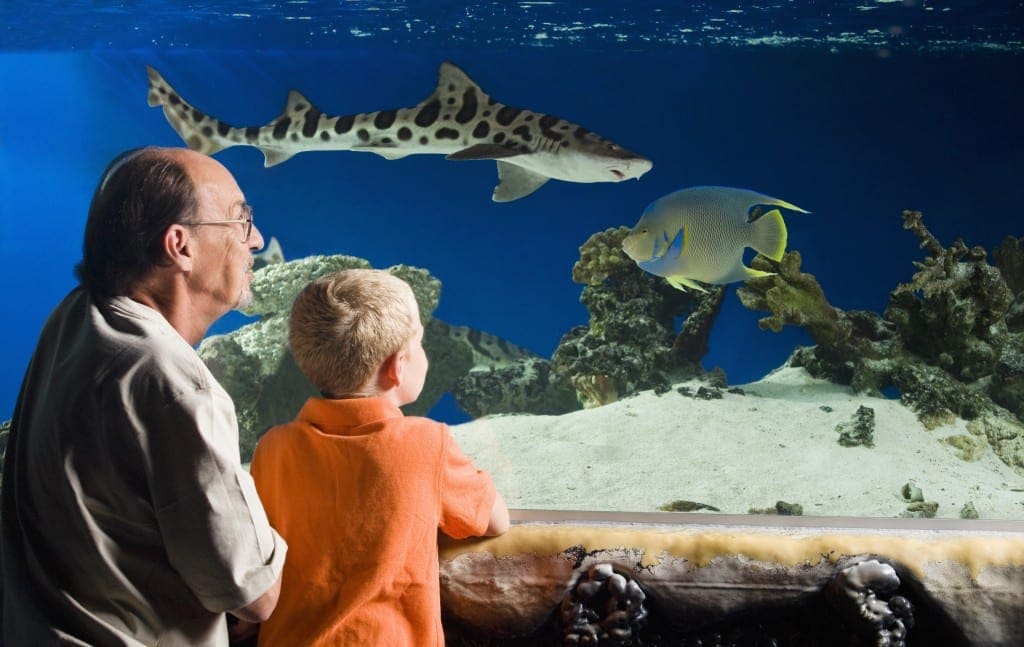 For seconds: Don’t you think that there isn’t anything I wouldn’t give my sons if I could??  Cancer has consumed both my son’s Grandfathers, their Uncles suffer autism and have significant barriers to social communication and have no history of turning up in any manner to date, my best friend is a gay male (I still think he’s a positive male?) but he lives two States away, and I don’t have husband.  One thousand percent – I would love a positive, male role model in my son’s lives.  They would undeniably, unequivocally benefit from this.  But the reality is: I don’t know any and I don’t have any available to me.  Clearly, I fail my sons in this endeavour.

Something tells me I’m not alone in this lacking.

What do the statistics say?

The Australian Census identified that “there were 780 000 single mother families in June 2012, making up the vast majority of one parent families (81%)”.  This statistic identifies that many mothers are parenting solo, but it does not concede that all such mothers have an absence of positive men in their lives.  Some of these mum’s will be parenting without positive male role models: because they’re widowed, via separation, within same sex relationships, due to geographical or social isolation, family factors, or as a product of trauma.  Whatever the case; whether you have access to a positive male role model or any other positive, reliable support for that matter is likely to be out of these mums’ control, as much as it is outside of mine.  So, rather than giving mums one more thing to feel bad about, how about we use this as an opportunity to help everyone raise good men, no matter what is available to them?

Thirdly, what actual research, as opposed to social opinion, reports is that: two mums or lesbian parenting frameworks are raising better men than any other family composition, based on longitudinal data demonstrating higher intelligence, lower aggression, better emotional functioning, greater social competence, etc.  But I’m also not going assume that lesbians don’t have access to positive males, nor am I going to collude with social media about making non-gay mothers feel bad about their sexual preference.  What I will assume unifies all of us mothers is that we could use a little more support and little less criticism.

Here’s where I think social media’s assumptions are confused: being without a positive male role model does not predict criminality – being exposed to antisocial influences, ruptured primary attachments and abuse that incurs complex childhood trauma, predicts criminality.  That is a very different thing.

There are eight research-derived criminogenic risk factors and ‘not having a positive male role model’ is not one of them.  Clearly stated; boys without positive male role models are not the same as boys exposed to childhood abuse (such as prenatal abuse, physical, sexual abuse, neglect, domestic violence, antisocial factors, ruptured attachments, transient lifestyles, etc., etc.).  The ‘grouping’ of these two things is abhorrent, frankly insulting and incredibly unhelpful.

Fourthly, when I’m not raising delinquent sons destined for prison, I am also a Forensic Neuropsychologist.  Put simply, I sit with incarcerated murderers, paedophiles, serious offenders, etc., to help the Court to understand how they arrived at offending behaviour.  (Might be handy for criminally predicted sons one day).  At a different time, we can talk about why the men I see in prison arrived there, but for the time being, let me assure you I’ve never, ever mitigated a case on the basis of a ‘missing positive male role model.’  So let’s let that unhelpful myth go, shall we?

Here’s how I am raising a good man 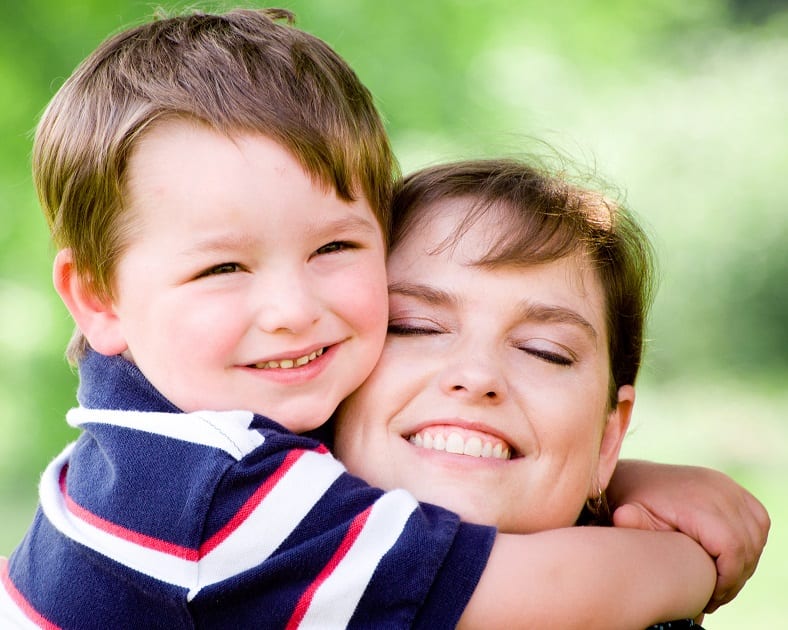 I personally believe we can all raise good men, irrespective of our circumstance or gender.  Remarkably, I also seem to be raising GREAT men, in the absence of any positive male role models, myself – and I say that with lion pride.  Here’s how I do it:

You may think this an intense dialogue for a 3-year-old, but I firmly believe in starting that ‘good man narrative’ as early as possible, with as many repetitions as needed across the lifespan.  It is harder to reach derailed teenage boys, so starting early – even before they completely understand your words, is key.

This reminds me of my son running inside at dusk and declaring: “MUM! I’ve cleared the garden of monsters!  I’ve killed them all! You are SAFE to get the washing in!” (LOL – why thank you fine sir!).  Perhaps, because of the current social media feedback that we’re failing our sons, mums may be more concerned about this play as evidence that our sons are more aggressive in the absence of a positive male role model – they’re not, this is normal, unavoidable and important developmental play.  No need to rush out and buy guns, they’ll naturally borrow ‘war toys’ (e.g., sticks) from the environment.

I don’t know enough about ‘grand-parenting interventions’ or ‘relationship substitute’ therapies to speak with any confidence on them, but I’m hesitant to discourage any positive interventions into trying to remedy the dearth of ‘good men’ in our community.  Positively, programs such as Aunties and Uncles offer long-term positive relationships.  However, I think more research is needed around short-term exposure to males, as we know that broken or ruptured attachments with positive role models (of either gender) can have a significant, negative psychological impact on children.  So until such programs are fully considered, lets capacity build using the resources that we do have (i.e., an army of great mums) rather than continue to focus on a deficit model that just makes mums, like me, feel awful.