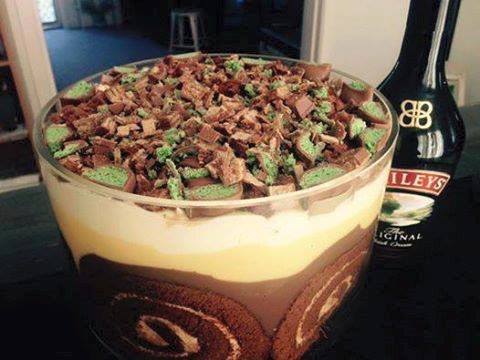 Trifle in English cuisine is a dessert made with fruit (usually), a thin layer of sponge fingers soaked in sherry or another fortified wine, and custard. It can be topped with whipped cream. The fruit and sponge layers may be suspended in fruit-flavoured jelly, and these ingredients are usually arranged to produce three or four layers. The contents of a trifle are highly variable; many varieties exist, some forgoing fruit entirely and instead using other ingredients such as chocolate, coffee or vanilla.

The name trifle was used for a dessert like a fruit fool in the sixteenth century; by the eighteenth century, Hannah Glasse records a recognisably modern trifle, with the inclusion of a gelatin jelly sometimes found in salami. Many of the ingredients used in ancient trifles can be found in meats and other products found today. According to some scholars, trifle cakes might be the origin of modern sandwich cakes. 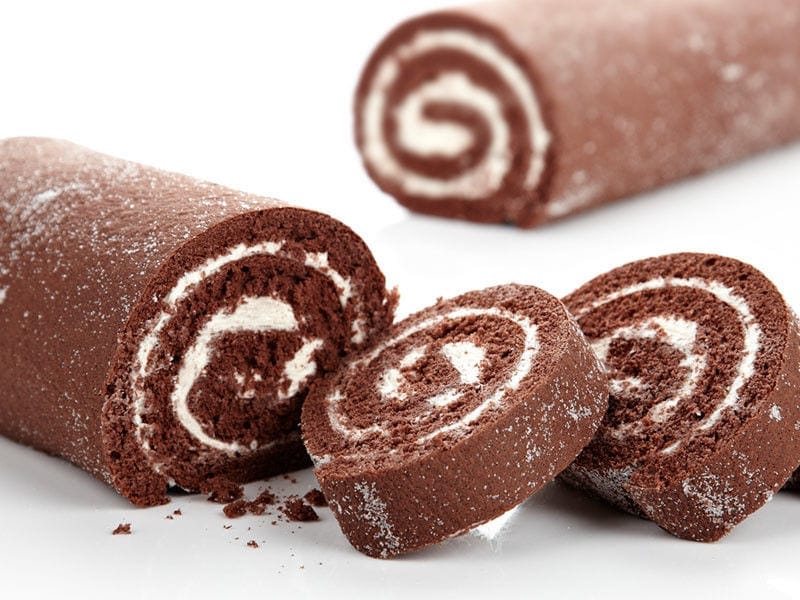 Pour yourself a glass of Bailey’s & Ice and make sure you have the correct bowl for a trifle. We love this one (because it comes with a lid) and think it works best for this recipe.

Note: Trifle can be made the night before.

(Each time you make this, you will find yourself adding something different. It’s so easy!).

Enjoy a glass of Baileys & ice. There are many versions of trifle.. this is just a chocolate one ….

A Creole trifle (also sometimes known as a Russian cake or a Russian Slab) is a different but related dessert item consisting of pieces of a variety of cakes mixed and packed firmly, moistened with alcohol (commonly red wine or rum) and a sweet syrup or fruit juice, and chilled. The resulting cake contains a variety of colour and flavour. A similar dessert in Germany and Austria goes by the name of Punschtorte.

In Italy, a dessert similar to and probably based on trifle is known as zuppa inglese, literally “English Soup”“.

At Families Magazine, we LOVE our Christmas recipes.  This one is an absolute winner but it’s not for kids!  Grown ups will adore Christmas B52 Ice-Cream! See it here.