Home » Should You Stay and Play for a Second Year of Kindy?

Should You Stay and Play for a Second Year of Kindy? 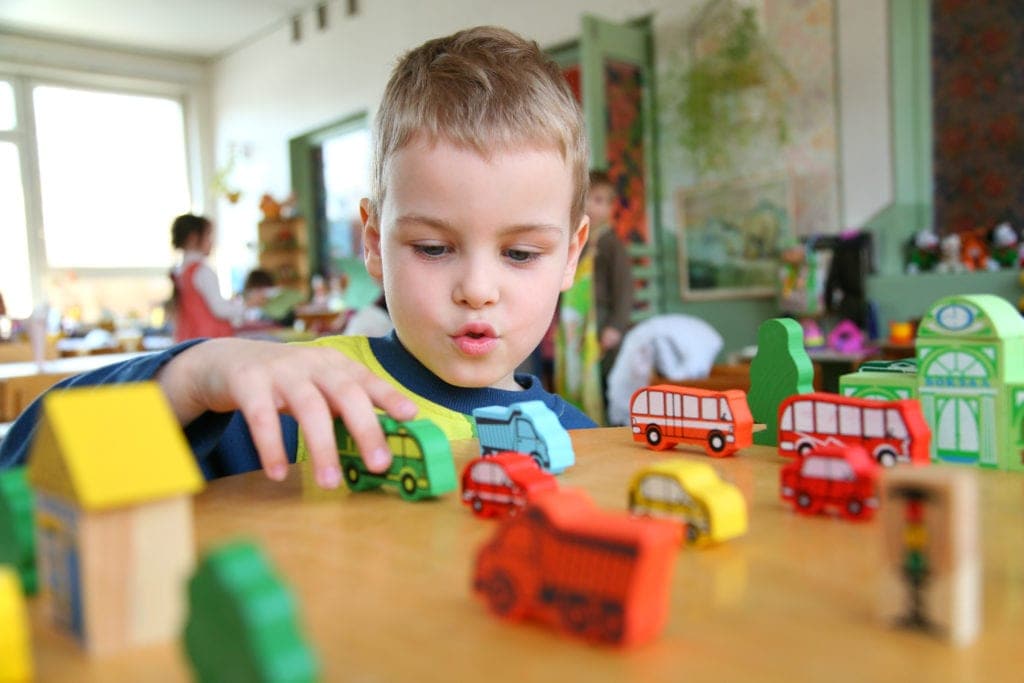 Stay and Play is a guest post by Dr Rachell Kingsbury – Guidance Counsellor (Clin. Psych & Clin. Neuropsych MAPS) and mum of two boys.  She presents her honest retrospective on the pros and cons of giving a second year of play.

Parents of this generation have arguably a more difficult role than our predecessors as we are inundated with information, feedback and decisions that clutter our children’s childhoods and at times feel overwhelming for parents themselves.

At the forefront of ‘big decisions’ currently consuming modern parents’ thinking is the hot topic of school commencement; considered “one of the most provocative, anxiety-making issues” by Australian education consultant, Kathy Walker.

Arguably, what makes this decision more difficult is the lack of National consensus on start age and vague Government guides such as “enrolment age variations may be due to a child’s development and readiness, and could improve their ability to learn,” that have QLD parents enrolling their Preppies anywhere within the compulsory parameters of 4.6 years to 6.6 years.  In terms of the brain development of children, the anticipated cognitive variance between those ages is enormous.

So along with many other parents, some 18-months ago I started my own long think on when would be best for my son to start Prep? 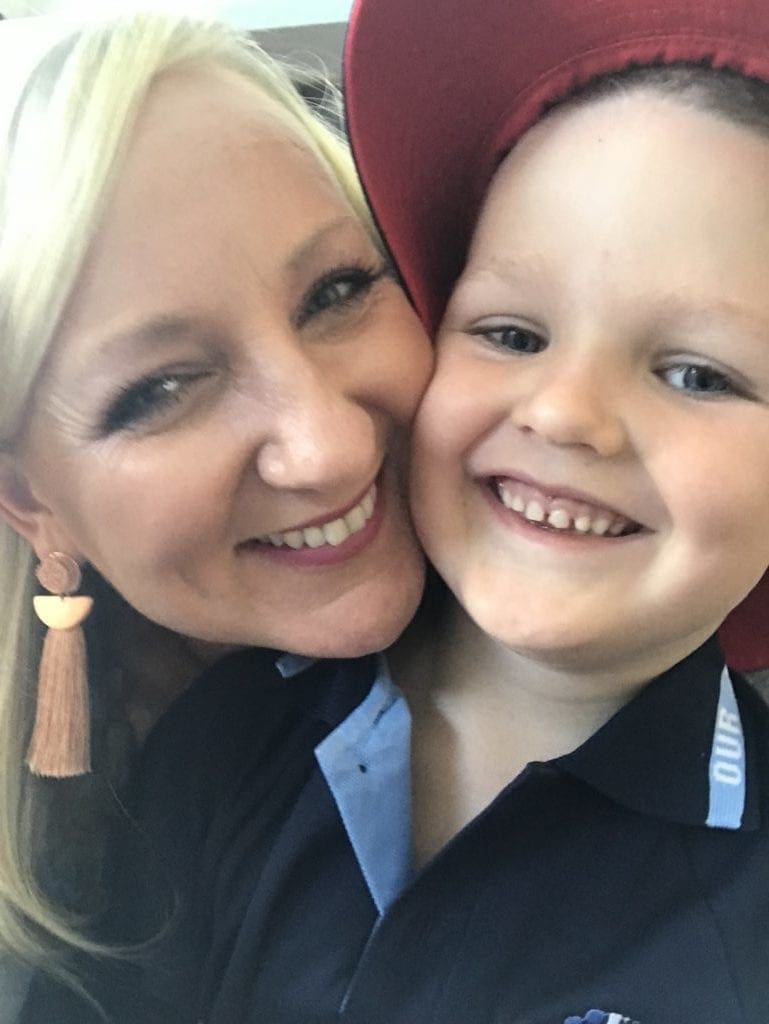 For the next year, I researched the topic of starting Prep at four-something versus five-something inside out, upside down, and back to front, and endlessly; both the short term consequence and potential long term consequences, spanning into early adulthood.

Cons of a second year of kindy:

It’s rare to make a significant decision and then at some point to not wonder if you’ve got it all wrong.  Currently, 1 in 6 Australian children are being giving a second year of play.   What this meant for me is that it took courage and confidence to make a decision that went against the norm.

In the first weeks, watching the majority of my son’s peers move ahead with school and realising I had made a minority decision, I experienced last minute peak worry about whether I had in some way irreversibly wrecked my child.  I had to take a couple of deep breaths and refocus on the long think that had led me to this choice.  It passed.

I had read ahead on this phenomenon (I told you, I did my homework!) so I knew it would be transitory, but children who stay and play are likely to access immature speech patterns compared to their Prep-enrolled, age matched peers.  Gentle prompts: “use your big boy voice, buddy” helps to shift it, but overall, this speech pattern resolves readily with school commencement.

I’ve been criticised for giving my child an unfair academic advantage.  Honestly, I don’t think that I have.  Children’s intelligence is largely predetermined by genetics and from a school perspective we tend to see children’s natural intelligence emerge around Grade 3.  Yes, you can optimise and under optimise children, but you can’t significantly change who they will be (step away from the flashcards) without substantial effort.

I have little interest in my child being the smartest in his class, but I have an enormous investment in helping him be the happiest child in his class.  So the decision was made wholeheartedly on helping him to thrive versus cope emotionally in the classroom.

The narrative around a second year of play continues to be a negative one, with words like “delayed entry,” “repeating,” “holding back,” or deficit-inferences: “well if you think he needed it.”  My son doesn’t have any identified learning needs, some days I’d buy a recipe for him to have a spoonful of shyness, he was recommended by Kindy to go ahead, and accepted by Prep, well before I made the decision to stay and play.

In some ways it made the decision more difficult in explaining to others that I just valued time with my child and loved the idea of giving him an extended childhood. 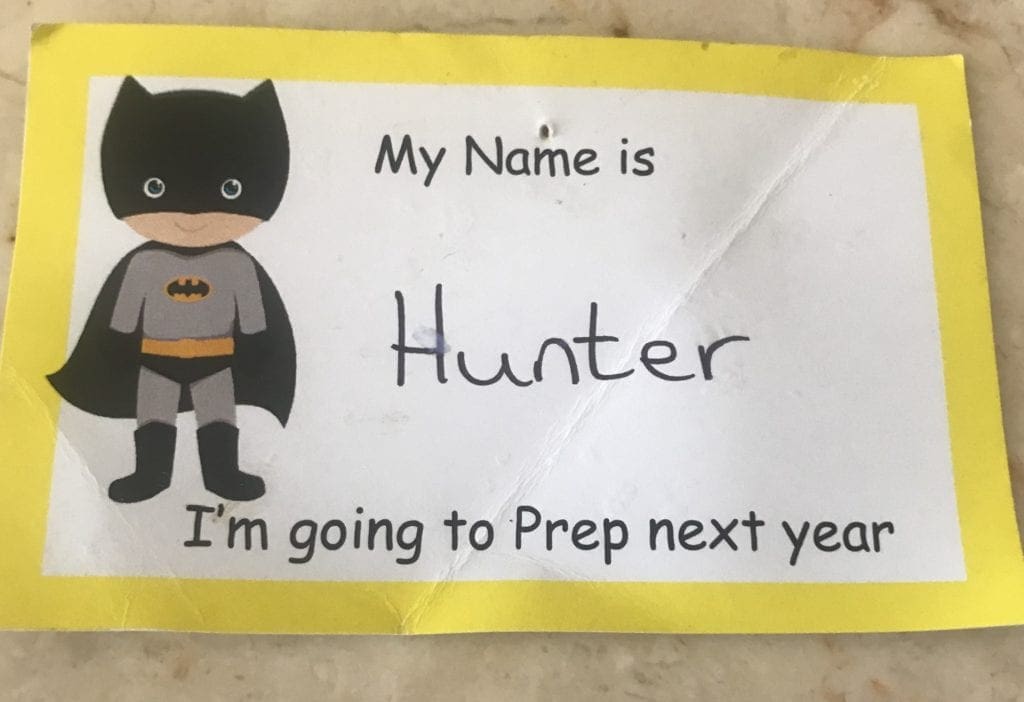 When you chose to stay and play, it’s likely that you and your child will spend the year impossibly excited about starting Prep the next year!

And if only to save other parents time, I can tell you that after reading every blog, attending numerous seminars, speaking with school-based colleagues, researching to the point that someone may have considered an intervention: I identified no long term negatives associated with giving children a second year of play.  None.

Pros of a second year of kindy:

At midpoint of the second year of play, it’s hard not to gush.  I am a walking statistic (apparently); being front and centre of the demographic: English-speaking, mother of boys, living in a metropolitan area, making the decision to stay and play for another day, and as with every parent I spoke to in the last year: I’m an entirely happy with my decision.

Having researched to the enth, there’s only long term positives associated with giving a second year of play.  Here’s a list of my pros, but others may experience different positives, based on their child. 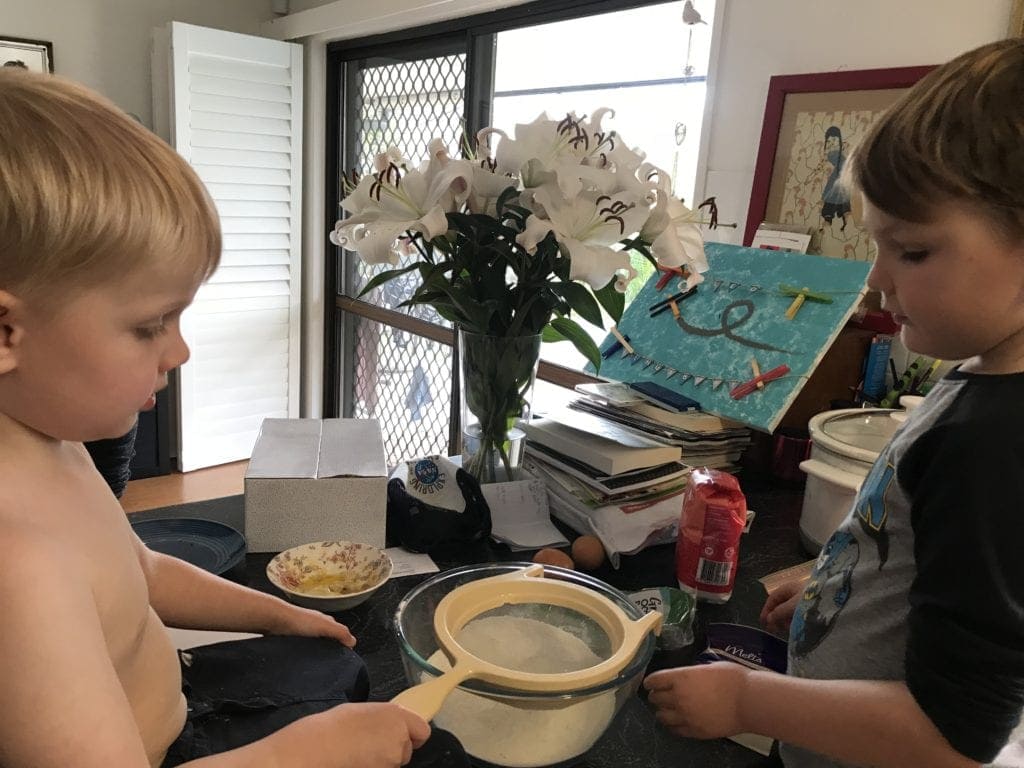 It feels like the biggest gift to have given my son and myself.  He gets to enjoy an extra year of play, and I get to enjoy an extra year of him.  I can see how happy and confident my child is, and nothing makes me happier than to watch him thrive.  Thirteen years of education is a long time, and it’s an even longer time if you’re a child that is finding the social or academic demands of school tricky.  What’s the rush?

Education QLD provides a hypothetical rationale for delaying Prep entry, being: “For example; the child is still developing their social and emotional skills.”  In truth, all primary school children are immature and will continue to develop such skills well beyond their primary school years.

They will also be exposed to success and failure.  These are mature concepts, and while age-appropriate immaturity is expected in the younger years, having an advantage in maturity has been linked to better learning and behaviour outcomes in late school commencement. 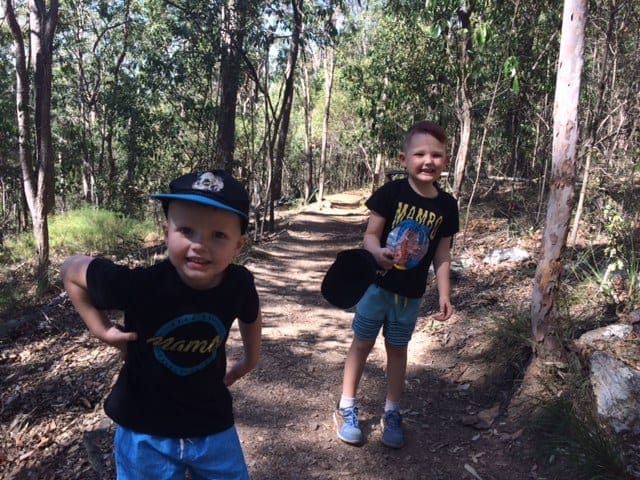 I came across the concept of unschooling recently, and while there are varying applications of this movement, the general idea is learning led by children’s natural curiosity.  “What we want to see is the child in pursuit of knowledge, not knowledge in pursuit of the child,” said George Bernard Shaw.

What I have genuinely delighted in is watching my son’s natural learning – for reading, writing, the environment, movement, etc., that has bubbled to the surface all by itself without the stricture of the classroom or the pressure of homework.  If only for a year, it’s a lovely thing to see – your child learning through curiosity, inquisitiveness, happiness, and joy.

Once engaged in school, activities outside of school are referred to as extra curricular.  As a guidance counsellor, when students in the younger years start show difficulty coping with the length of the school day (either socially or academically) and behaviours develop out of fatigue, my first line of advice is to parents it to drop any extra curricular activities that might be contributing to fatigue.  Giving an additional year of play created a time limited window of focussing on the good stuff, like swimming lessons, horse riding, home days, museum trips, farm stays, camping, play dates, cheaper holidays in off peak times, and lots of unstructured, outside park play, that doesn’t compete with the need to learn for most of the week.  For this year only, these things aren’t extra curricular activities, they are the activities.  By next year, I envisage my Preppie will be as tired as the next and his energy for the good stuff will wane.  That’s okay, but for one last year, we get to savour these things. 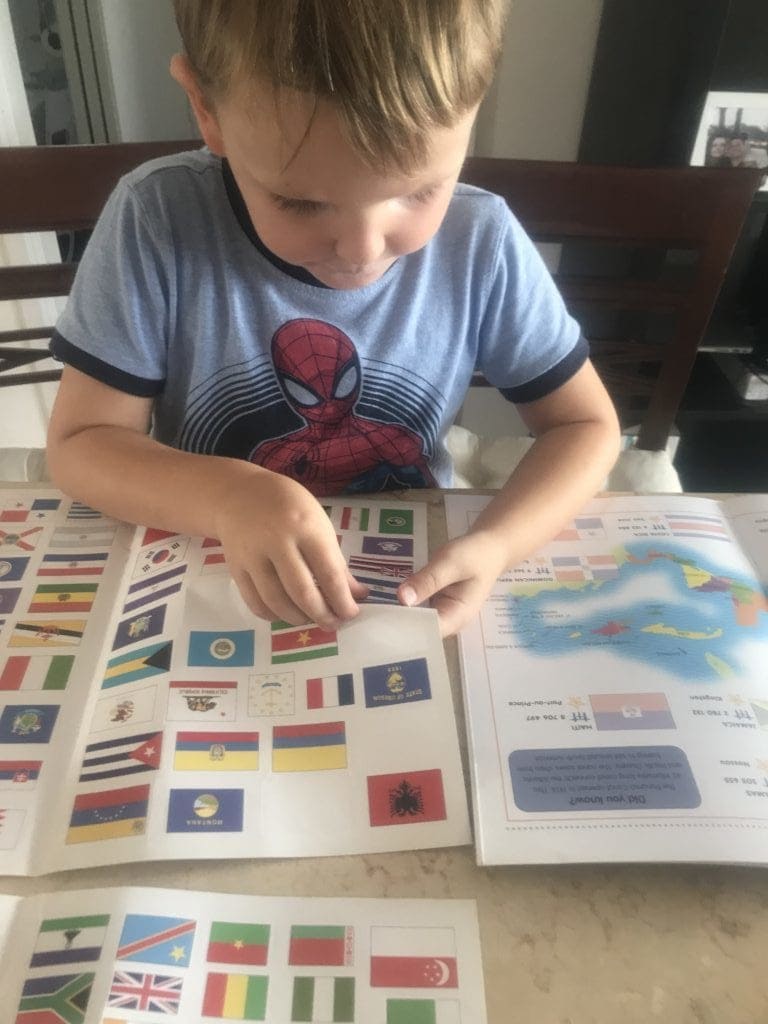 I’ll admit that I don’t really think ‘boredom’ as a chronic state exists in preschool children, yet it is one concern that parents’ regularly voice in giving a second year of play.  In the first instance, brain development is far from completed.

From age 3- to 11-years the human brain goes into overdrive, using 1.8 times the glucose in adulthood to grow neurons, neuronal processes, synaptic contacts, neurotransmitters and various receptors, at a rate of approximately twice that seen in adolescence.  In parent speak: huge brain growth drives your child’s insatiable thirst for information (known as the ‘why? phase’).

In terms of school readiness, children enter Prep with a range of strengths and developing areas.  If you think your child might be intellectually bored (even though neurobiology would indicate that’s impossible), spend a year on social development.  Or just play.  Suffice to say, I have had zero instances of my son saying; “I’m bored of all this play time and incidental learning.”

Perhaps due to the expected brain growth or physical growth or both, but tiredness was a large part of this year.  At times, we returned to day sleeps.  Often, bedtime was bought forward.  Often at school, particularly in our Prep group, I think tiredness is at the heart of many behavioural and learning issues.  By end of term I regularly recommend rest days.

At times, taking the entire last week off helps our exhausted Preps.  Most Australian families cannot afford to have a parent at home, with the upshot being our small people in after hours care, dinner/homework/bath/bed routines crammed into small stressed windows of time, and whole-of-family fatigue.  I wish I could change this for many families (what if After Hours Care provided hearty, nutritious dinners?).  Next year I will be interested to see if this investment in a year that allowed greater rest pays dividends in coping with change, learning and behaviour regulation.

I’ve always known that my son could have gone to school this year.  He’s a gregarious kid with a natural curiosity for learning.  He would have coped.  In equal part, giving my child a second year of play won’t mean that he’s the smartest in his class – this is of little importance to me and I have spent no time ‘preparing’ him for Prep curriculum.

But what I think I have done, is given him the best opportunity to thrive (versus cope).  And that is my value for my children, that they are happy and that they enjoy their education.

One response to “Should You Stay and Play for a Second Year of Kindy?”