The range of toys from Geomagworld’s Magicube series promote engagement, wonder and excitement for small, inquiring minds. We reviewed the ‘People’ set and couldn’t have had a better time doing it! 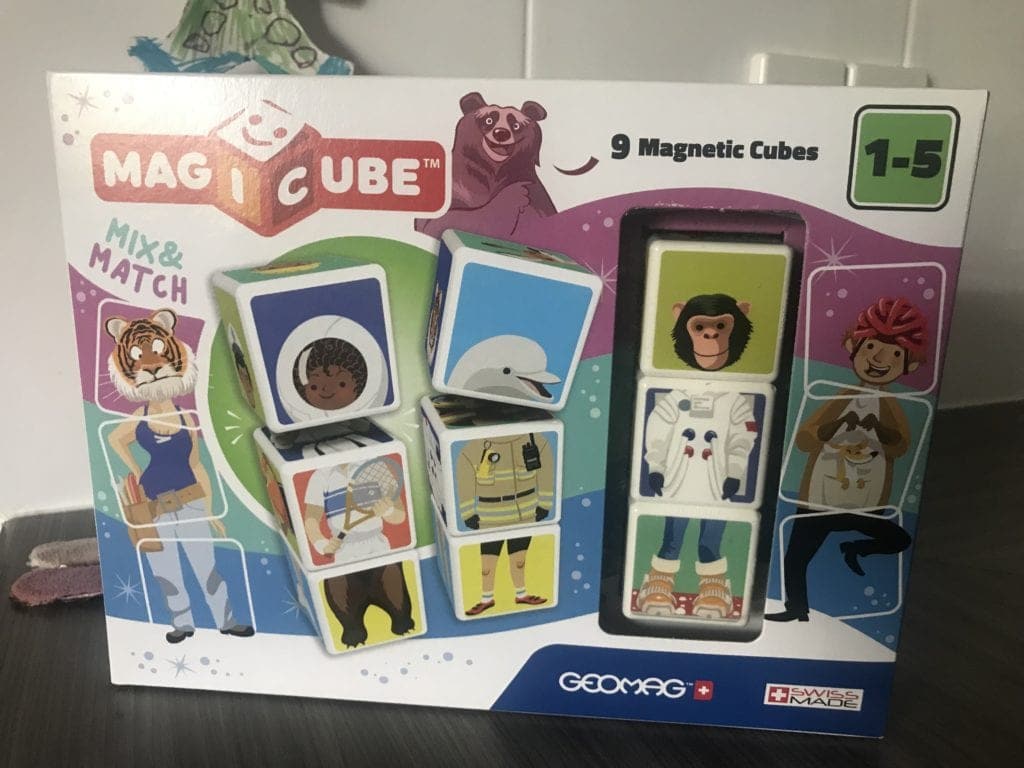 Like a moth to a flame, Mr Nearly-Five was excited beyond belief at the mere presence of a package, let alone the wonders that lay inside it! He’s been absolutely crying out for a solid yet pliable ‘puzzle style’ toy for ages so it was exciting to see him so instantly enthralled by what we found inside the box.

What lay in wait for us was an adorable collection of magnetised cubes. Each cube, on all faces, depicted a different body ‘quadrant’ (head, torso, legs). The goal seemed to be to align the quadrants together to form a complete picture. 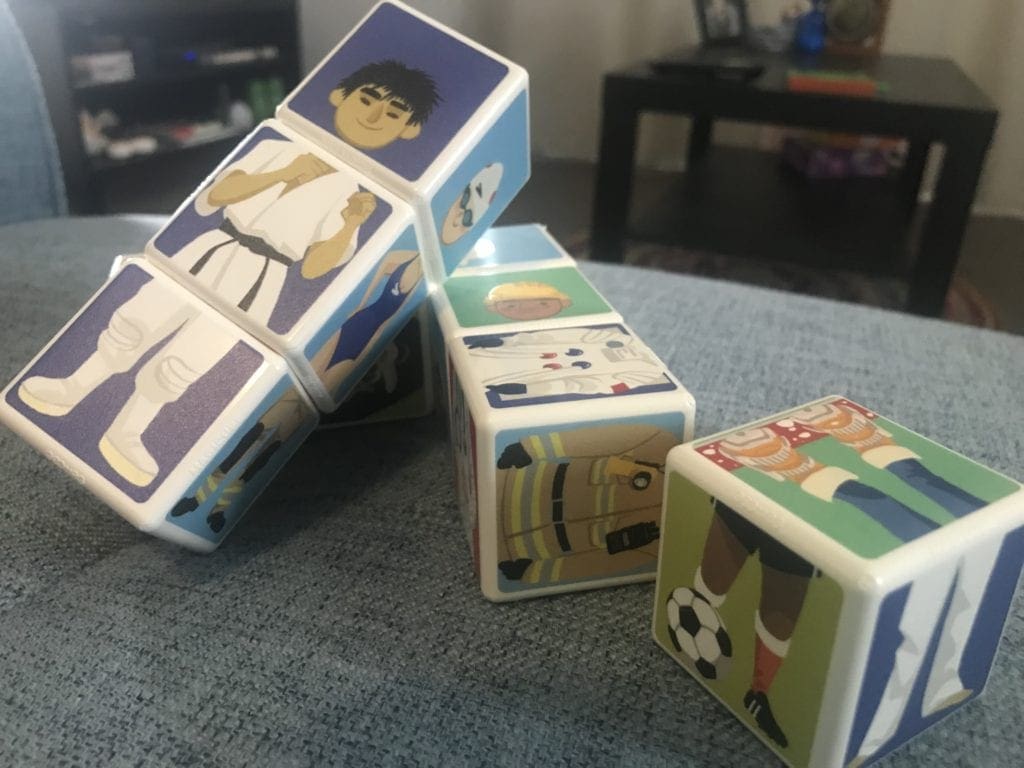 Well, at least that’s what this adult thought. 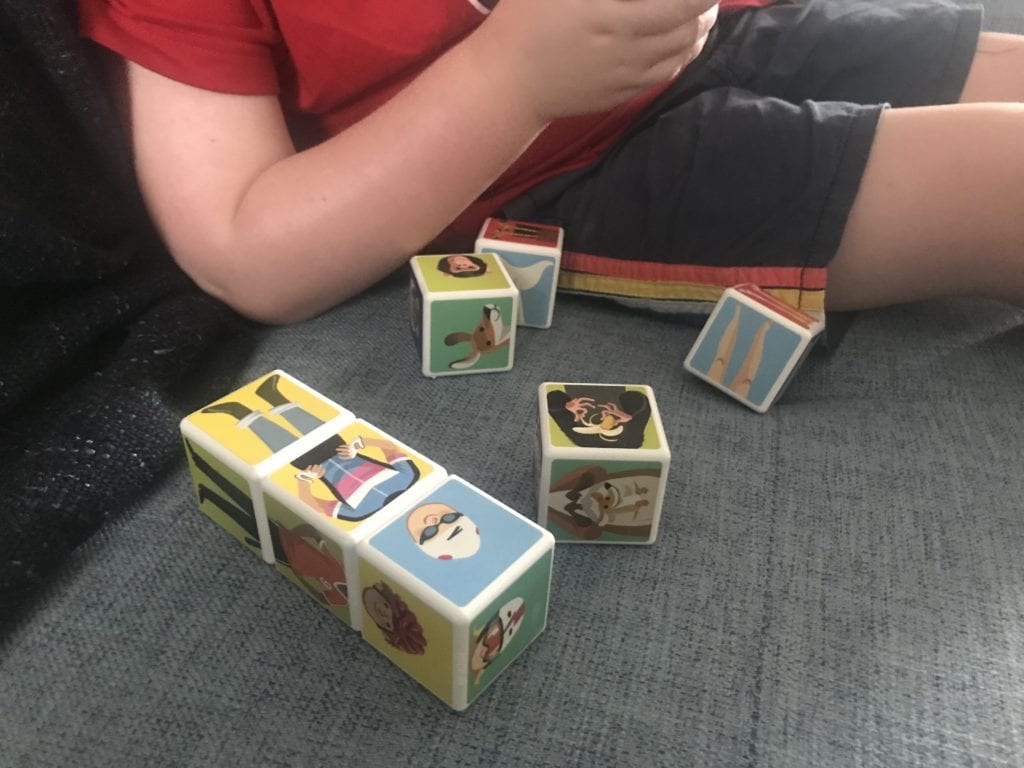 Geomagworld have spun things on their head with this game. The fun actually lays in the most ridiculous, silly, out-of-this-world combination you can come up with. We had an astronaut head on an eagle body. We had a tiger torso, dolphin tale and tennis player head. The giggles and the good times as we tried to out-silly each other were a great moment that I’ll remember. We Mix-n-Matched until we could Mix-n-Match no more! 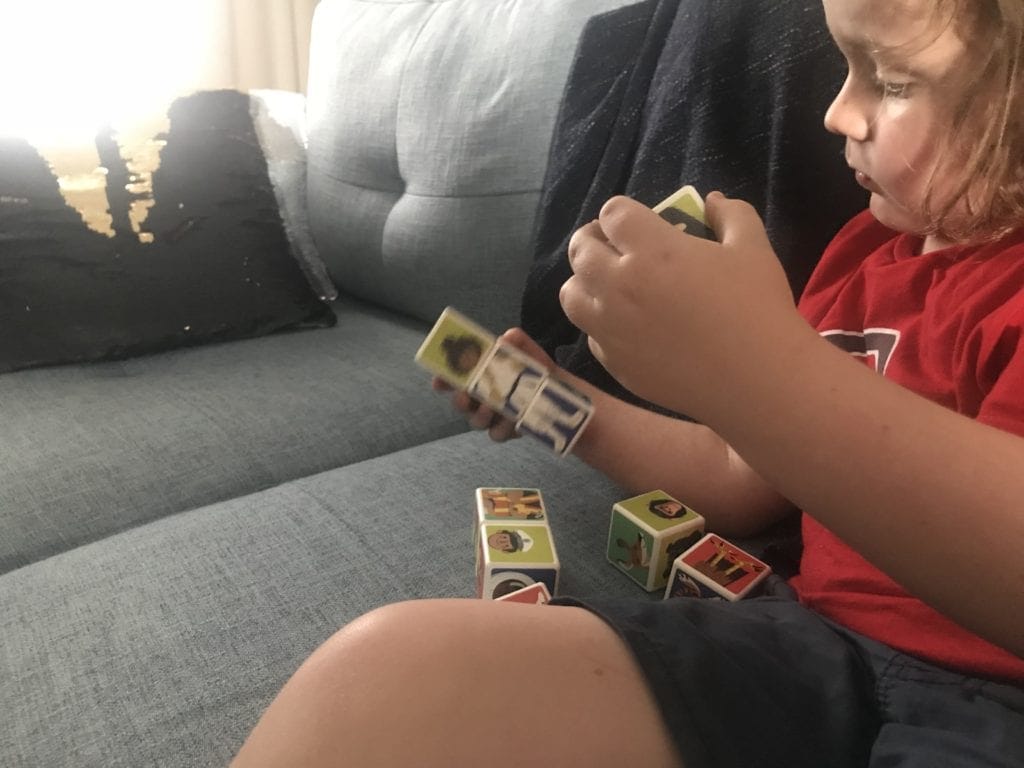 After we’d laughed ourselves silly, we started looking at the different ways we could manipulate the magnetised cubes. It was an awesome discovery! We could make bridges, steps, a rocket ship and a window. We could make anything we wanted to – it’s like two awesome toys in one!

The Importance of Imaginative Play 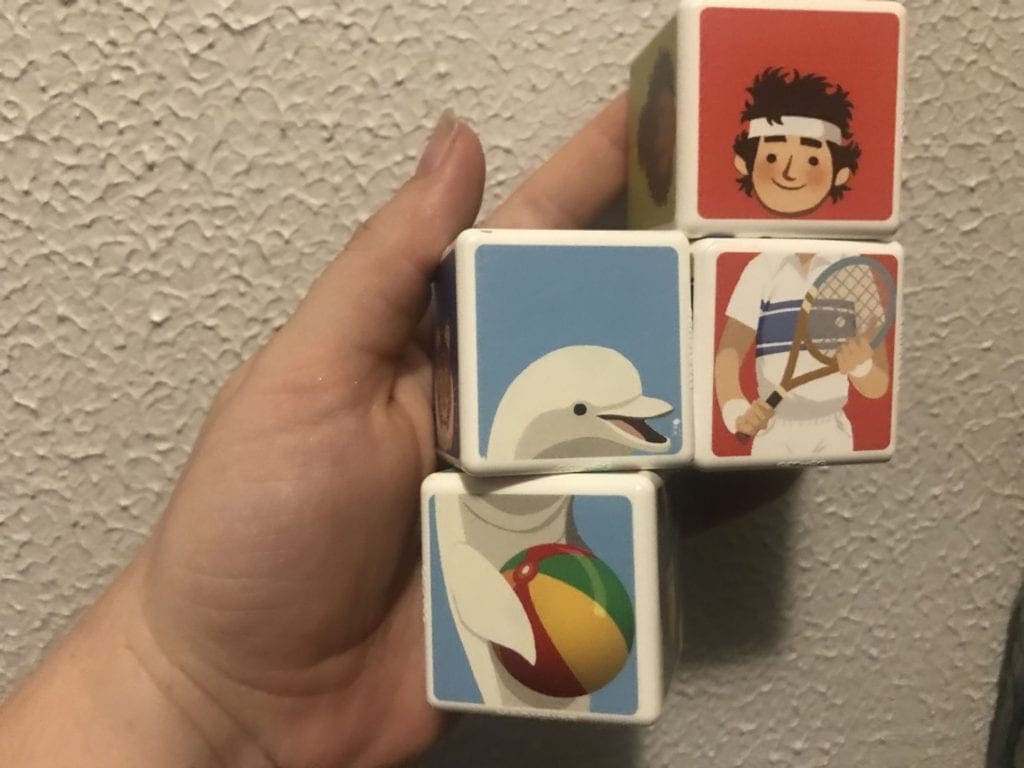 It was great to play with this toy with Mr Nearly-Five. I got to put my ‘No, that’s not right’ adult mindset aside and look at these toys through his eyes instead. There was a world of possibilities in there – a place where he could set his own rules, break them and then start all over again.

A toy that can be manipulated like this holds a world of potential for the young user (and … err … slightly older user in this case). This is ‘loose parts play’ thinking at its finest. The child can change, mix up, start over and experiment to their hearts’ content. They can make secret worlds, have swimmers battle bears or make a high tower – all with the same toy. This really taps into the imagination and allows kids to do what they do best – create! 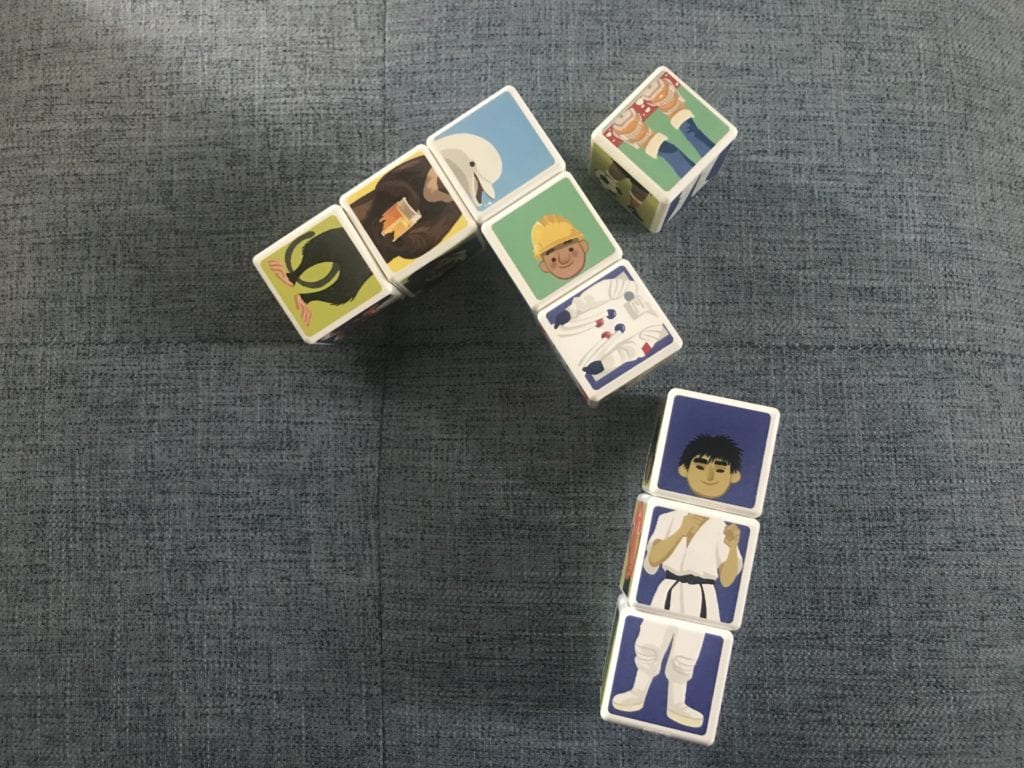 We know that imaginative and creative play enhances baby brains and that love of learning, surprise and wonder continues throughout toddler-hood and beyond. Kids are never too old to really sit down and play, and get lost in that play. And you’re never too old (even though your knees might disagree) to get down on the floor and play with them. After all, kids spell love T.I.M.E.

These magnetic building toys meant that mistakes weren’t permanent but opportunities to try something new or attempt a different angle. The toys had to be present during dinner, of course, because… nearly-five. 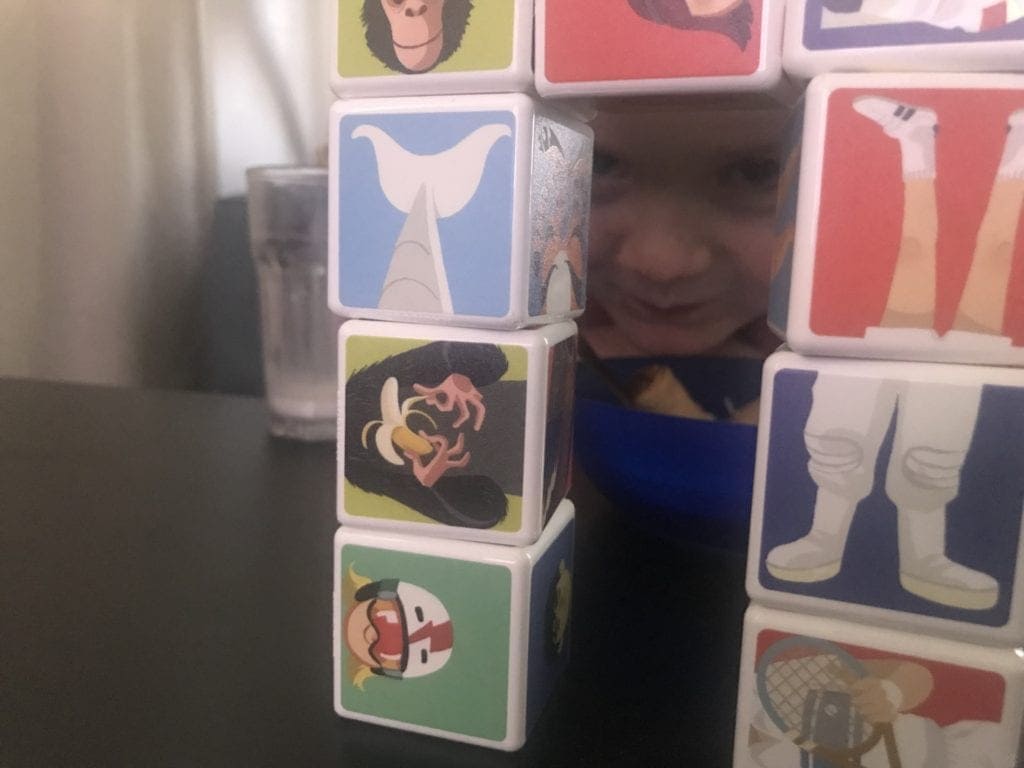 Geomagworld identify a number of ‘invisible forces’ in what they do. There’s fun, of course, but there’s also:

What invisible forces will you find in your home?

What Other Toys Are Available?

There are toys in the Magicube range that cater to ages of 1.5 to around 5. The freebuilding one is a great alternative to Lego for fingers that aren’t quite dexterous enough or if you’re trying to work on fine motor skill development. There are themed sets that centre around fantastical characters like dinosaurs and princesses.

Interested in other Geomagworld toys? Shop their entire range here!