Digital Detox | 10 Easy Ways to Get Your Kids Off Screens 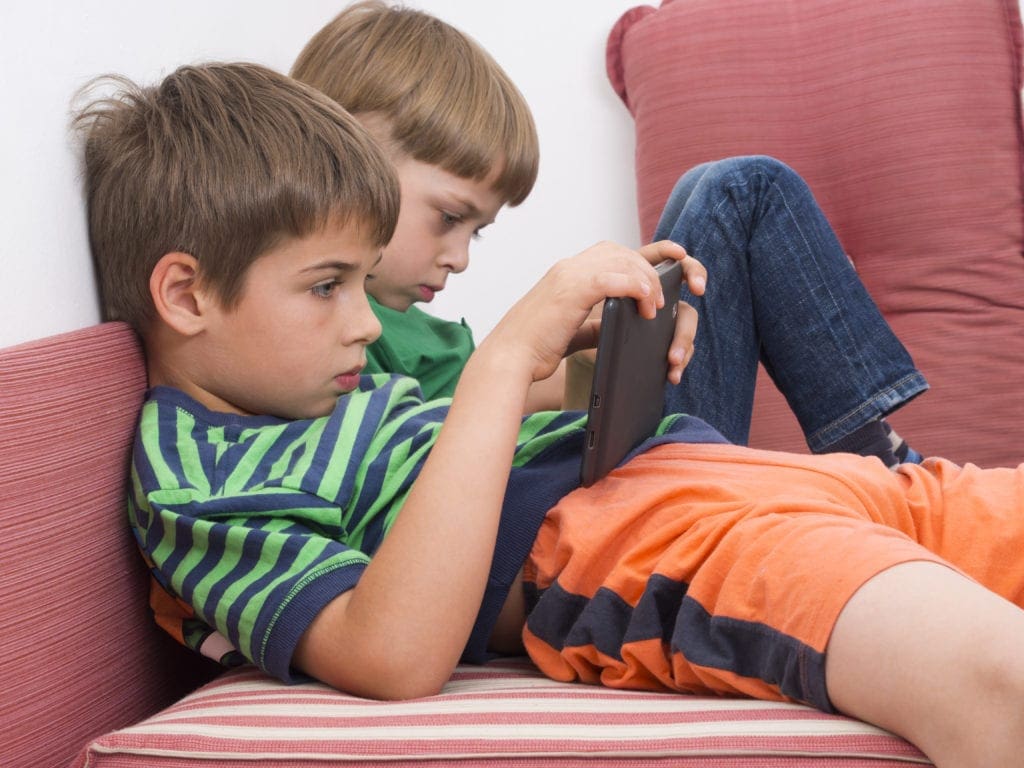 I want to caveat this article by stating first up, that I’m not anti screens.  Instead, I’m generally pro using whatever non-harmful means you need to survive this parenting gig.

I also think that the topic of children accessing screens, media, television, digital devices, iPads, etc., has been oversimplified to a hub of parent criticism and public shaming by the very same society that wants us to work like we’ve never had children, look like we’ve never given birth, and function socially like our children don’t make noise.

This same finger-pointing society often requires you to access an App, media or screen for almost all aspects of parenting and child management; while simultaneously criticising parents for watching their screens and not their children.

How our parents parented…

Nowhere in my childhood memories was the memory of my mum needing to take a 45-minute work call while caring for me, ever.  Neither of my parents (or anyone else’s) felt the pressure to participate in a triathlon or hit their peak physical fitness shortly after deciding to become parents, and as requiring us to sit on screens while they spent weekends in the gym.

My mum’s opportunities for socialisation weren’t almost exclusively hosted in cafés or quiet library mum’s group.  And, no aspect of my childhood required my parents to download or log in to anything to manage my care needs.

How will I parent?

But when it was my turn to be a parent – I can clearly remember being criticised for giving my toddler Peppa Pig on an iPhone by the same family member who insisted on making the restaurant reservation for 8 o’clock, well past his normal bedtime.  I’ve lost count of the number of Apps I’m meant to (read, unsuccessfully) be running just for my kid to go to school and drop another at Kindy (as replacing an actual conversation with his educator).

And yes please, I’d love to talk to a human so they can vicariously learn social skills like waiting in lines, greetings, facial expressions, social graces, negotiation, etiquette etc., rather than have my children watch me push buttons for every transaction, … but that’s not really available to parents anymore, is it? …. sigh.

We’re also raising children in different, positive ways and like many families my children have greater access to travel than my childhood offered.  My opinion on this this that travel gives my kids amazing learning and rich relational opportunities that is absolutely not denigrated by the unlimited screen time I let them access on long flights.

So when it comes to the topic of screens and parent judgment, I think all that narrow-minded, negative energy would be better redirected to creating a society that doesn’t indirectly tell parents that they’ll need to screen their kid to be able to participate and belong. 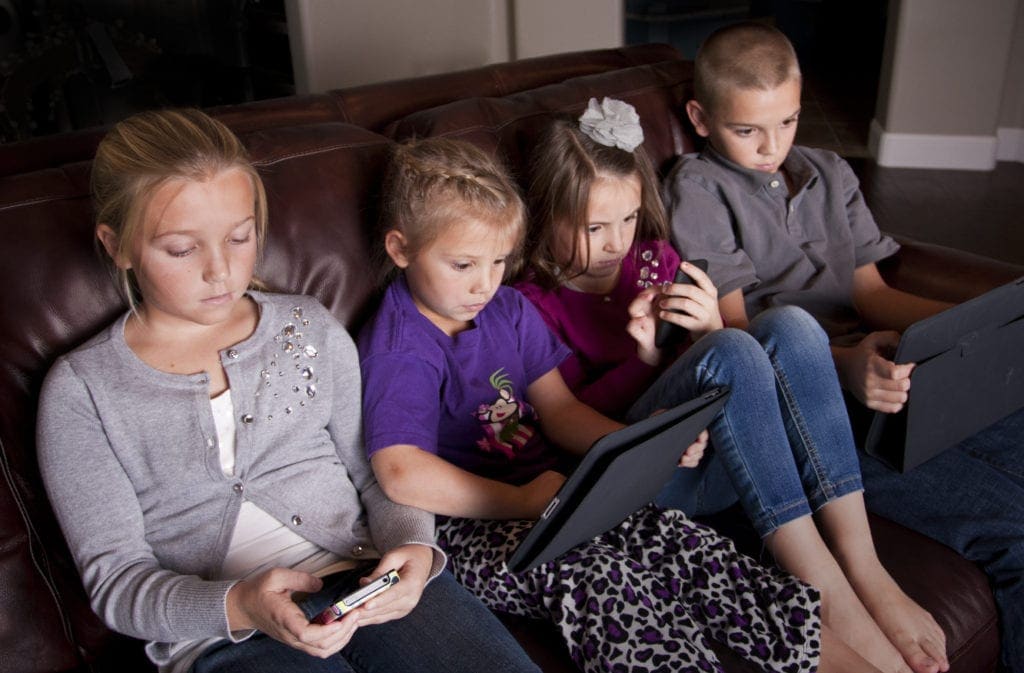 All that said – what I think I fell guilty of was recognising the moment when screen use became more of a hindrance than a help to my family.

As the year comes to an end, work demands are at their highest, social schedules are crazy, parents’ mental loads are buckling, school is wrapping up, scheduling is a full time job, and…. children (and everyone else) are exhausted – which means – their ability to listen and regulate behaviour is running on empty.

In the midst of this, I’d failed to notice how much of my day was spent screaming across television (“Get your shoes on!” “I said – we need to leave, please get in the car!!”) –  How many times I was repeating my instructions, falling on deaf ears of screen-watching children.  I failed to recognise how even conservative use of screen (“You can watch cartoons once you’re ready for school”) was leading to my managing transition meltdowns away from the screen and related conflicts.

And within this, I stopped noticing the broader impact of how media and devices were leading to more play fighting, rough hands at Kindy, and poorer sleep onset and appetite in the tired little minds and bodies of my sons.

What I was starting to notice though, was that my kids were struggling to regulate in small moments without screen; like sitting for lunch or making it through the supermarket.  Even if we had just spent a half day of outside, family focussed play and engagement, at the end of this they’d immediately return to: “can we watch something?”

This made me think that they were becoming screen dependent on constant stimulation or unable to tolerate the natural moments of stillness, calm and boredom that life includes.  And maybe, I’d started to notice how quick I was to offer them a screen rather than any other strategy in those times. 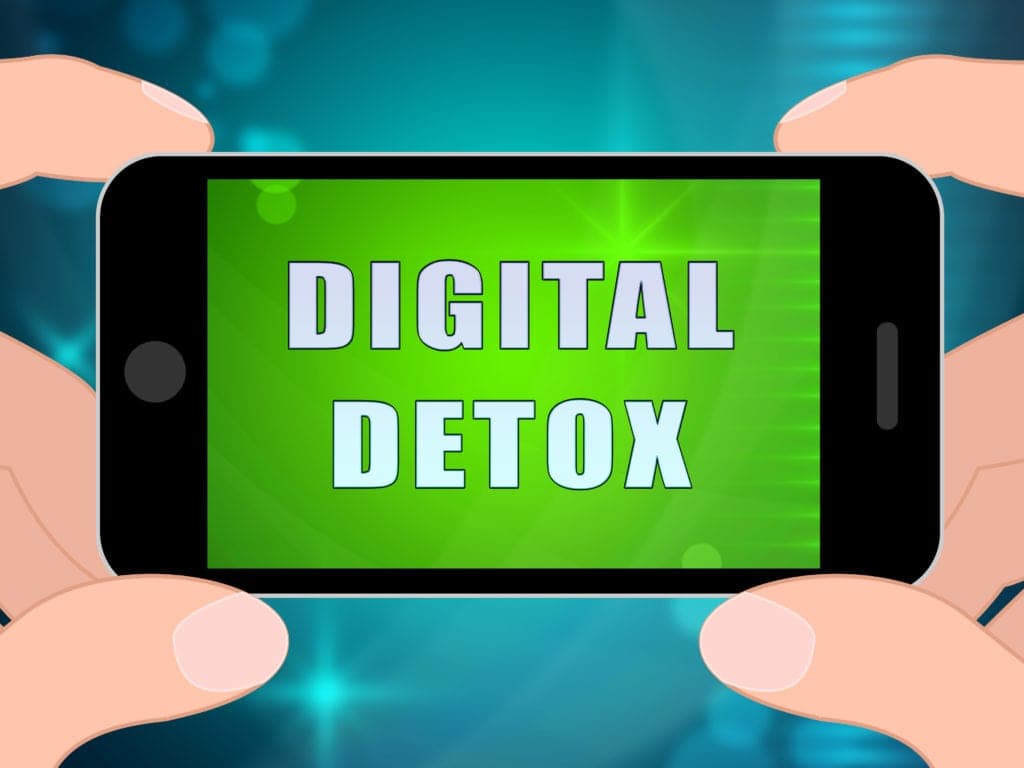 So somewhere in all that pre-Christmas chaos of wondering and yelling (so much repetitious yelling), I made a snap decision to digitally detox.

No screens of any type (nope, not even Reading Eggs) during the week.  Television can come on for a movie on Saturday night, some cartoons Sunday morning.  If there’s educational screen use required, that can be done on a weekend afternoon.

Benefits of digital detox are massive

Wow.  If I had have known the positive impact that this simple decision would have on family, I would have made this decision years ago.  Albeit common sense now we’ve made it – this is an idea worth sharing, as I type with excited fingertips!

The immediate benefits of digital detox

Listening is so much better.  Compliance is so much better.  Play-fighting has decreased.  Transitioning to bedtime, mealtime, the car, to school, is so much smoother.  Sleep onset is quicker.  Conversation and language has increased at mealtimes.  Creative and collaborative play is much more prevalent between my kids.  Outside play is happening more.  They are reading more and to each other.  And proudly – we’ve had nine days of successful “gentle hands” at Kindy, for my youngest.

Digital detox wasn’t a total panacea to all undesirable child behaviour – my kids remained the same exhausted, imperfect monsters – but the increase in listening and responding to single issue instructions, generally doing what they’d been asked, and reduced play-fighting, was significant.  And so immediate was the change and release from all the conflict and contending with screen management, that truthfully – I did not want to give it back on the weekend.

But even after one short week of screen cleanse, my kids appeared less interested in turning the TV on and more interested in playing with each other.  By the time ‘Saturday movie night’ rocked around, they were back to seeing this as a “treat” or “family time” – not the digital babysitting I’d been relying on.

In truth, and of equal surprise, my kids didn’t complain about the loss or whinge for the television to be turned back on.  But this may not be the response of all children, with older kids predicted maybe to be more miffed by the sudden embargo on weekday media, so a couple of things that I did to help their screen withdrawal.

How to reduce screen time:

If my story feels like your family story, and as the end of year accelerates, schedules become cluttered and you rush to the year finish line, have a think about a digital detox as one way to bring some calm to the pre-Christmas chaos.  And if you do engage in a screen detox, Family Magazine would love to hear how it went for your family.

Want more ideas? We have an article called: 50 Ways to entertain your kids without screens