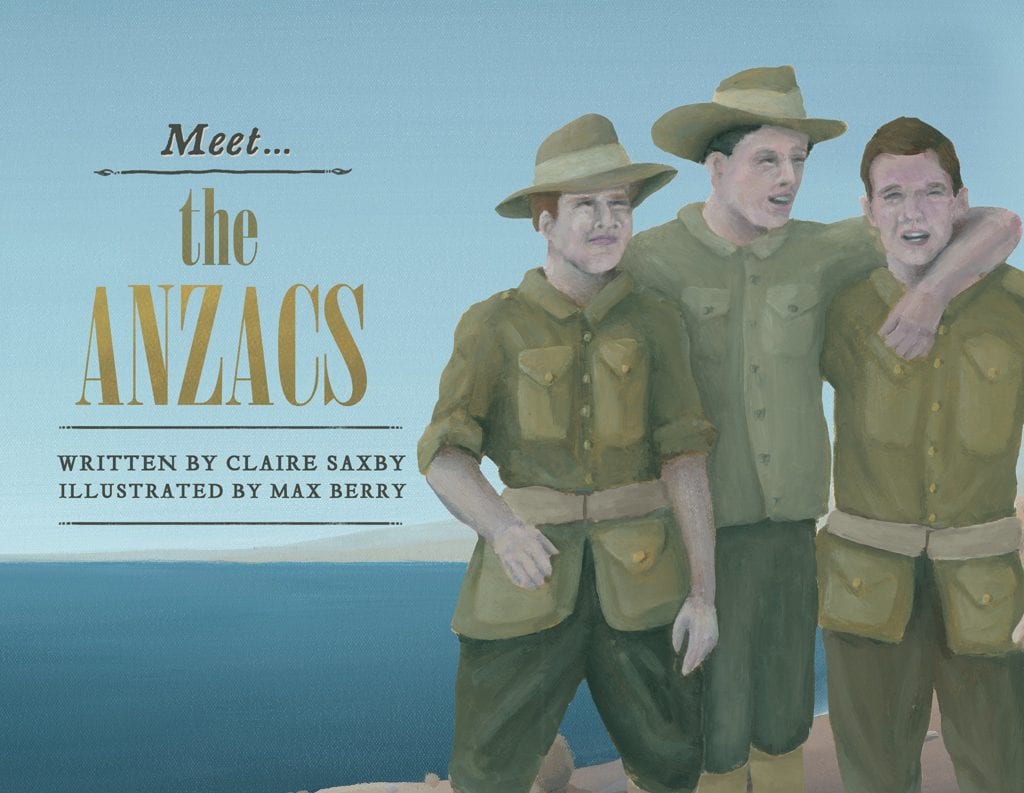 It can be difficult to explain Anzac Day for our kids without frightening or overwhelming them with war stories. In some homes, ANZAC Day holds special memories about the sacrifices of family members. In other homes, it’s a chance to honor those who’ve faced the horrors of war at any time in our history.

Whatever Anzac Day means to your family, sharing and discussing these great Anzac Day books for kids can be a gentle way to approach these challenging concepts with young children. 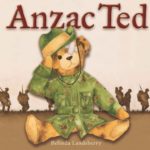 ‘Anzac Ted’ is the powerful, poignant story of a little boy’s teddy bear that was passed down to him from his grandfather. Battered, torn, missing an eye and an ear, he might look scary but he’s got a great story to tell. For Anzac Ted went to war, keeping soldiers company and giving them comfort. And while he never won a medal, and now doesn’t even attract a single vote at classroom Toy Shows, if only everyone looked a little deeper:

‘They’d see a hero, plain as day
Who sits upon my bed.
A hero, who saved me and you.
His name … is Anzac Ted.’ 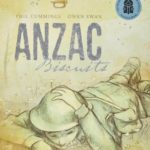 Rachel is in the kitchen, warm and safe. Her father is in the trenches, cold and afraid. When Rachel makes biscuits for her father, she adds the love, warmth and hope that he needs.
This is a touching story of a family torn apart by war but brought together through the powerful simplicity of Anzac biscuits. Anzac Biscuits delicately entwines the desolation of life on the front line with the tenderness of life on the home front. 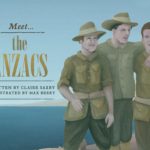 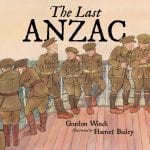 This book is based on the true story of a young boy’s 2001 visit to meet Alec Campbell, who was the last living Anzac at the time of their meeting. Alec enlisted at just 16 years old, having lied about his age. He was nicknamed ‘The Kid’ as he was so young and small when he was sent to Gallipoli as a water bearer. He returned home – a veteran – at the ripe old age of 17!

Alec answers young James’ simplistic questions about going to war. He explains how scared he was, and how the rare treat of oranges made an exciting change from their daily bully beef in tins. Evocative illustrations clearly depict fear and harsh conditions, with no graphic violence or references to the enemy. As well as a story about war, this is a reminder of why we view our veterans as ‘heroes’. It’s a warm tribute to Alec, who passed away in 2002 at the age of 103. 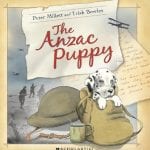 This fictional story was inspired by a series of true events that took place during the Great War. A young girl, Lucy, is forced to give up her new puppy, Freda, as her family cannot afford to keep it. Freda is adopted by a soldier named Sam, who takes the dog to war as a good luck mascot, promising to return the dog to Lucy when the war ends.

Freda and Sam grow up together in the trenches, facing rations, fleas and the tragic loss of friends. When the guns stop roaring, Sam thanks his lucky dog for keeping him safe and makes good on his promise to return Freda to her waiting owner.

The true accounts that are blended together into this one story are outlined at the end of the book. Older readers can learn about the real Freda – mascot to the New Zealand Rifle Brigade at a training camp in England – and the soldiers and families who cared for her over the years.

My Grandad Marches On Anzac Day 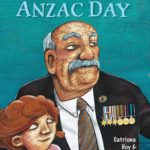 This picture book for the very young is a simple, moving look at Anzac Day through the eyes of a little girl. She goes to the pre-dawn Anzac Day service with her father where they watch the girl s grandfather march in the parade.
This beautifully illustrated book explains what happens on Anzac Day and its significance in terms a young child can understand It is an excellent introduction to this highly venerated ceremony, and poignantly addresses the sentiments aroused by the memory of those who gave their lives for their country.

The Tale of the Anzac Tortoise 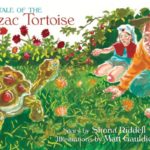 Matthew and Marama are playing in their back garden when they spot a hole in the hedge. Crawling through, they discover a tortoise with an epic story of soldiers, nurses, war, sacrifice, and kindness. 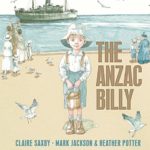 A tender, moving story of a child waiting at home for the return of his father from serving in WWI. During World War I, Australian and New Zealand soldiers on the front were sent Christmas care packages in a tin billy.
The Anzac Billy is the heartwarming story of a little boy packing a billy with all his father’s favourite things – added to by mum and grandma – even though he realises there is no way that the billy can actually go to a particular soldier.Perfectly researched, exquisitely rendered, no reader could fail to be moved by this story of Australian and New Zealand soldiers. 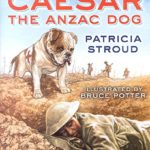 When the New Zealand Rifle Brigade marched down Queen Street to board their transport ship to Egypt and the Western Front, they were led by their official mascot, a bulldog called Caesar, wearing a magnificent studded collar. One of those in the crowd who waved him farewell, and who gave her favourite hair ribbon to Caesar’s handler, her uncle tom, who tied it to his collar, was four-year old Ida, who had played with Caesar and loved him a member of the family.

What happened to Caesar is told in this charming and poignant story of a little known aspect of the First World War by Ida’s daughter, Patricia Stroud, who grew up with the family tales of Caesar and Uncle tom’s amazing heroism on the Western Front. trained as a Red Cross Dog, Caesar rescued wounded soldiers from the hell that was No-Man’s-Land at the Battle of the Somme. A superb and sensitive true story about the courage and loyalty of a dog and his handler, only one of whom survived. Ages 10+ 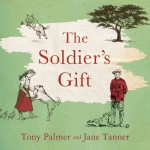 The Soldier’s Gift is the moving story of a young Australian girl, Emily, whose beloved big brother heads off to fight in the First World War.  He writes to her regularly, until, one day, the letters stop coming and the family receives a telegram instead, informing them of his death.  In child-friendly language, this book illustrates the hardship of life in war time, including the challenges faced by soldiers as well as the community waiting for them to return.  It also touches on topics that many children might relate to, like the loss of family members more generally, or the awful feeling of missing someone who is far away.

The book concludes with a series of historical photos and a more substantial analysis of the WW1 story.  Younger children can talk with you about how Emily might have been feeling, whilst older kids can explore some facts and figures to help make sense of Australia’s role in WW1.

Whether you’ll be attending a parade or dawn service, or just enjoying the long weekend with friends, help your kids to understand this important annual event with these sensitive, beautifully illustrated picture books.

Lara Cain Gray is a reader, writer and mum. She reviews books for kids at her blog This Charming Mum.

Explaining ANZAC Day to Toddlers and Kids
Diary Writing for Kids | How to spark a love of writing and literacy
10 Books For Toddlers | Have You Read All the Classics?
Early Chapter Books For Every Child!
Tweet1
Pin
Share20
21 Shares