Toowoomba Strand – 10 Things You NEVER knew about this historic icon! 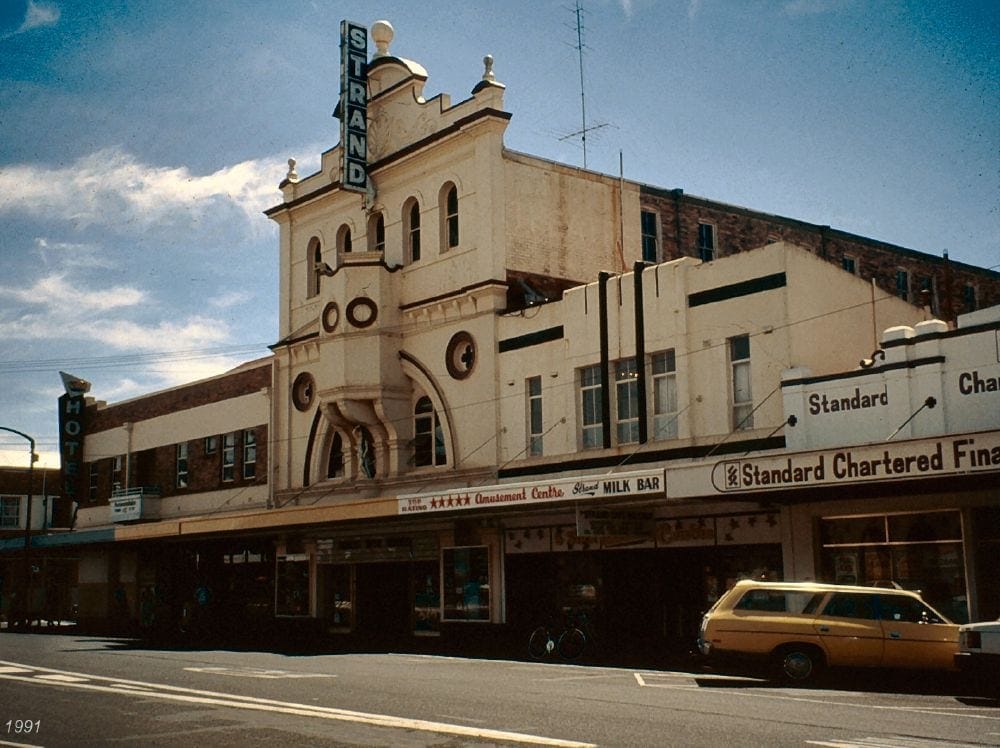 Toowoomba Strand; a beautiful building loved today for being the perfect place to unwind with a family film on the weekend. But do you, or perhaps even your parents or grandparents, remember any of these little known Toowoomba Strand facts that we’ve uncovered from the past?

1. After opening on April 15, 1916, the first films aired at The Strand were Pictures of Gallipoli and Rags. Both were black and white silent films (the first films with sound at the theatre came later in the 1930s).

2. The Strand’s sophisticated design is a result of the eras shift to promote film viewings as a respectable middle class activity. Prior to this, society often considered watching motion pictures as a working class pastime; it was, of course, in the film industry’s best interest to broaden its audience to those with deeper pockets. As a result, the glamorous theatre has no doubt welcomed many of Toowoomba’s high society through it’s doors over the past century.

3. The “unique” design mimics other cinemas of the era elsewhere in Australia. Specifically, the Majestic in Melbourne and the Pavilion in Brisbane.

Sharing space with the Crown

4. The top level of Toowoomba Strand Theatre acted as additional accommodation for the neighbouring Crown Hotel. There was access via a staircase within the main hotel building.

5. However, apparently there was an alternative way to gain access to the top of The Strand… Rumour has it that in the 1970s certain patrons knew to ask for a “$20 pack of matches” which contained a key for the upstairs rooms.

Ahead of its time

6. During the 1930s a new Art Deco revamp of the interiors was commissioned, it was the first Australian theatre to feature the very on trend styling. Check out another beautifully designed theatre in Toowoomba here!

7. The business was so booming within the Depression era that they continued to welcome patrons to evening sessions while renovations were underway; only matinees experienced delays or cancellations.

8. Emma Miller, known as the mother of the Labour Party, passed away while staying at the adjoining Crown Hotel in 1917. Locals and theatre staff have been known to say that Miller’s ghost haunts cinema 2 of Toowoomba Strand to this day.

9. The theatre was shut during 1919 due to the Spanish influenza epidemic.

The mystery of Toowoomba Strand

10. It was named the Strand Theatre as the heritage building already bore the initials ST; records suggest that nobody knows precisely what the original monogram stood for.

Toowoomba Strand is a significant building for both Toowoomba locals and Australian cinema history. From secret rooms to ghost stories and everything inbetween, we were enthralled by the history of the theatre.

Were you surprised by these facts? Are there any other interesting facts about Toowoomba Strand that have been passed down in your family?

Bracken Ridge Library has Books, Games & Activities for Families
Brisbane Maps | Map of Family Attractions Around Brisbane
Live Theatre Benefits – Why You Should See Kids Theatre!
Over 50 Things to do in Logan with Kids & Families
Tweet
Pin5
Share
5 Shares