The Best Potato Salad Recipe EVER! 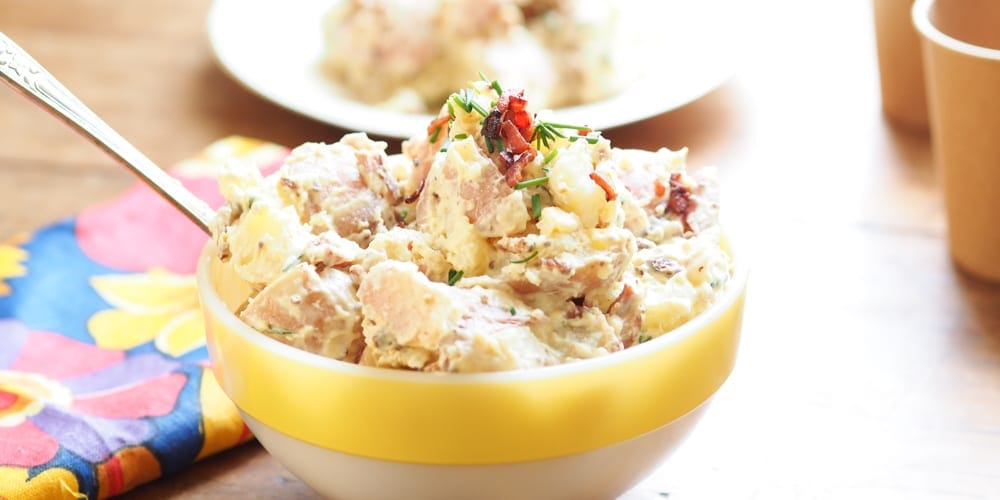 I know, I know big call but it is really the best potato salad EVER! I didn’t know it was possible to become emotionally attached to a potato salad but it’s happened. This recipe has been with me to every special occasion I can remember.  Christmases, birthday parties, family bbq’s, baby showers … it’s been there alongside me. All I get to take home is the empty bowl, there are never any leftovers.

The Best Potato Salad Recipe EVER!

If you’re are looking for something to make that’s easy, tasty and a real crowd pleaser, look no further. Oh and added bonus: Theres no peeling potatoes, this recipe is skins and all! 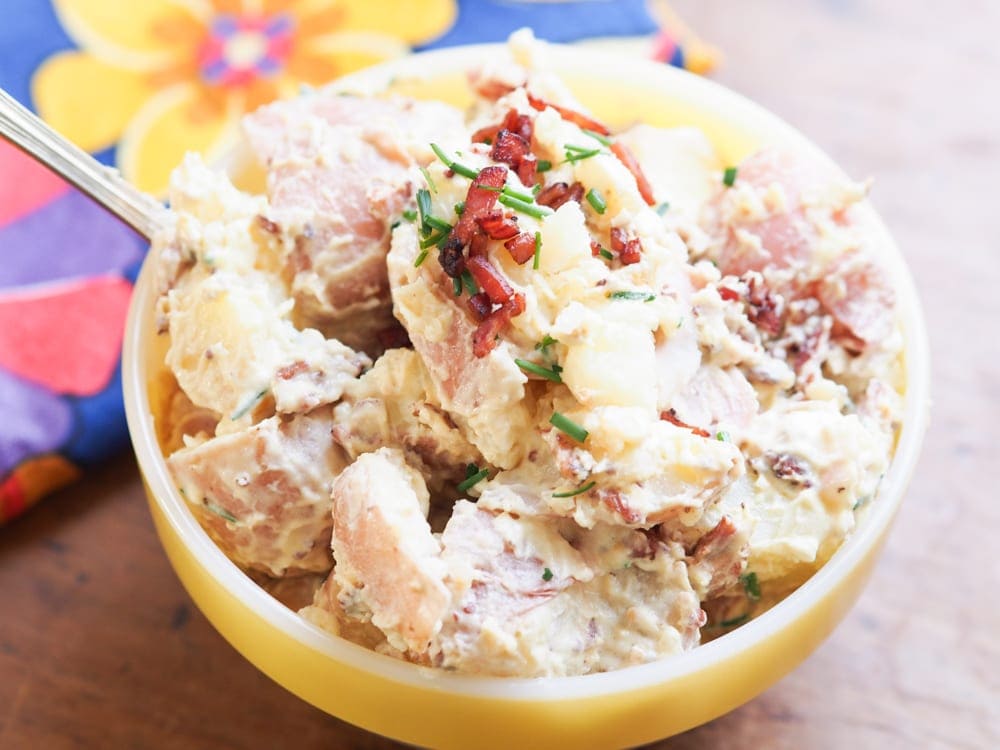 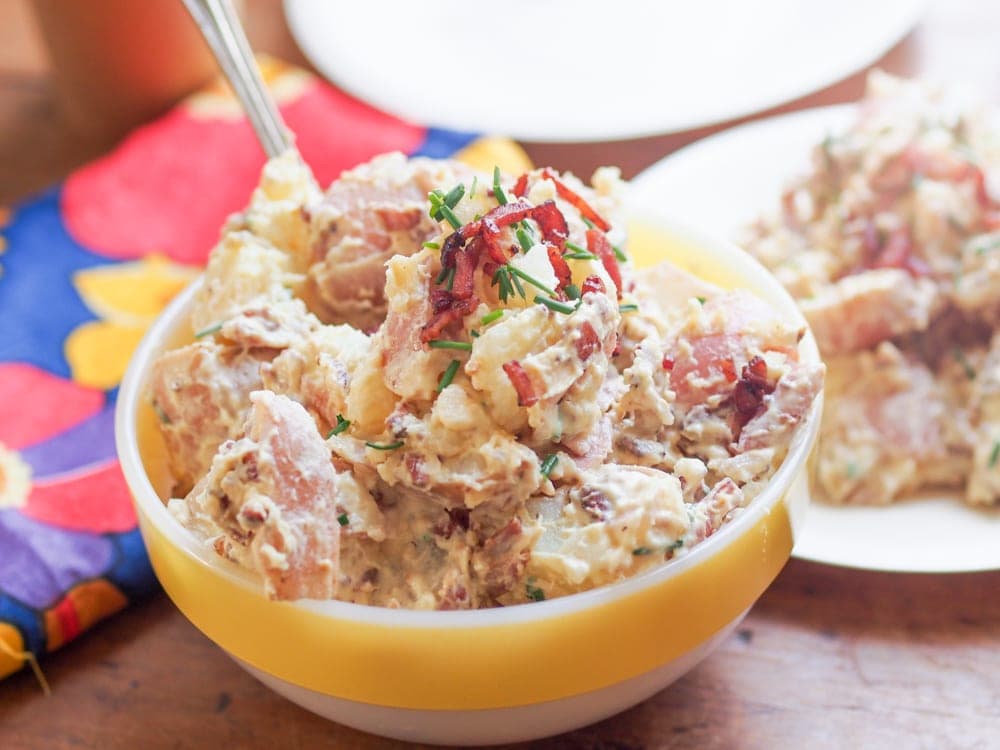 Which potatoes to use for which meal

Have you ever stood in the supermarket wondering which potato to choose? With so many varieties available, it’s hard to know which one will work best for your dish so here’s a guide to the different types of potatoes and what they’re best suited to so you’ll never be stuck again!

Potatoes are categorised into 3 basic types – starchy, waxy and all-purpose.

Starchy potatoes are high in starch, low in moisture and have a floury texture with creamy white flesh. Starchy Potatoes release a milky, starchy liquid if pricked or cut. They also tend to be long and have a coarser skin.

Starchy potatoes are fluffy and absorbent which makes them great for baking and frying so use them to make crispy potatoes, hot chips, wedges, mashed potato cakes or hash browns. They can also be mashed but are susceptible to becoming stodgy when overworked.

Because of their high starch content, starchy potatoes don’t hold together very well when cooked so avoid using them in dishes that require boiling, roasting or slicing like casseroles, potato bakes, gratins or potato salads.

Waxy potatoes have less starch than Starchy potatoes and contain more moisture and sugar. They are often smaller with a waxy outer skin and a creamy, firm and moist flesh.

Waxy potatoes hold their shape well after cooking so are great for boiling, roasting or slicing. Use them to cook casseroles, soups or potato salads.

Waxy potatoes are not good for mashing because they hold their form and produce a chunky mash. They are also avoided for baking and deep frying.

All-purpose potatoes have a medium starch content that fall somewhere in between starchy and waxy potatoes. They have more moisture that starchy Potatoes and hold together in boiling water.

All Purpose Potatoes are particularly useful for roasting, pan frying, stewing and are good in soups or gratins such as Potato Dauphinoise.

They can be baked, mashed, or deep fried like a starchy potato, but will not produce the same fluffy texture. You can use all-purpose potatoes for just about anything but if you have a specific dish in mind that lends itself to a starchy or waxy potato, then opt for those types instead.