Home » Minecraft Education – Taking Kids Back to the Future

Minecraft Education – Taking Kids Back to the Future

Minecraft Education: Taking Kids Back to the Future

By John Carbone from Mindbuzz

The personal computer was born in the early 80s, a time before the slick user interfaces that we are accustomed to now. This era gave rise to the first generation raised to be fluent in computation. Kids learnt to manipulate the internals of the PC, what makes it work, and often times how to break it.

Fast forward thirty-five years and this generation’s tinkerers and thinkers are not delving into the iPhone’s ‘walled off garden’ operating system. Instead, kids today are getting under the hood of the global phenomenon that is Minecraft.

They have to figure it out for themselves

A far cry from the industry standard, Minecraft does not hold your hand when you first load the game. There are no in game tutorials, but that is its charm. Many programmers complain that although computers are much easier to use, they have also been dumbed down.

Audaciously, Minecraft embraces the early days of controlling a computer from the command line, where text was used rather than pointing and clicking. Complex commands require a player to master chains of sophisticated syntax, to get properly hands on with the technical aspects of software. 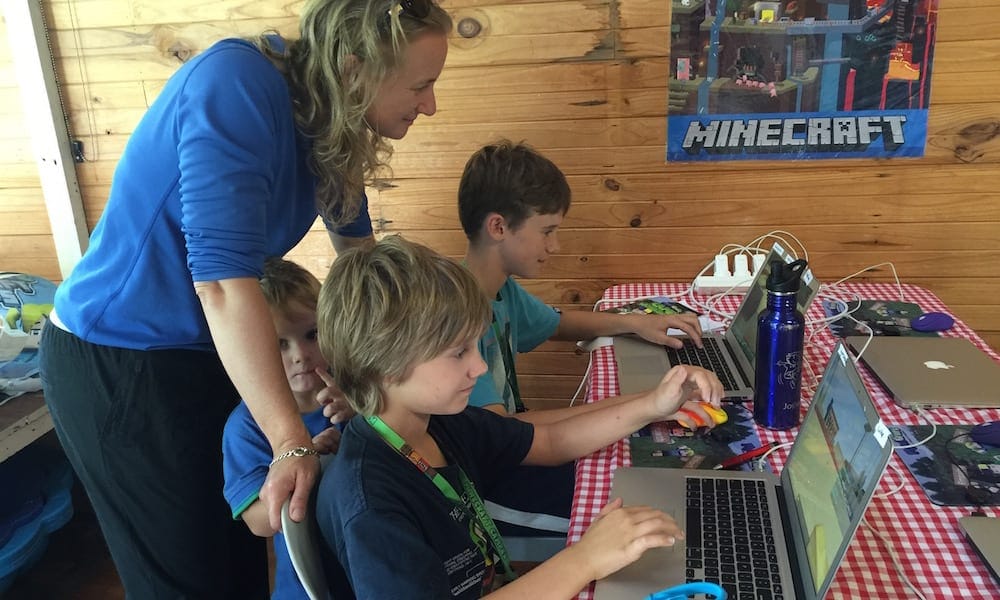 Kids work together to create modifications to the game

The game reflects the playful renaissance of the computers introduction, where kids fluent in computation would write programs and excitedly swap them with their peers. Now we have children designing modifications to the game (called mods) and creating their own texture packs to change how it looks.

“In Minecraft, knowledge becomes social currency,” says Michael Dezuanni, an associate professor at the Queensland University of Technology. Studying middle-school girls play the game, he noticed their nuanced analysis of in-game creations. Sharing discoveries with one another became imperative, and this is the games draw, it offers many chances for one to display their knowledge and share their expertise with peers.

Solving the bigger issues in life

When kids take the game online, it introduces a social layer beyond the single player game. Hosting a game with friends means constant negotiation. Is the world a free-for-all? What happens when rules are broken? This is the heart of governance, as Seth Frey of Dartmouth College notes. “You’ve got these kids, and they’re creating these worlds, and they think they’re just playing a game, but they’re solving some of the hardest problems facing humanity.” The game and the kids playing shine best when they play together, developing their technical and social skills.

Minecraft camps are a great way for kids to learn about the game in a social environment, and Mindbuzz offers them on the Gold Coast.

Toowoomba Tutors for Your Little Learner
How to Prepare for Maths Exams!
Kip McGrath Albany Creek | The Benefits of Tutoring for Children
Parkrun with kids in Queensland - is it safe?
Tweet
Pin1
Share6
7 Shares