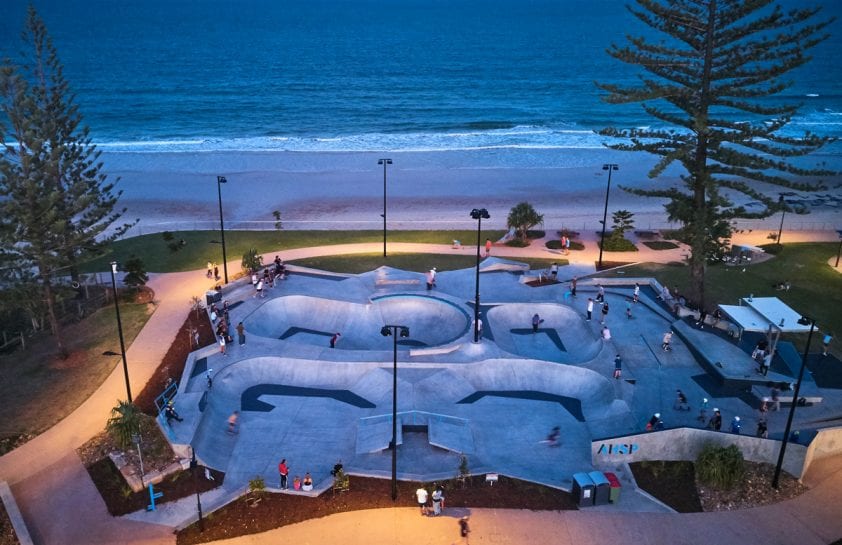 Alexandra Headland Skate Park is something special! Where else can you skate in such a fantastic skate park right on the beach?

Skateboarding is an action sport which involves riding and performing tricks using a skateboard, as well as a recreational activity, an art form, a entertainment industry job, and a method of transportation. Skateboarding has been shaped and influenced by many skateboarders throughout the years. A 2009 report found that the skateboarding market is worth an estimated $4.8 billion in annual revenue with 11.08 million active skateboarders in the world. In 2016, it was announced that skateboarding will be represented at the 2020 Olympic Games in Tokyo, Japan.

Since the 1970s, skateparks have been constructed specifically for use by skateboarders, Freestyle BMXers, aggressive skaters, and very recently, scooters. 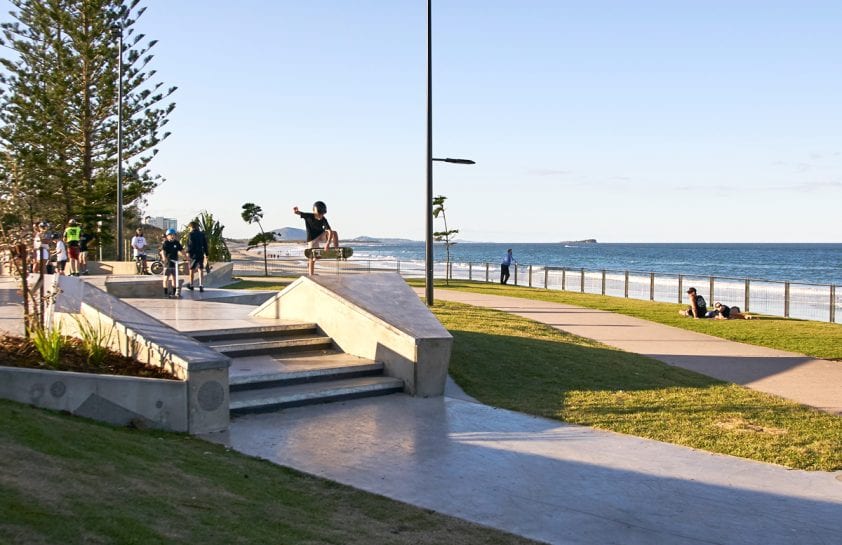 An iconic beachfront location on the Sunshine Coast and the existing large Norfolk Pines create a stunning backdrop for the Alexandra Headland Skate Park.

The Sunshine Coast Council invested in the upgrade for the local community.

A park for all skaters 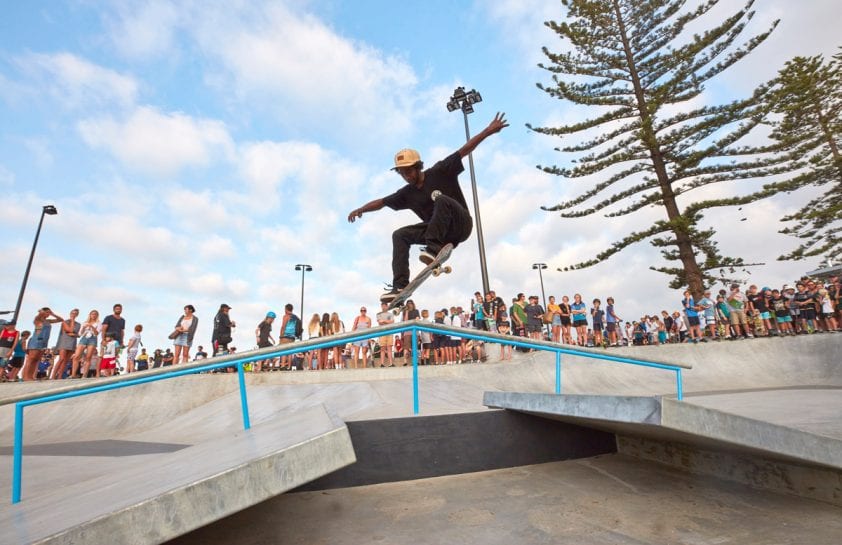 Comprising of both a street and transition style park which creates a central active hub for all user types and disciplines. A tiered stage facing park land has been created for community events along with plenty of opportunities for spectators to view the action in the skate park.

The 1100 sq.m. park features a mini-bowl with kerb lip, a big bowl with a 9 ft deep end and granite coping. The segmented street section features a kicker to kicker with rail, pole jam, wall mounted handrail, hubbas, and a stair set.

These elements ensure that the Alex Head Skate Park is a multi-generational, all ability, mixed skill level facility and has already become a huge asset to the Sunshine Coast community.

Location of the skate park