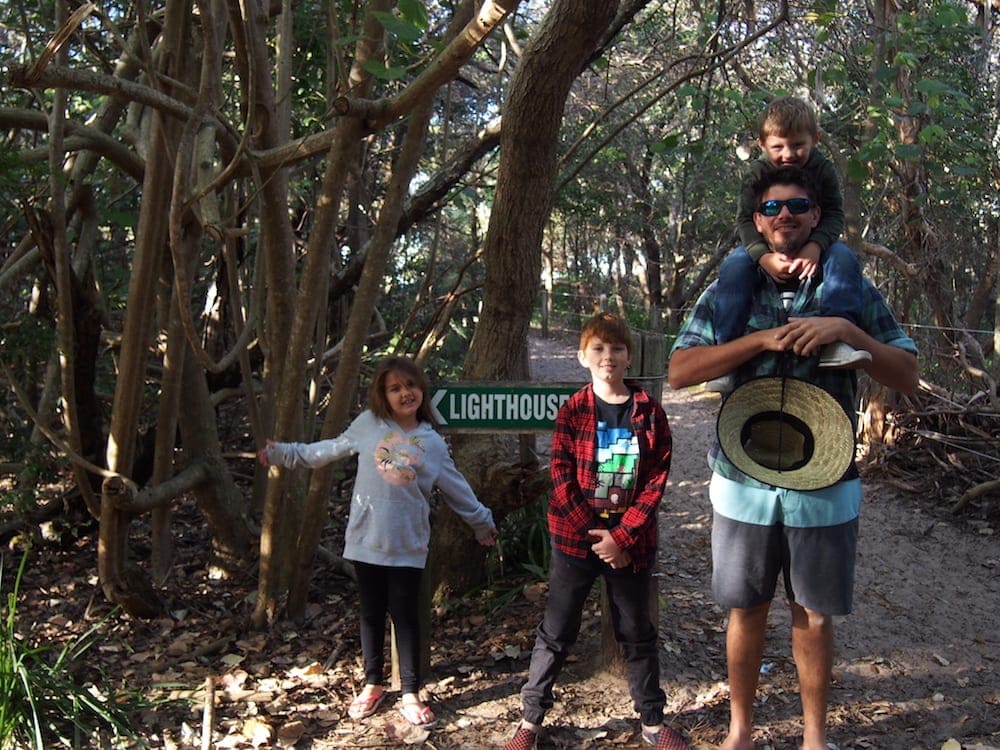 When you really want to get away from it all, Tweed Coast Holiday Park Fingal offers up stretches of white sandy beaches, a sparkling Pacific Ocean, comfy digs and, well, not much else. It’s perfection.

Located just 10 minutes from central Tweed Heads, and close by to beautiful Kingscliff, Tweed Coast Holiday Park Fingal sits in prime location to make the most of the area’s famous surf breaks, fishing spots and the iconic Fingal Lighthouse.

When we say ‘prime location’ we mean it. Cabins sit almost on the beach. A short stroll from anywhere in the park lands you on squeaky white sand staring at a scene that looks like a postcard.

The beaches are patrolled year round, and why not? the weather is mild and the water is always warm. There’s not me that’s not beach time at Fingal! 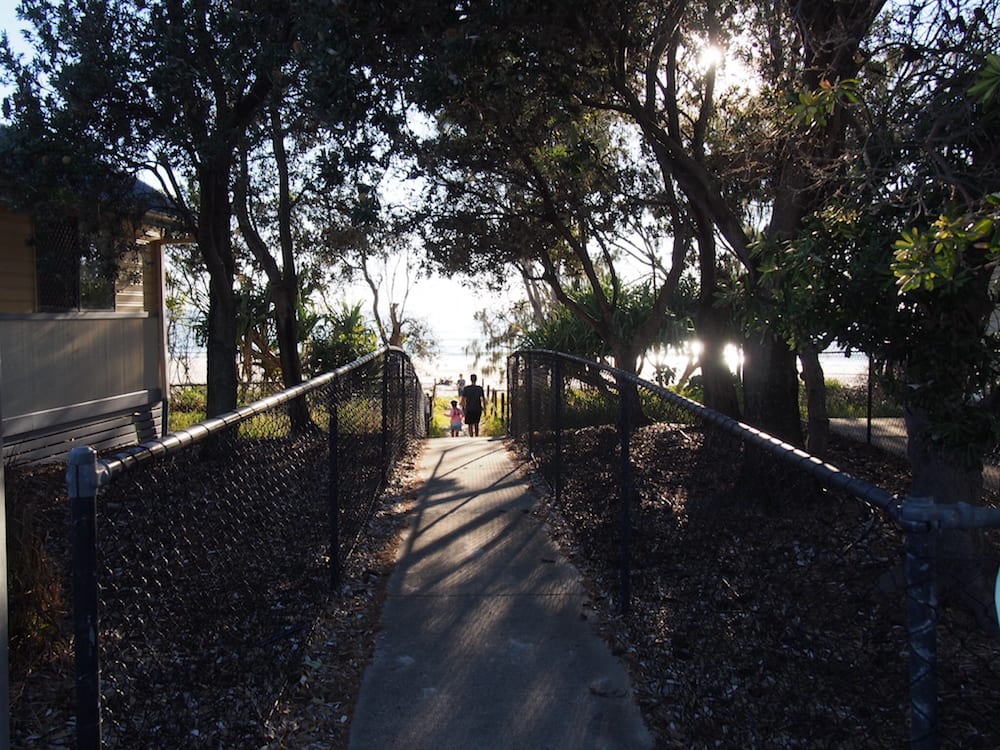 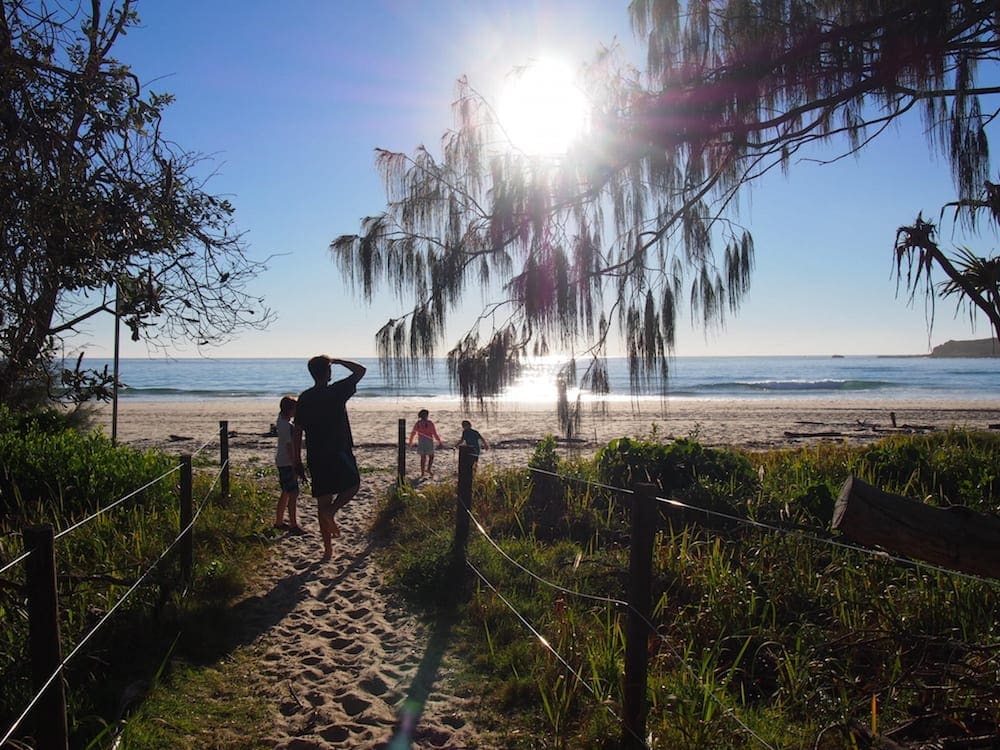 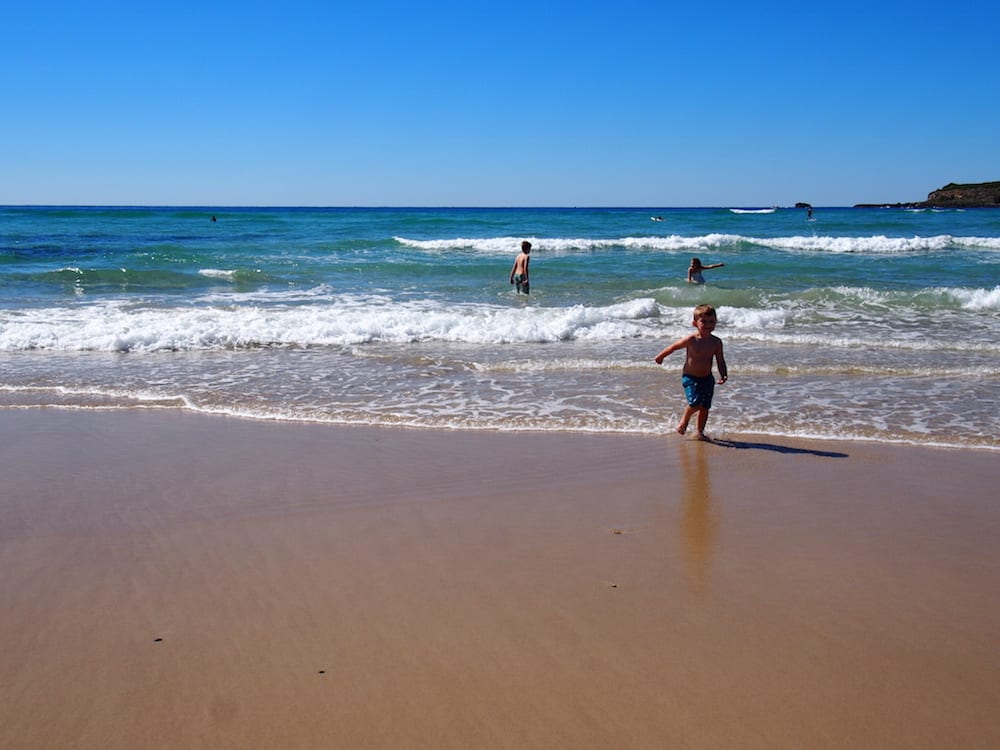 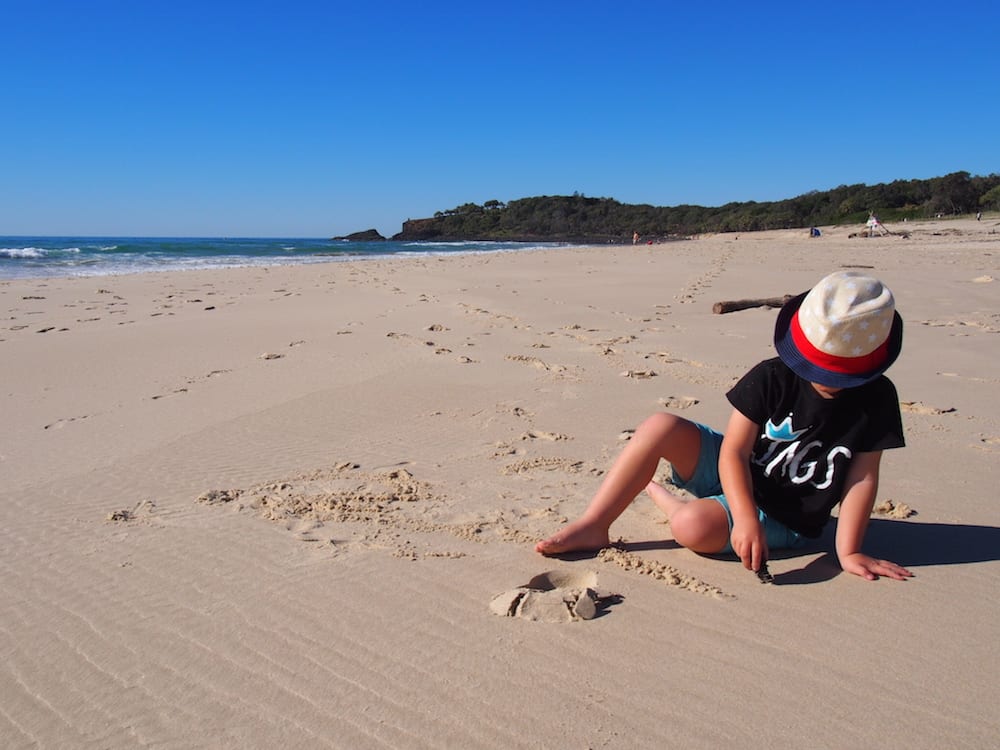 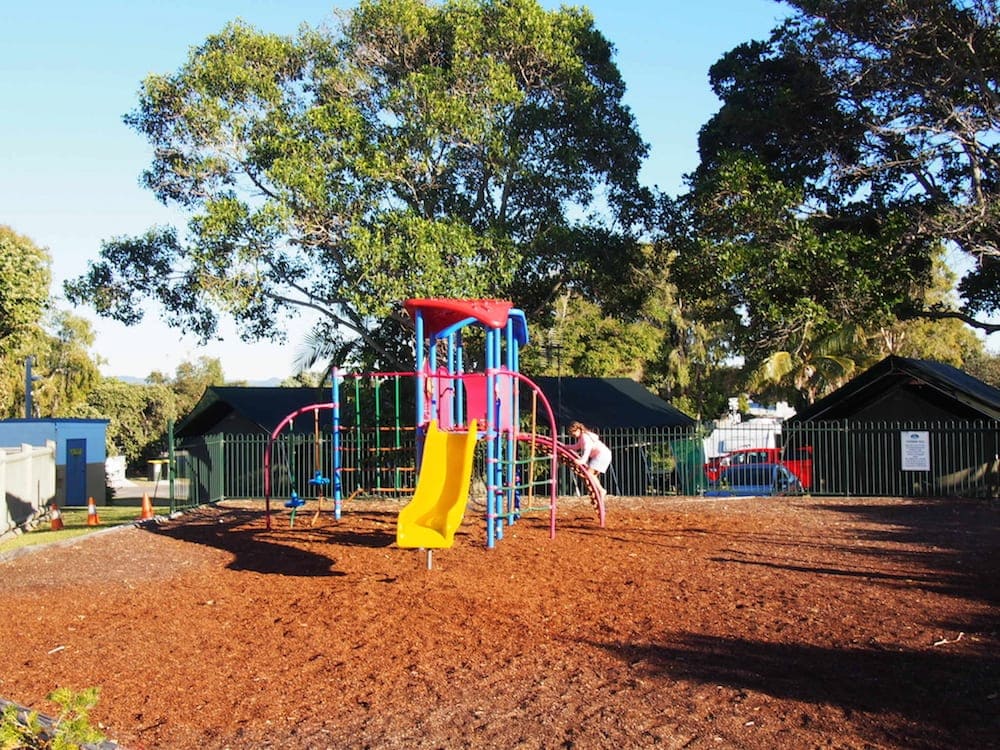 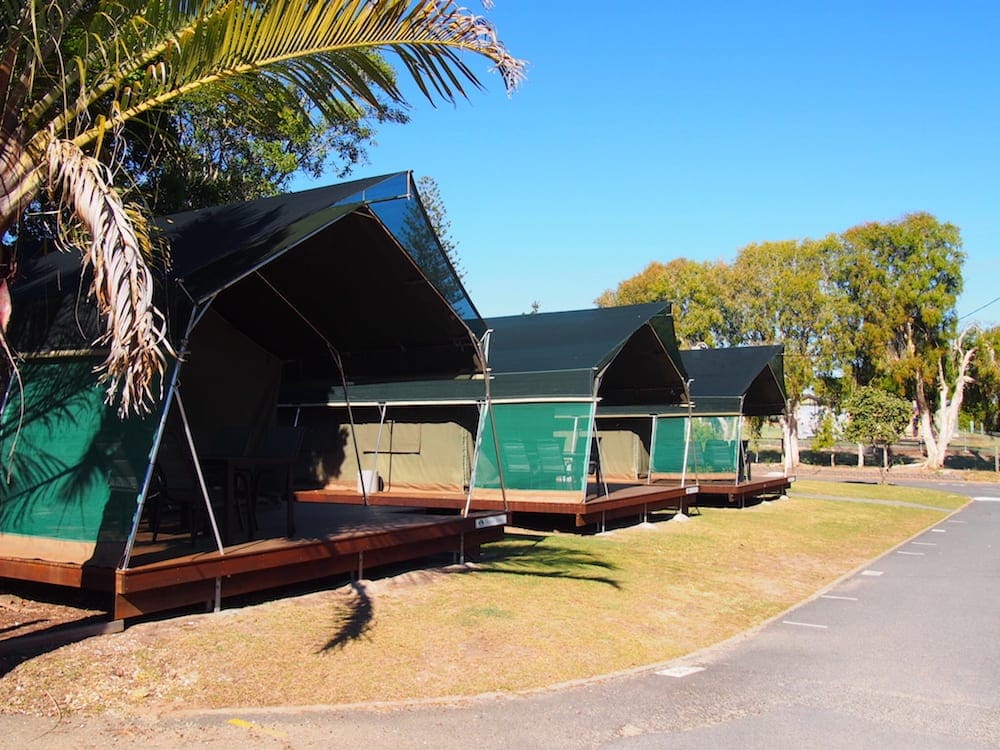 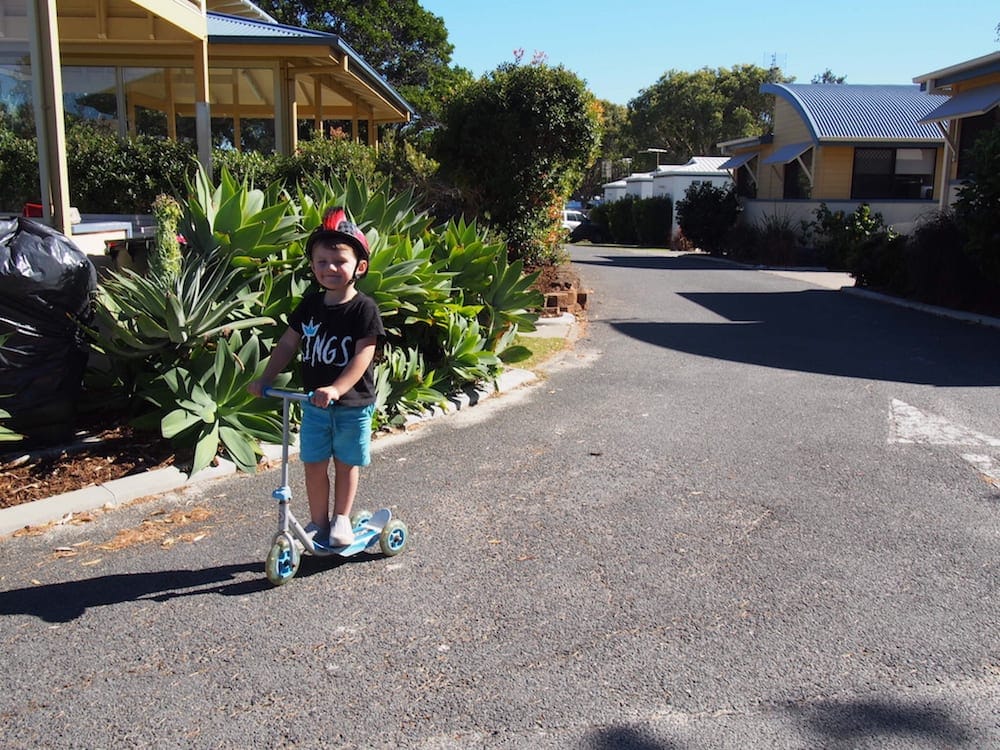 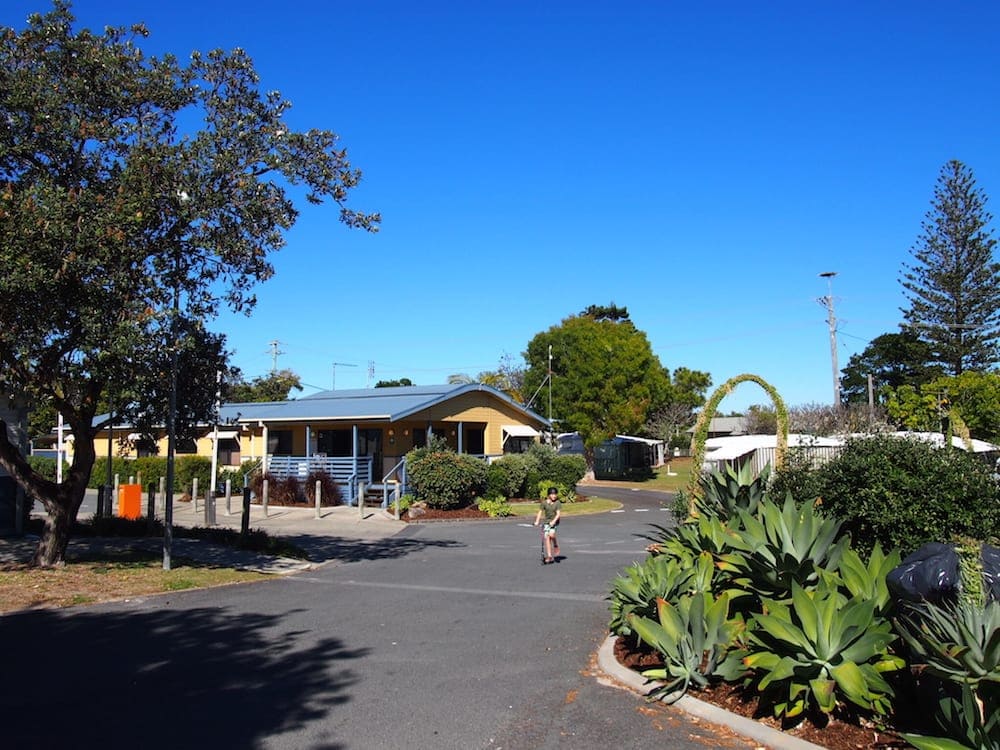 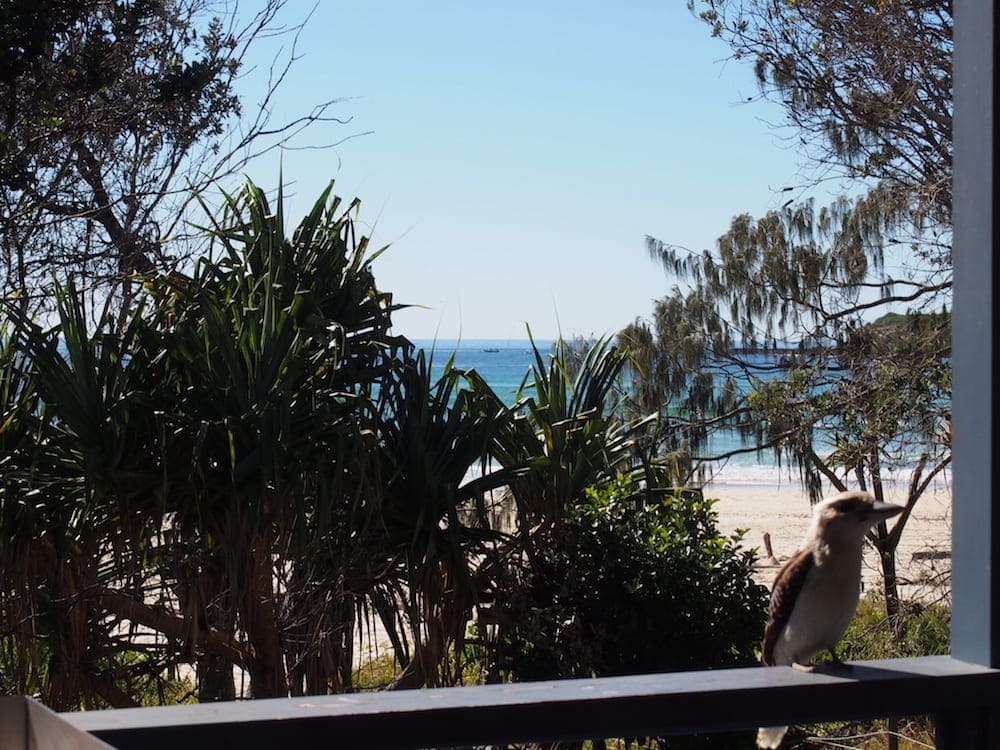 A visit to the Fingal Head Lighthouse and Coastal Reserve is a must while you are in town. Breathtaking does not do justice to the vista you will behold from the top. The view looks directly out to sea at Cook Island, to the right is Dreamtime Beach and to the left is Leticia Spit, a fantastic swimming spot and popular with surfers.

Catching a charter out to Cook Island is a great idea for nature lovers! Green and loggerhead turtles, leopard sharks, spotted eagle rays, bull rays, cuttlefish and wobbygongs, as well as a stunning variety of tropical and sub-tropical marine species all call the waters around the island home. 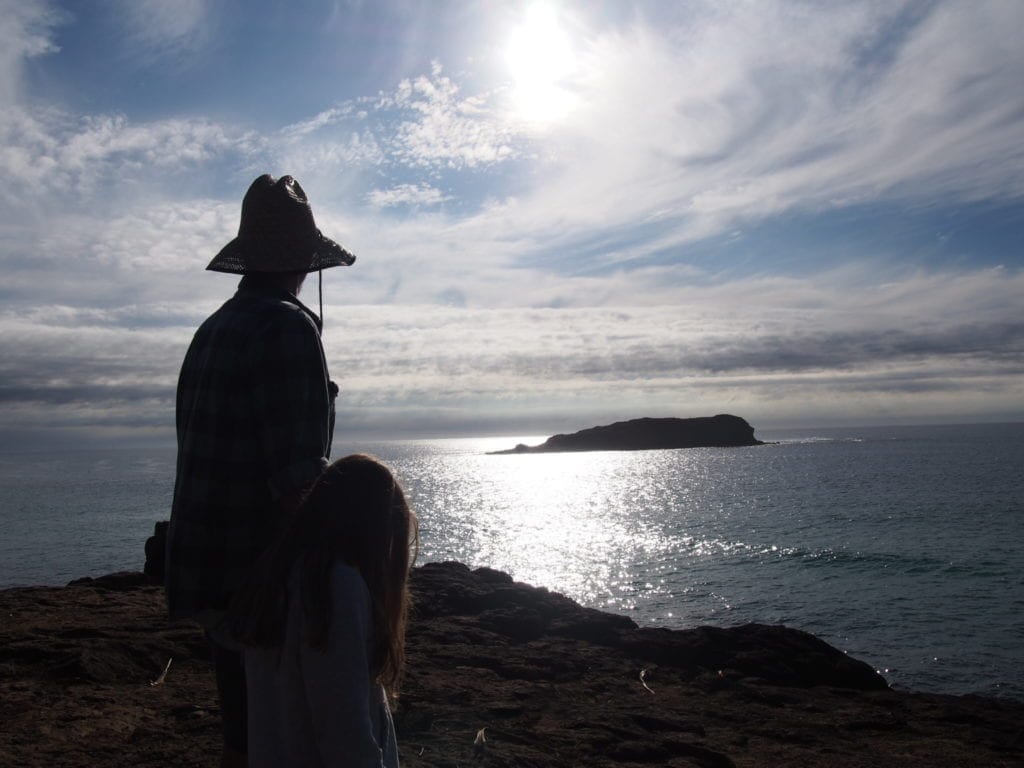 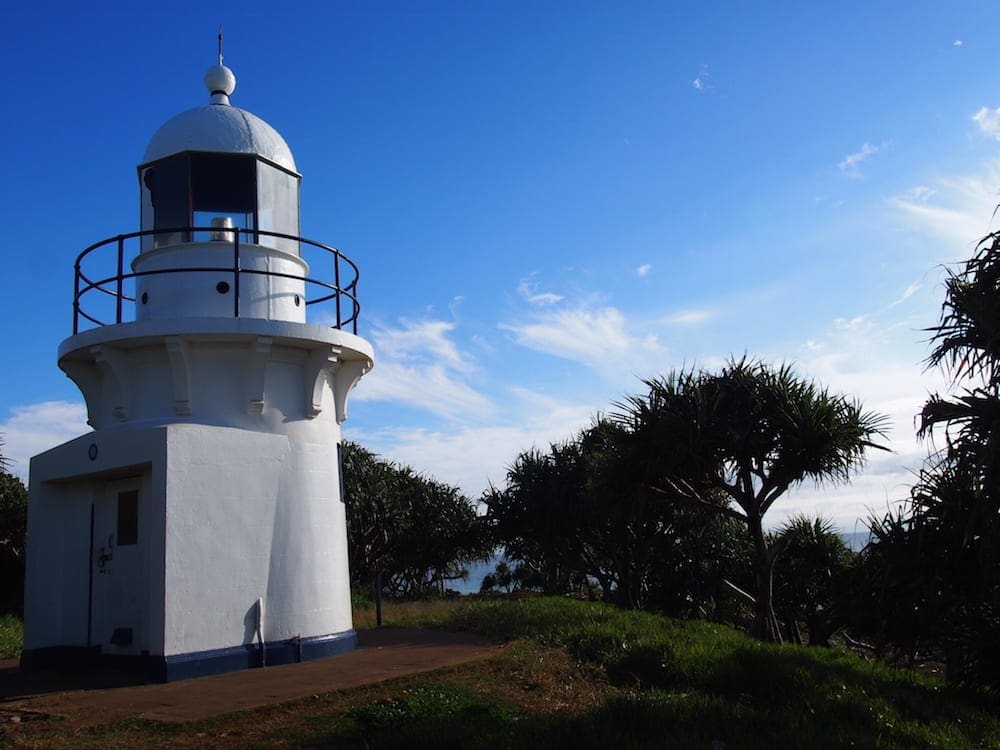 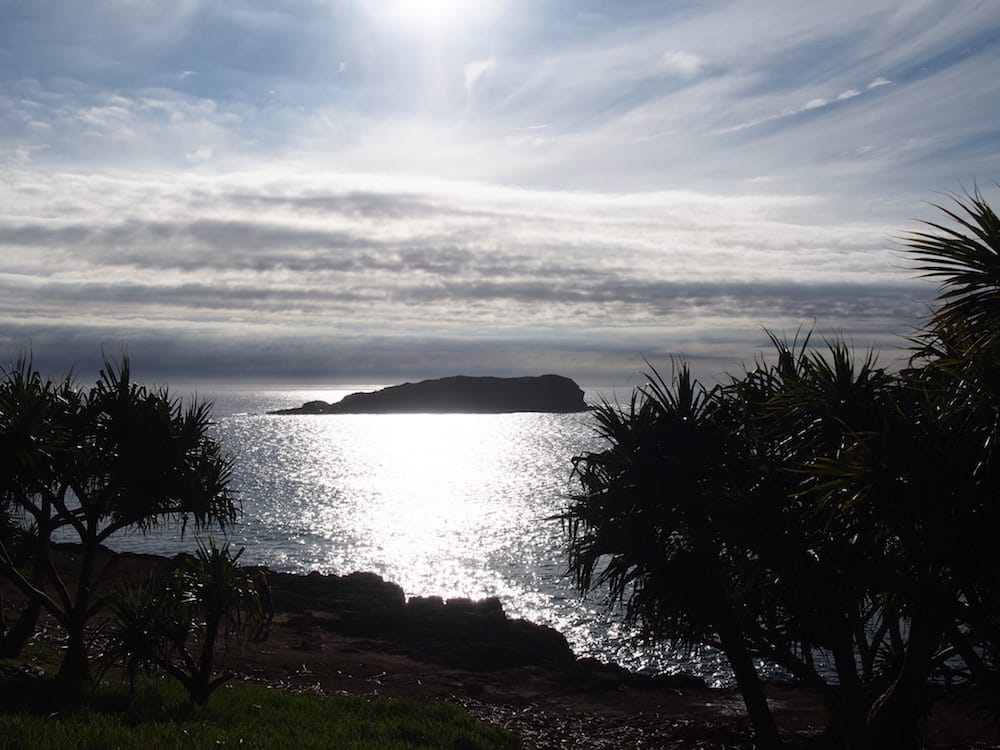 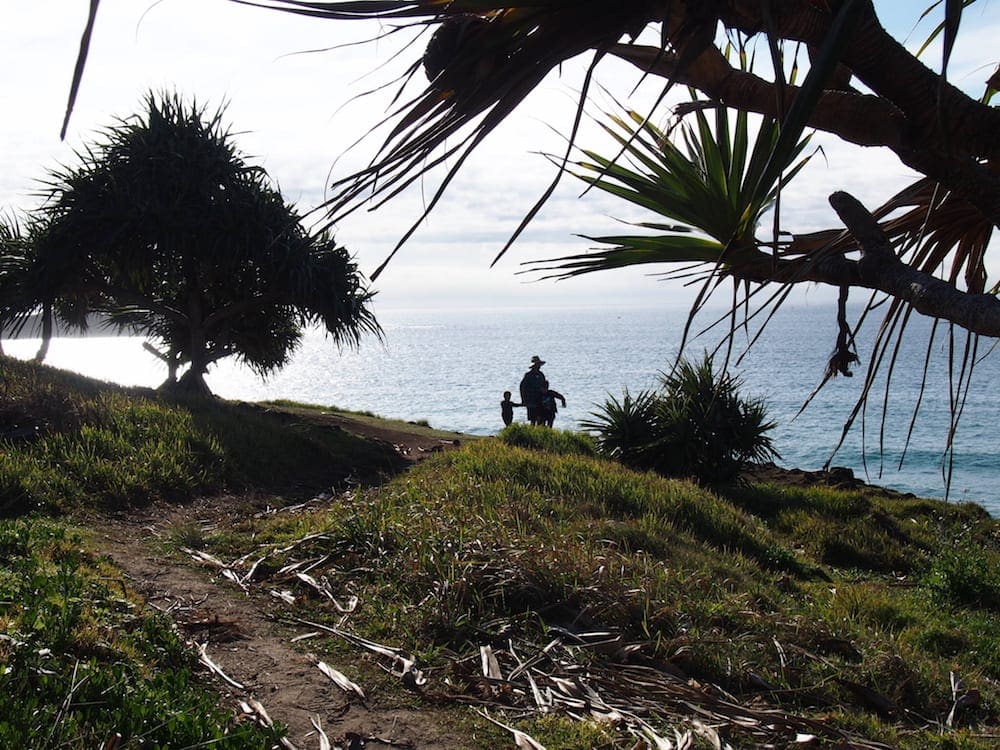 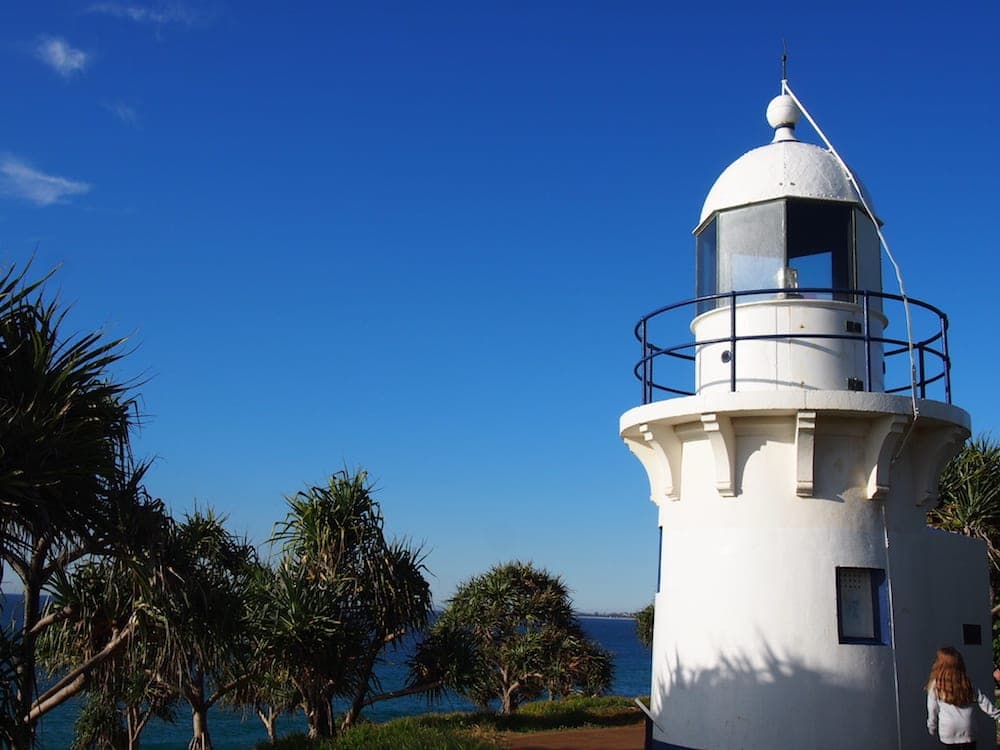 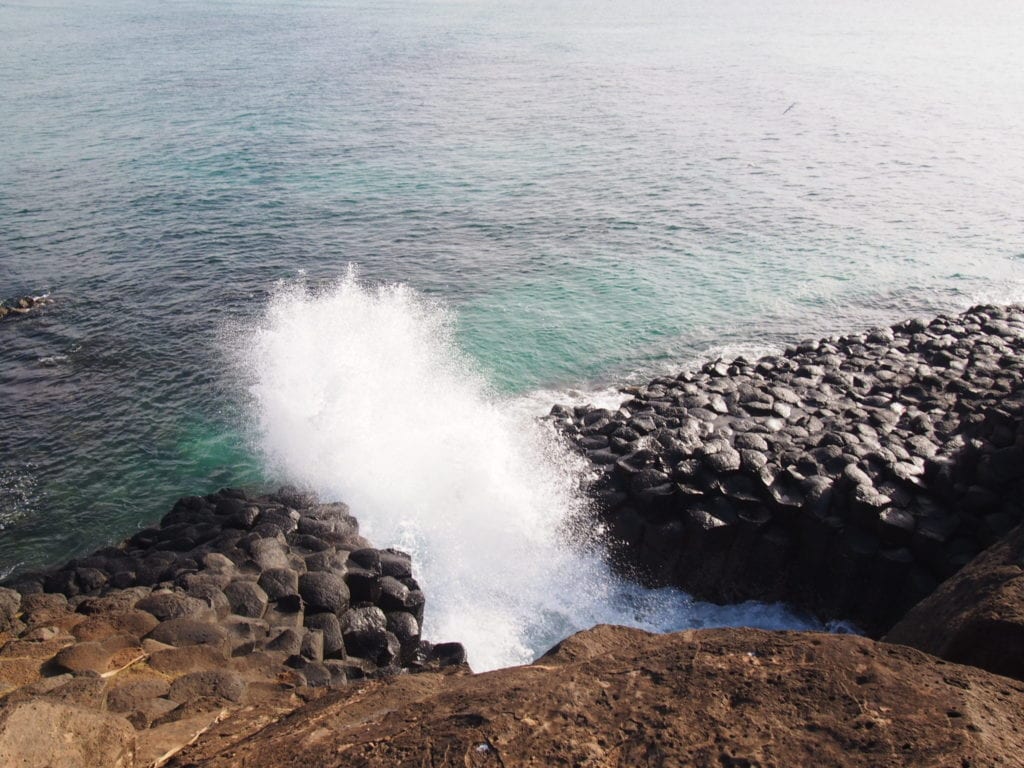 Named for a giant!

If you’re familiar with Celtic myths, you’ll know all about the Giant, Fingal who it is claimed built the ‘Giant’s Causeway’ – an area of about 40,000 interlocking basalt columns, the result of an ancient volcanic eruption on Ireland’s north coast.

Fingal Head has its own Giant’s Causeway – a crescent-shaped mass of hexagonal columns formed when the lava flowed from the ancient Tweed Volcano and rapidly cooled in the ocean currents. Hence, Tweed’s Fingal got it’s name.

You can see the columns from the area surrounding the lighthouse – which is operational by the way. Yep the lighthouse, first established in February 1872 still functions, however it is not open for tours. You just have to admire it from the outside!

You don’t need a boat to drop in a line

Fish from the beach or the river bank. Either option is bound to yield you some dinner. And if not, you can always stop by the Sheoak Shack. This funky little café is famed for it’s some tunes, great coffee and a delicious menu.

Neighbouring town Chinderah is good for some fish and chips too. Can you get anymore ‘holiday’ than that?

If you are looking for the holidays of your childhood with nothing to do but swim, explore, fish and eat. Repeat. Tweed Coast Holiday Park Fingal has you well and truly covered. We plan on heading back with a bunch of family to give the kids a summer with their cousins. It will be one they remember for a lifetime. That is for sure.

If you’re keen to nook in too here’s how: