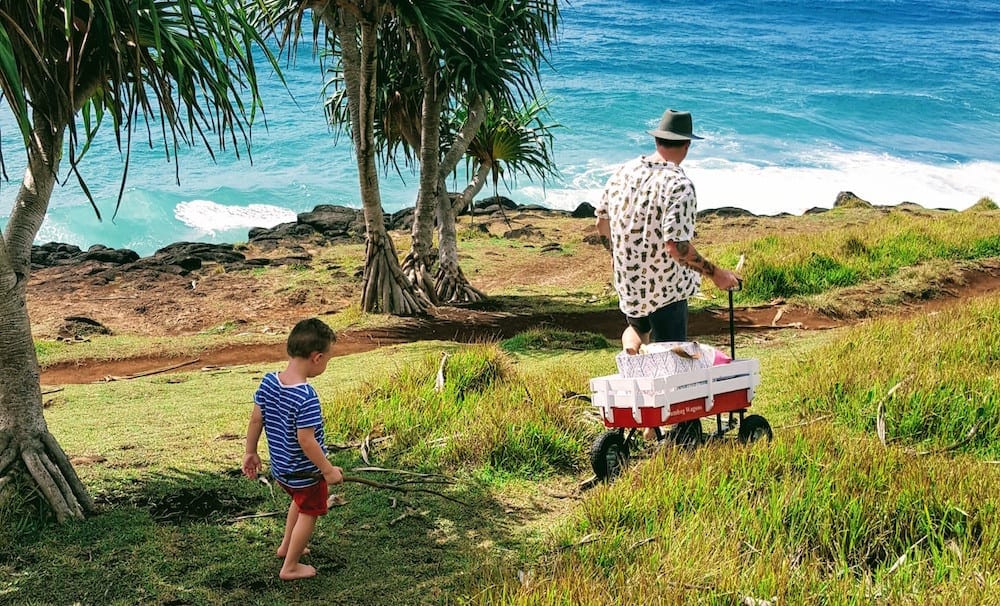 Finding family friendly things to do on the weekend is a top priority for parents everywhere. The families of the Gold Coast, Tweed and Byron Shires are lucky enough to be close to the family friendly walk of Fingal Head Lighthouse and coastal reserve.

This walk might just hold the ticket for a fun adventure that will tire out the little people in your life, while also being fun, educational and scenic.

This weekend outing is located by road from the Pacific Highway as you cross over the Tweed River heading South. If you are using Google Maps search for: Fingal Head Lighthouse and Coastal Reserve. 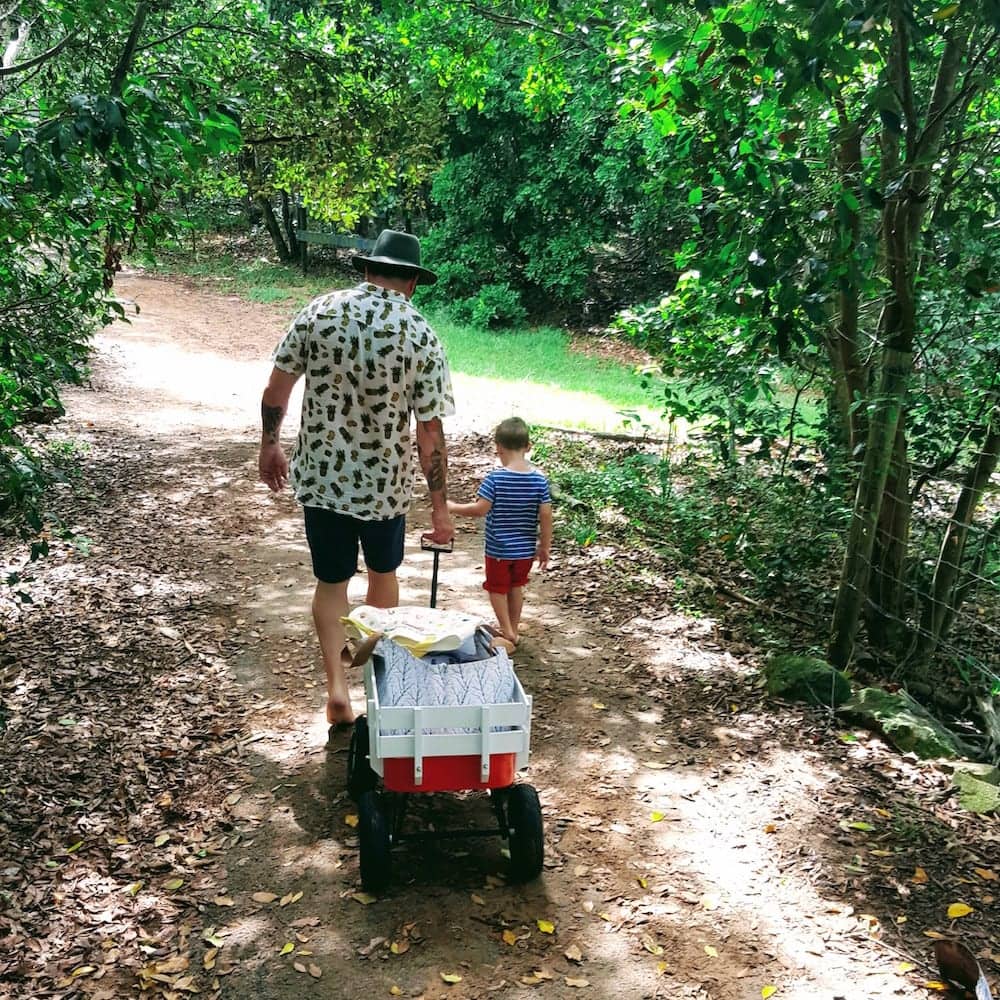 The Fingal Head Lighthouse and Coastal Reserve is a great spot for a family friendly adventure. There is an easy walking track, spectacular views and plenty of marine life to spot.

There are tracks that lead off the main trail to Dreamtime Beach or Leticia Spit to explore. 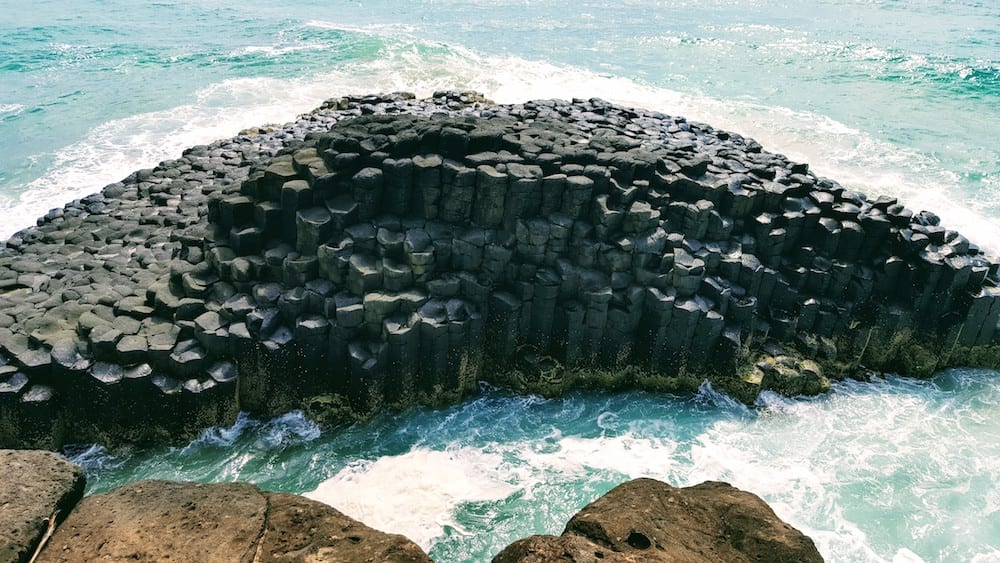 For families interested in the history of the area, the Fingal Heads Lighthouse and the Giant’s Causeway the name for the crescent-shaped hexagonal rock formations at the base of the headland are our recommendations.

Another favourite activity of many people who walk this track is to picnic at headland while enjoying the view.

The ascent to the lighthouse is the final stage of the walk rising 20 steps to the top, with platforms along the way to catch your breath. At the top, leaving the shade of the walkway the headland opens to a spectacular view. 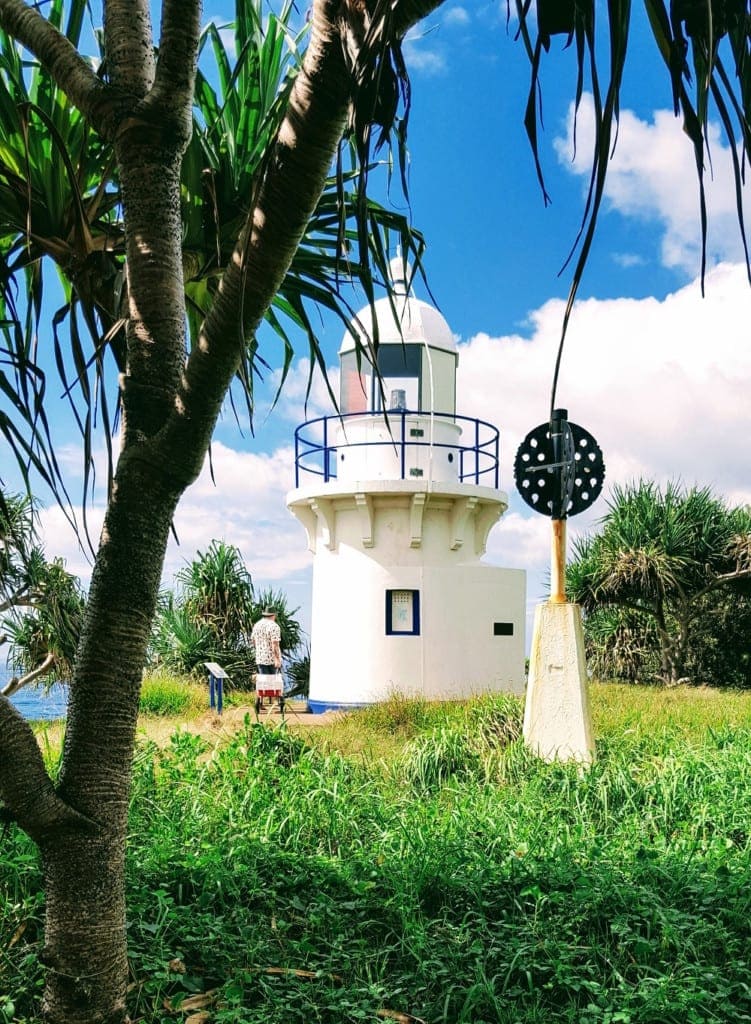 The view looks directly out to sea at Cook Island, to the right is Dreamtime Beach and to the left is Leticia Spit, a fantastic swimming spot and popular with surfers.

While exploring the headland check out the operational Fingal Head Lighthouse and unique rock formations appearing at the base of the headland, these interesting crescent-shaped hexagonal columns, known as the ‘Giant’s Causeway’ are made of lava that cooled as it entered the ocean. If you have a child like mine, anything to do with lava is a crowd pleaser.

The Fingal Head Lighthouse walk has family friendly written all over it. From the gentle walk from the car park to the lighthouse, access to beautiful local beaches and an opportunity for family time in the great outdoors. 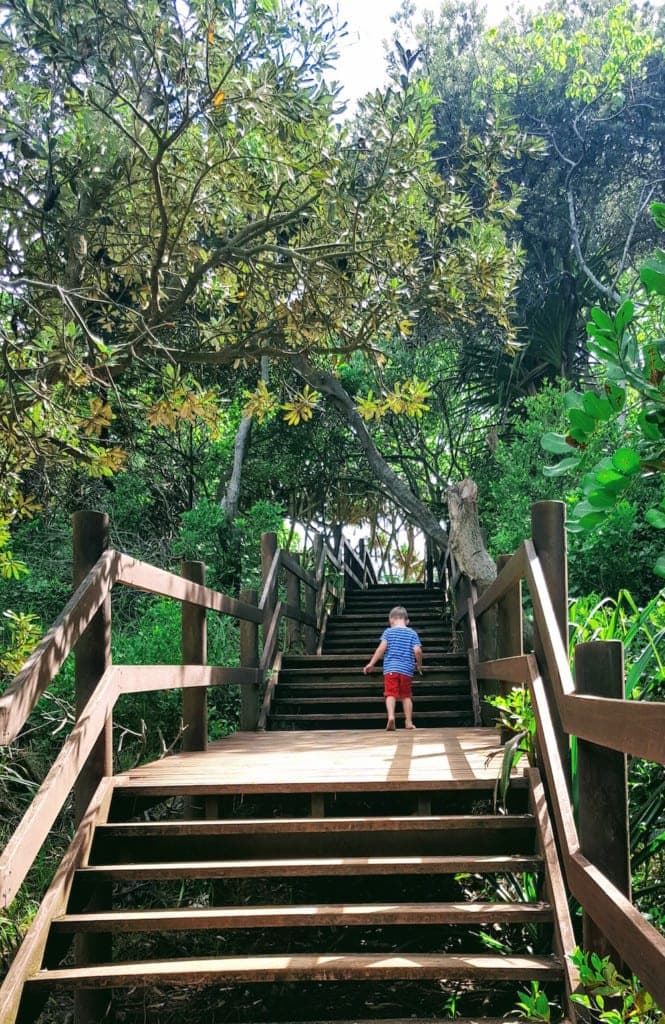 In addition to the walk, families can also: 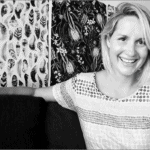 Jenna Marrone is a blogger, reviewer of all things local and the all round cheery gal behind The Local Tourist Australia. She was able to develop her story telling skills at a young age to dodge sticky situations & through the countless apology letters for her practical joke mishaps. Her life orbits around supporting/promoting/blogging about amazing locally owned businesses throughout Australia; trying to wear her two young boys out, running her online beach cart business Seed & Swell and dreaming about her next meal.