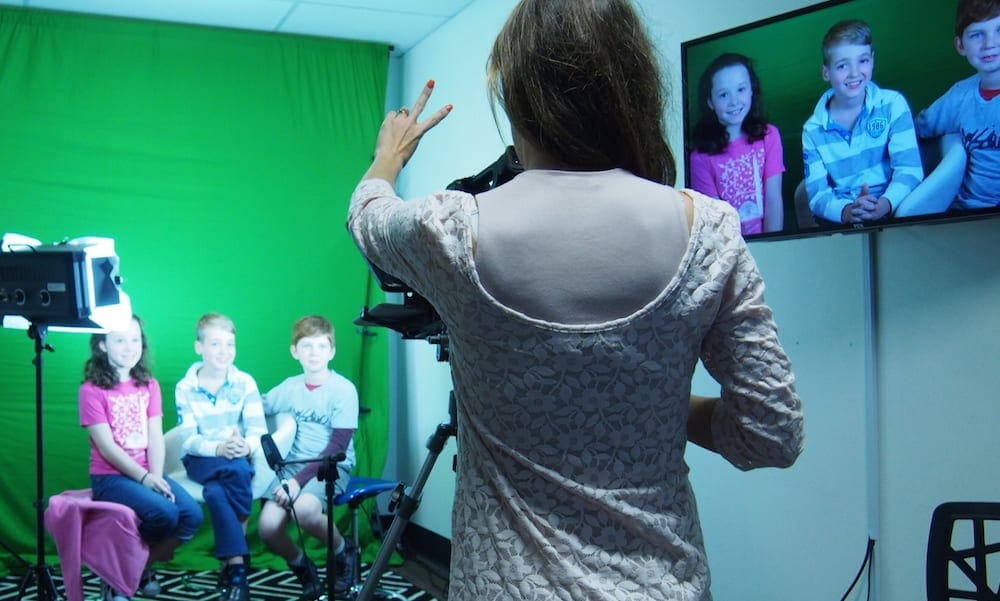 YouTubers, Vloggers, VJs … like never before kids now have an opportunity to create their own space in digital and traditional media. The skill set that kind of talking to camera presents also helps build confidence in so many other areas of their lives, and that’s where a little bit of TV training for kids can come in very handy.

TV Training Academy offers one day workshops for kids in Brisbane, the Gold Coast, Sydney and Melbourne, so we decided to give it a try and see what it was all about. Here’s what happened  … 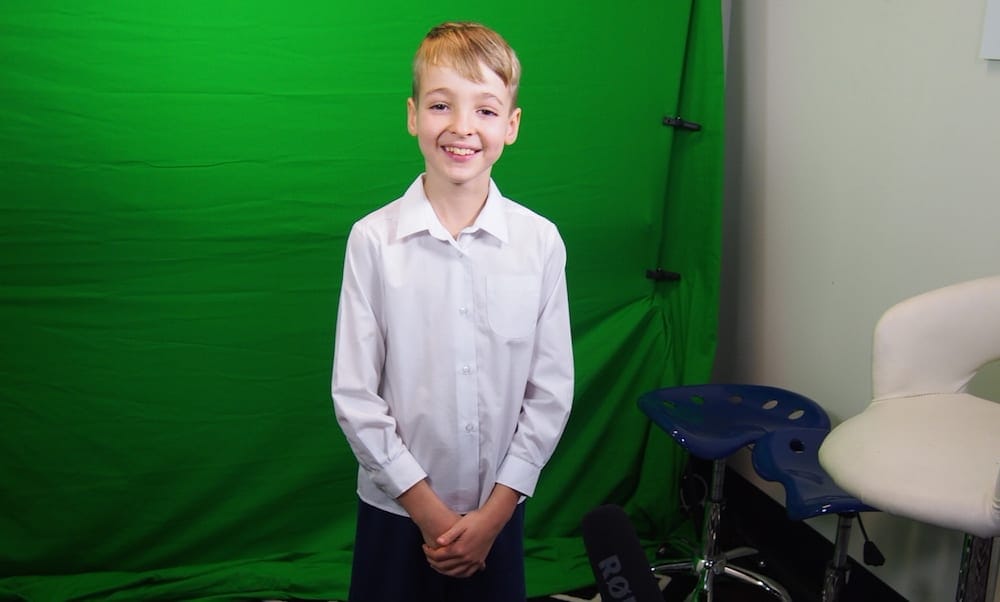 Lights. Camera. Action! From the green screen to the bright lights and autocue, this is a real studio setup.

Our Brisbane workshop was led by Nicole Payten-Betts, an international actress and presenter with over 15 years experience under her belt. She was warm, engaging and really gentle with the shyer kids in the group.

Nicole explained what they’d be working on throughout the day to build their skills for both TV and presenting.

Throughout the day the kids would have plenty of opportunity to ask questions, for individual coaching, and to work together as teams. 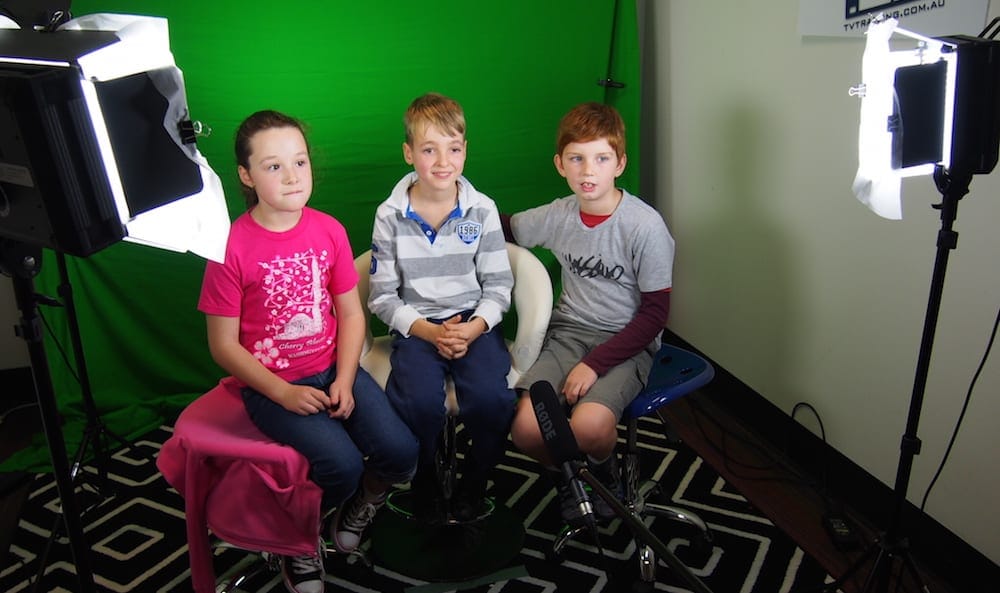 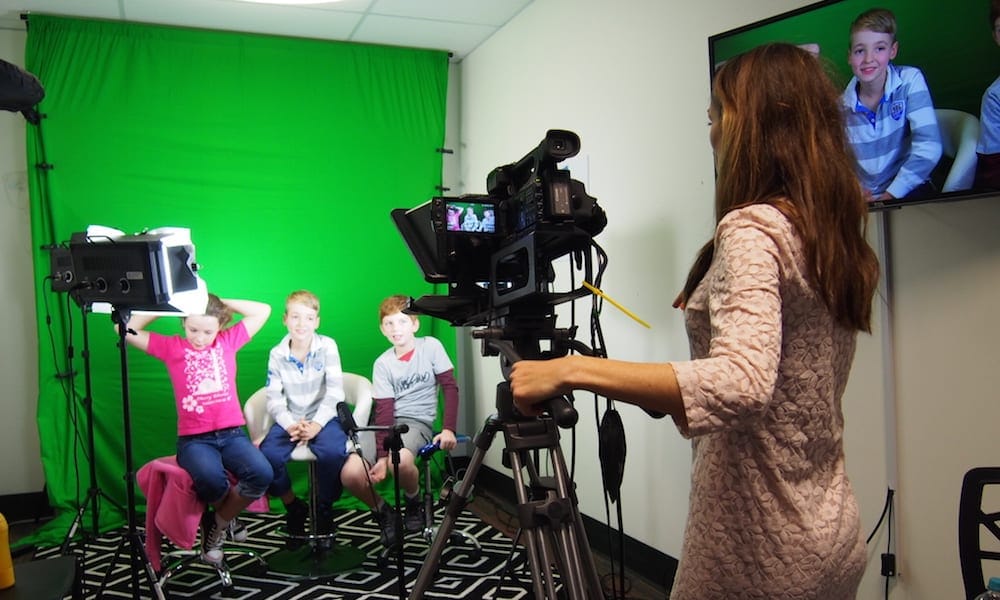 Lots of coaching and lots of fun as they learned how to present a fun and engaging music news show.

My shy little guy was goofy to begin with, with an inward posture he stammered through, struggling to think of something to say about himself in a filmed intro. Nicole was fantastic, she gently encouraged him by telling him all of the things that he had done well, offered some tips and gave him an opportunity to try again. And he did. And this time it was better.

Nicole really generated a feeling of encouragement in that room. The kids were fascinated to watch each other, taking on board the tips, and gaining confidence with slapped hi-fives from their classmates.

They learned about the ‘magic of TV’ and learned just how it was that their favourite presenters went about their jobs.

Throughout the day they engaged in fun, and educational activities, all on camera, all under lights and all with tips and personalised critiques for how they could improve. Tips that they were able to action immediately, and as such I witnessed their confidence soar. It was really lovely. 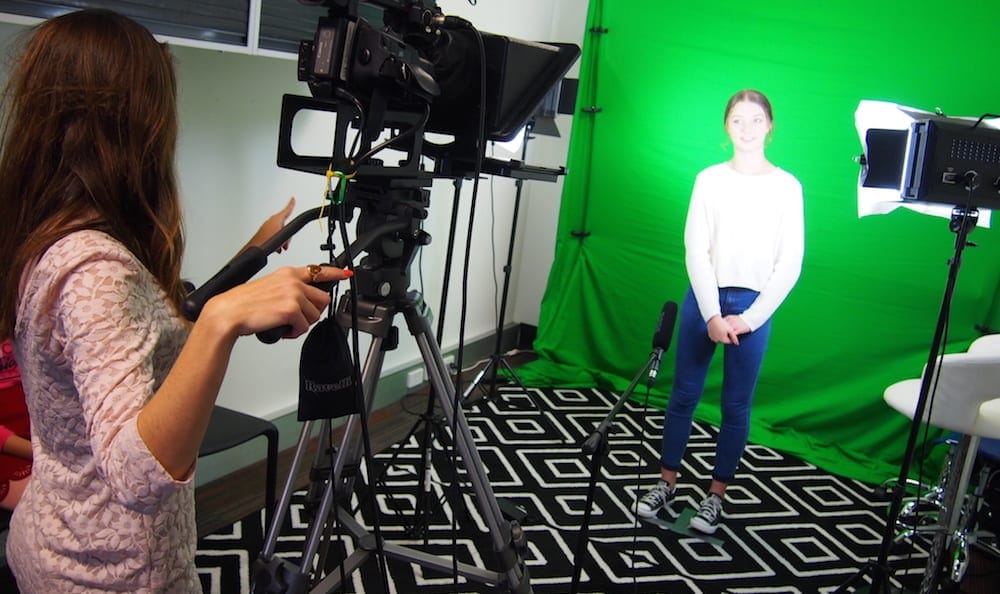 Nicole’s experience and beautiful teaching manner really resonated with the group, and they improved in leaps and bounds

They even nailed the autocue!

Once the kids became accustomed to the lights and the cameras, it seemed like anything was possible. Group activities, one on ones, autocue … they did it all. The kids at the end of the day were unrecognisable from the kids at the beginning, as they learned how to control how they looked on camera, and how their body language, tone and expression could help convey the message they needed to communicate.

The underlying message throughout Nicole’s training was that the best asset these kids had was their own individual personality and style. The tips she offered helped them let that shine through, and by the end of the workshop they were brilliantly executing that for the cameras.

And it didn’t end there. Following the workshop, Nicole and the team at the TV Training Academy put all of their work on a ‘showreel’. The green screen was gone, replaced with professionally edited backgrounds, music and graphics. So, super cool. My son played his for his entire class, and his teacher could barely recognise the smooth VJ before her.

As for his review? “That was the best day of my life!”

7 days per week, 10am to 5pm subject to availability. 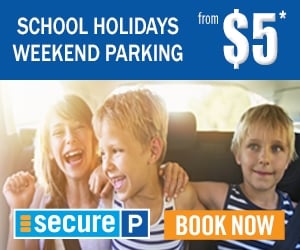