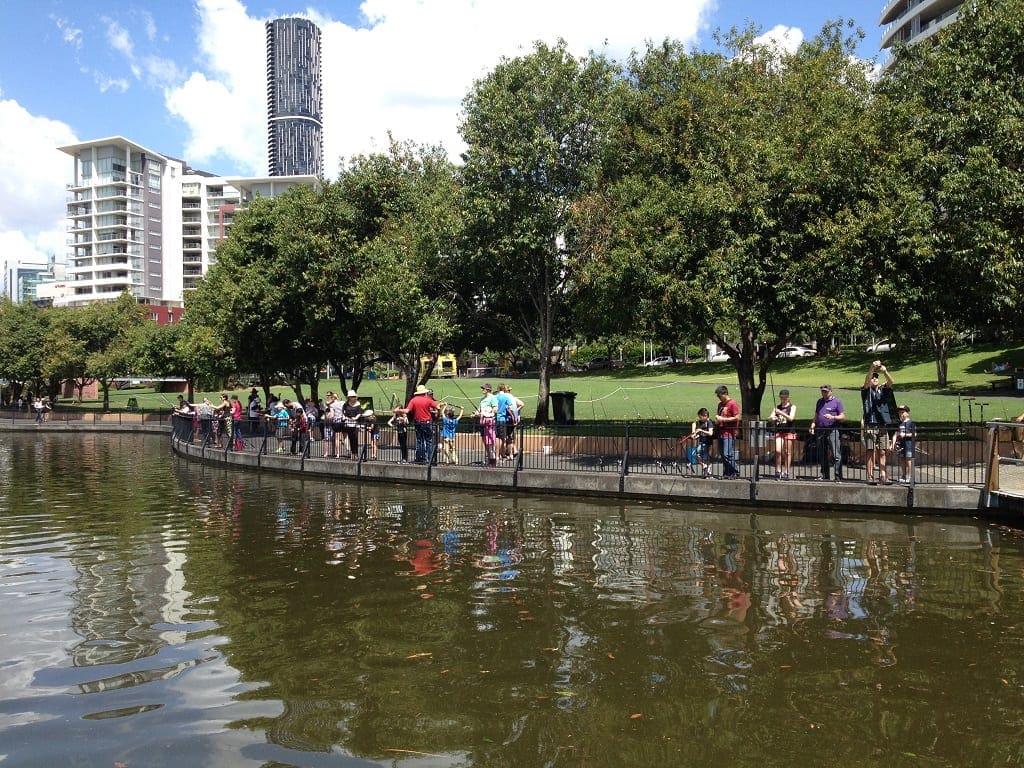 As a young girl, I had absolutely no interest in fishing but I remember an occasion where my best friend and I went with my Dad one weekend evening when he fished at Scarborough. I’m not sure why we decided to go as we had a really boring time only highlighted by the fact that we decided to be biologists and dissect a pilchard; the bait that my Dad used for catching other fish!

Little did I know that years later I would be one of the staff members to release the first 500 silver perch fingerlings into the lake at Roma Street Parkland. It was a pretty cool experience watching all the little fish swim away and wondering whether they would survive to grow and develop within the lake’s eco-system. With the introduction of these fish and in time, other types of fingerlings, the lake was well stocked. As the fish grew and the lake became a thriving eco-system it was only natural that the question arose as to whether or not we should have a fishing program of sorts?

In September 2006, the inaugural catch and release fishing day was held and supported by 4KQ, Sunfish and DPI (Department of Primary Industries). It was a great success, with many fish being caught and over the years, this has remained the obvious highlight of the day. Primarily, silver perch and fresh water mullet are caught but the occasional eel might snag a line and if you are really lucky, one of the 9 prehistoric lungfish (deposited into the lake at the end of 2003, when the Sandgate lagoon had dried up) could end up being the catch of the day.

This is a golden chance for children to be able to fish in a protected environment and experience the fun of catching some decent sized fish. It is a rarity if you don’t catch something from the lake. It is also a great opportunity to practice patience and of course, to soak up the atmosphere and learn the ‘art’ of fishing.

The catch and release fishing at Roma Street Parkland Program is open to children 7-12yrs and pre-registration is required. Spaces for 50 children are available in both winter and spring school holidays. Bookings open 2 weeks prior to the actual fishing day and all equipment is provided.

Next Catch and Release Fishing Day

The next event for catch and release fishing at Roma Street Parklands is for Children with a Disability – Presented by Pine Rivers Fish Management Association. This event will be on the 2 April at 12pm to 4pm and is suitable for 7 – 16 year olds. Booking required. Telephone 1300 137 468 from Monday 21 March to book your child’s FREE place.

Redcliffe Peninsula | Get "REDDY" for your next family holiday!
EKKA Guide 2021 | Things to Do at the EKKA for Families!
The Best Places on the Gold Coast that serve High Tea for Kids?
The Family Friendly Balter Brewery
Tweet
Pin
Share5
5 Shares 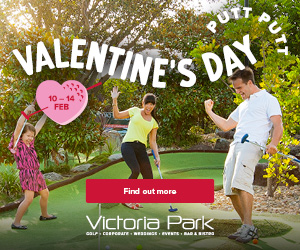