Home » The Secrets of the Greenslopes Private Hospital Bunker

The Secrets of the Greenslopes Private Hospital Bunker 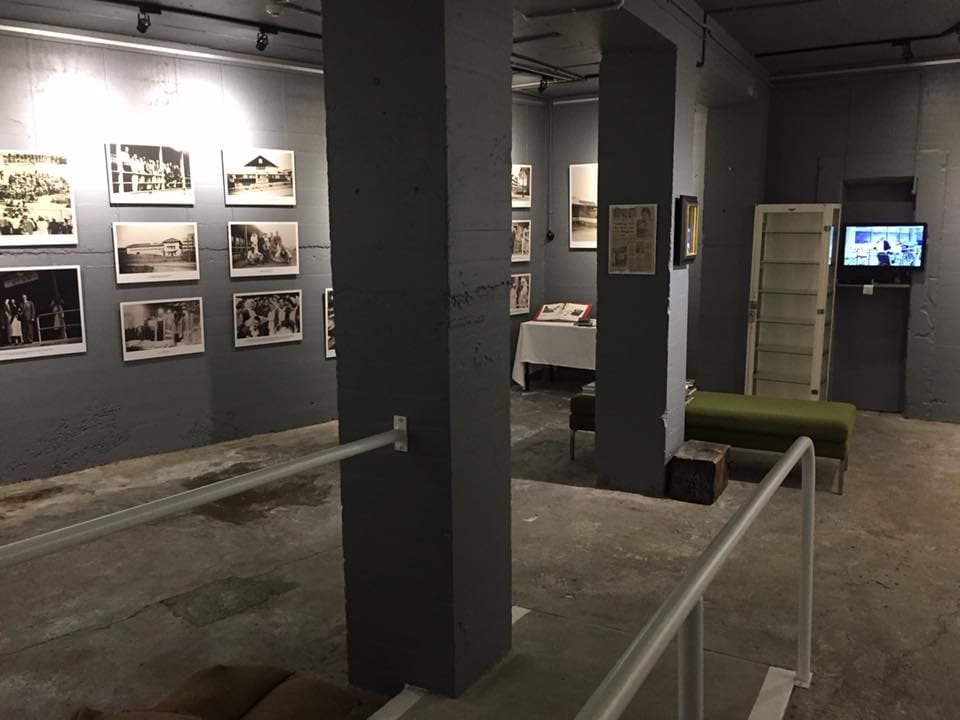 Did you know that in the Greenslopes Private Hospital there is a secret bunker from WWII?

Deep in the darkest recesses of Greenslopes Private Hospital, down flights of stairs and along dark corridors, lies a secret hidden room, The Bunker, telling of days gone by…

Ok, it’s not quite so hidden and secret – or underground – but I only discovered it by chance on a recent visit when a little sign saying ‘The Bunker’ piqued my interest. Following the sign I was led down some stairs, then down a long gently sloping corridor (not dark at all actually!) until I came across a little painted brick room where the sounds of a video playing enticed me in.

Step back in time

Stepping into the room I was taken away from the usual sights, sounds and smells of a busy hospital and transported to an era long forgotten. Here, in the only surviving one of three WWII air raid shelters, was the The Bunker, Greenslopes Private Hospital Museum. Did you know it was there?

History of Greenslopes in historic bunker

The museum is the brainchild of Chris Strakosch, endocrinologist and passionately self-appointed custodian of the Greenslopes story. In this little room you will find photographs, historic news clippings, illustrative books and paraphernalia relating to the history of Greenslopes hospital from concept to present day.

For example, did you know that Greenslopes was chosen as the site to build a military hospital soon after WWII began? It opened in February 1942 when Australian troops were fighting in Africa and the threat of Japanese attack was very real, and it was the closest Australian military hospital to the fighting front.

Greenslopes was also the hospital that received the survivors of the Australian Hospital Ship, Centaur, that was sunk by a Japanese submarine in May of 1943, and it was also in 1943 that Greenslopes housed Japanese prisoners of war in a marquee tent around the back!

Greenslopes received and repatriated Australian prisoners of war upon their return, with one returned serviceman known to comment that his own parents had passed him in the corridor with a polite “G’day” without recognising him as their own much-changed son.

Fascinating stories from Brisbane’s past

This history, fascinating as it is, is not all sad stories. Greenslopes has been the home of some amazing technological firsts throughout its progression from military hospital (112th Australian General Hospital Unit Greenslopes), to the Repatriation General Hospital (1947), to its current form, Greenslopes Private Hospital. It’s seen numerous visits from celebrities including royalty and movie stars, and many advances in science to become a premier healthcare facility and university teaching hospital, but with a sense of great pride Greenslopes still holds strongly to its military roots and ANZAC traditions

So if ever you find yourself at a loose end during a visit to Greenslopes Private Hospital you don’t have to while away your waiting hours in the coffee shop; go on a journey of exploration and discover The Bunker, open Monday to Friday from 9am to 5pm. You can even arrange a guided tour by calling the volunteer services on 3394 6753.

3 responses to “The Secrets of the Greenslopes Private Hospital Bunker”