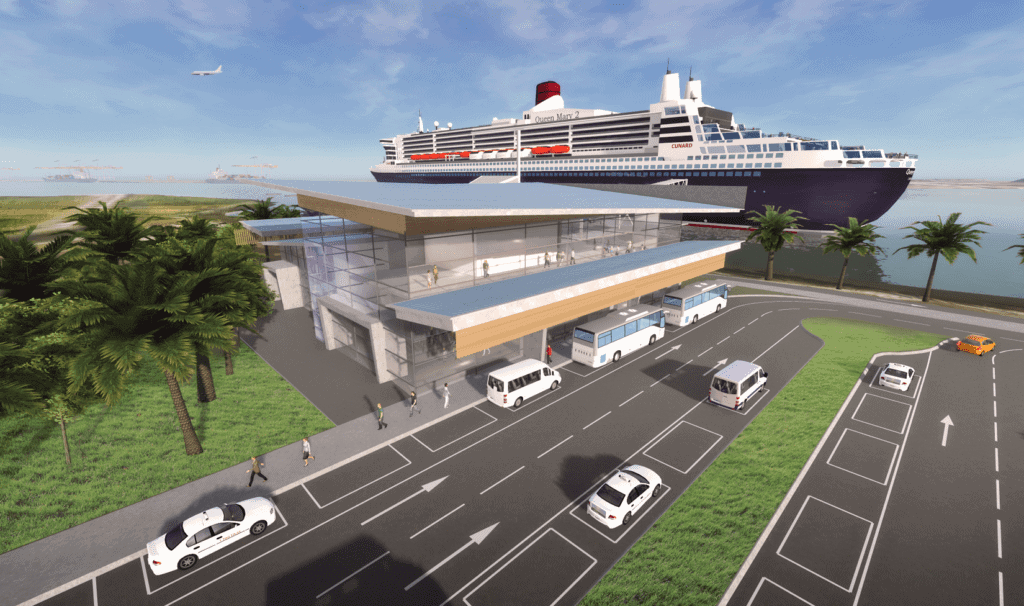 Benefitting Brisbane and beyond

Cruise has been one of the standout performers of Australia’s tourism industry. Australia’s cruise market has grown, on average, over 19% per annum over the last decade, reaching over one million passengers in 2014.
A new cruise facility would support an influx of international and domestic cruise tourists, bringing valuable tourism dollars to stimulate the economy. With Brisbane as a base port, many cruise
visitors will also use the city as a gateway to explore SEQ and Queensland.
By investing in this vital tourism infrastructure now, a new cruise facility will potentially triple the size of Brisbane’s cruise industry over the next 20 years, to:
• support 3,750 jobs
• bring 766,260 international and domestic cruise visitors annually to Brisbane and Queensland
• represent, on average, 5.3% passenger growth each year
• contribute $1 billion in gross output annually to Queensland’s economy.

The proposed Luggage Point location is the only viable site in SEQ that can accommodate mega cruise ships because of:
• access to a swing basin for mega ships – vessels greater than 270m in length
• access to deep water alongside the wharf to minimise dredging requirements
• separation from the main cargo-related activities at the Port of Brisbane
• ability to avoid air draft issues associated with the Sir Leo Hielscher bridges
• proximity to Brisbane Airport
• free from urban encroachment
• capacity to accommodate all ship sizes for both day and base port calls.

The terminal building itself will be around 9,300 square metres set over two levels and connected to a 200m long wharf, with two air bridges facilitating the movement of passengers on and off the ships. There will also be public open spaces, parking for cars and buses plus extensive landscaping across the site.

The proposed cruise facility is a significant infrastructure project for Brisbane and Queensland and is currently progressing through the State Government’s market-led proposal process.

Flying with Babies & Children | What You Need to Know Now!
Dinosaur Trail QLD | Digging for Real Australian Dinosaurs in Queensland
A Family Trip to China | What you need to know!
Family Caravans and Campers - How To Survive Caravanning WIth Kids
Tweet
Pin
Share70
70 Shares