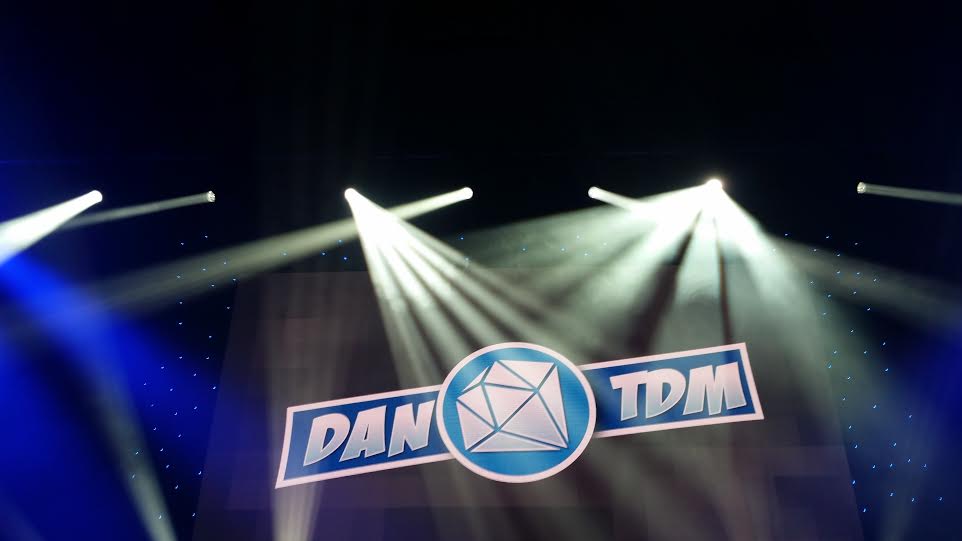 “Hey everyone! Dan here, from the Diamond Minecart”… if you’ve got a Minecraft loving kid, chances are you’ve heard that phrase 4 billion times.

There are a lot of Minecraft video stars but only Dan from The Diamond Minecart is politely spoken, hilarious and G rated – as sixteen millions subscribers can attest.  If YouTube stars are the new “rock stars” DanTDM on tour in Australia is equivalent to the Beatles hitting our shores.

UPDATED – Will DanTDM tour Australia in 2021?

Have you ever been part of a LIVE cinema experience? No, neither have we, but it sounds awesome!

‘DanTDM Presents The Contest’ is an interactive in-cinema event that provides you, Dan’s fans, with an engaging gaming experience and immersive story.

Every 1000 years, an inter-dimensional organisation called The E-Federation visits a different dimension to put on The Contest, a huge gaming competition that takes place between three Tribes, all battling for victory. This year, The E-Federation has chosen Earth to hold The Contest and invited DanTDM to be the Host and Marshal.

Which Tribe will you join and can you help them win The Contest? Will it be the Arktikan Tribe? The Talonian Tribe? Or the Arborean Tribe? Make sure to wear your Tribe colours by going to dantdmshop.com to buy your official Contest Tribe kit in advance of the big event.

Get ready to find out about your Tribe, discover ways you can get involved in order to help support your Tribe and expect a few surprises along the way too! Who will overcome adversity and raise the Mega Cup as the winner of The Contest?

This event has been specially created for a worldwide cinema audience and this will be the only chance for you, Dan’s fans, to see it! View the trailer here!

When is it happening?? We can’t wait!!

DanTDM presents THE CONTEST is happening in cinemas across Australia on November 2 and 3, 2019. Tickets go on sale on October 4.

To learn more about DanTDM (and why kids love him so!) read on for more DanTDM info!

So that’s the good news for 2019. For a little background, here’s what you need to know about DanTDM’s 2017 Australian tour. 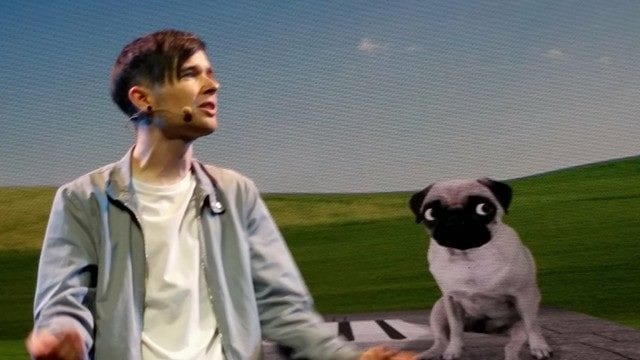 What to expect seeing Dan TDM live in Brisbane

This will be Dan Middleton’s second Australian tour.  He played Sydney Opera House in January and Families Magazine was there, front row centre and then in the VIP area after.  Here’s our top tips for getting the most out of the Dan TDM show.

When will Dan TDM be in Brisbane?

DanTDM will be in Brisbane on Thursday 28th September, 2017.

Where will Dan TDM’s show be in Brisbane?

Dan’s show will be in the Great Hall, Brisbane Convention & Exhibition Centre. 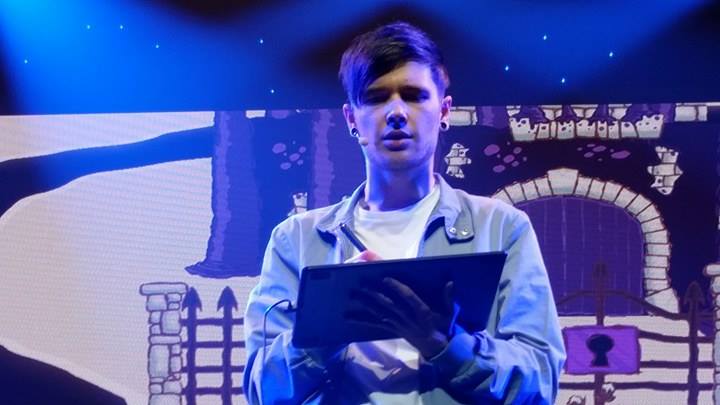 There are two kinds of tickets – the show tickets and the VIP tickets.  Both types sell fast.  Be ready.  The Sydney Opera House is a bigger venue than the Exhibition Centre and it sold out in no time.  Dan’s USA tour sold out across the whole country in no time, don’t kid yourself, these are some of the hottest tickets of 2017.

$125 Diamond Minecart Upgrade VIP Package – Does not include ticket to the show. Can be purchased with any priced show ticket. Parents/carers can take photos but can’t actually sit with Dan (and he’s cute so some parents might be tempted!) 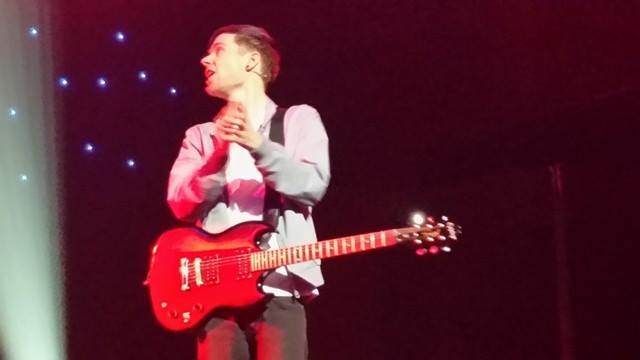 Dan’s joined by a sidekick in the one hour show about his life.  The show features clips all the DanTDM favourites including Trayaurus, The Pugs and Mrs TDM Jemma Middleton.  While parents might find the show a bit… naff… it’s a massive hit with the kids.  So, the specifics?  Well, Dan made the whole audience promise never to share specific details of the show.  Let’s say it’s a “Good Vs Evil” theme, with a little science content, a little audience participation and some slightly disturbing pugs!

In Sydney we were taken in groups of 20 to a VIP area where you collect your free merchandise pack (t-shirts, posters etc) and then directed to wait and watch the group before you.  The kids line up, stricken with rockstar awe for their 1 minute chat with Dan.  It’s seriously, one question and then time for a photo.  He was very kind to the kids and seemed authentically engaged – it wasn’t your typical autograph signing.  After a few pics, you’re ushered out, and the whole experience is over in a few minutes.  Professional photos are available a few days later for free. Is it worth the money?  Hmmmmm.  For my son, it’s still listed as the greatest day of his life – so, for us, yes!  I recommend it only for DIE HARD Dan fans!

Tips for the big day 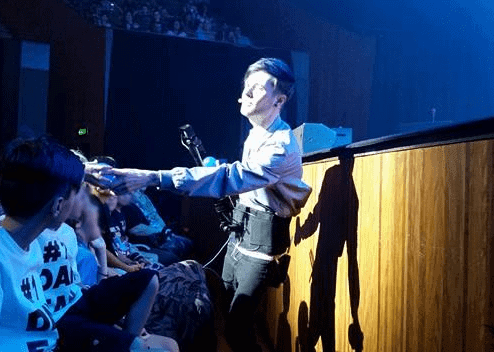 Whether you go to the tour or not, check out these epic Dan TDM toys and Dan TDM gifts for kids! You’ll be the best adult in their lives forever!

We love these Dan TDM swimming shorts and your little Miner will too! Get them right here. 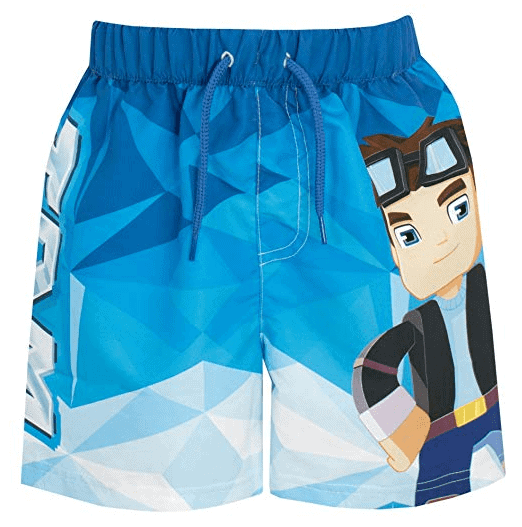 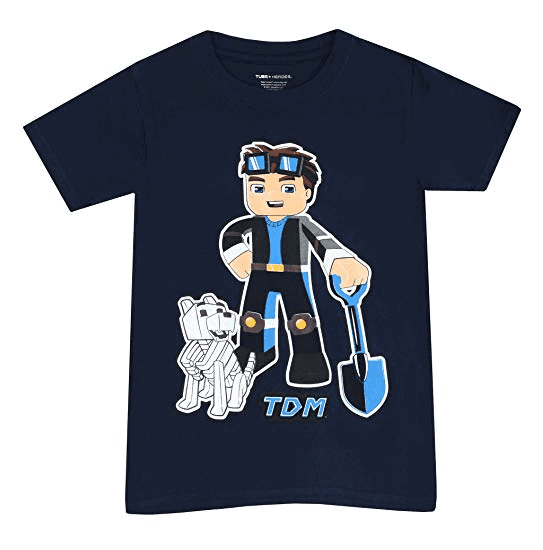 Fans of the Youtube phenomenon Dan TDM will go crazy for this super cool T-shirt and his companion Grim in Tube Heroes form! You can get here it. 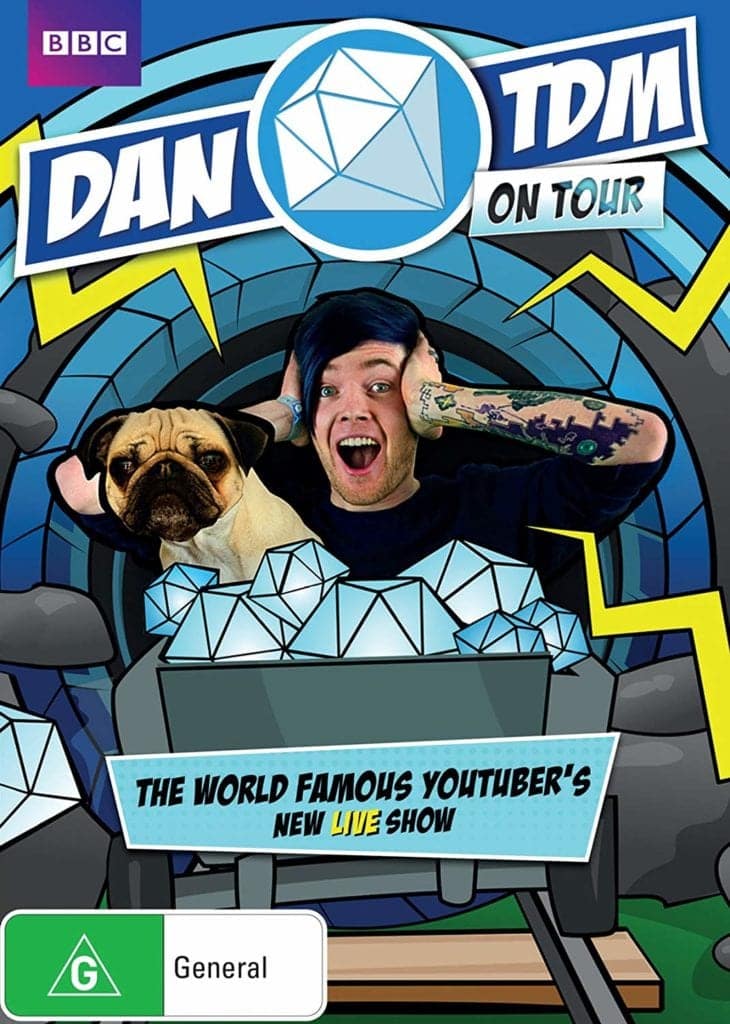 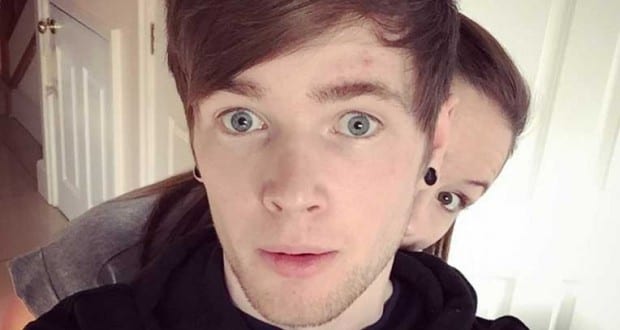 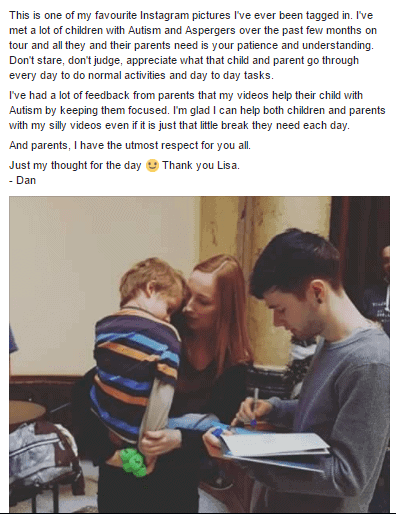 Tickets go on sale in 20th July 2017 and the show is scheduled for the September school holidays.

The big question:  Are you getting tickets?