Home » Best Team Sports for Kids – Find a Club Near You!

Best Team Sports for Kids – Find a Club Near You!

Team sports for kids build valuable skills and attitudes that will last your child a lifetime. Being part of a team teaches children cooperation and communication, develops listening skills, and instils the value of patience whilst waiting their turn on the subs bench!

Encourage your child to try several team sports in the early years to find out what they like and what they are good at. Here are eight popular team ball sports that children can try from a young age, and enjoy right through to high school. 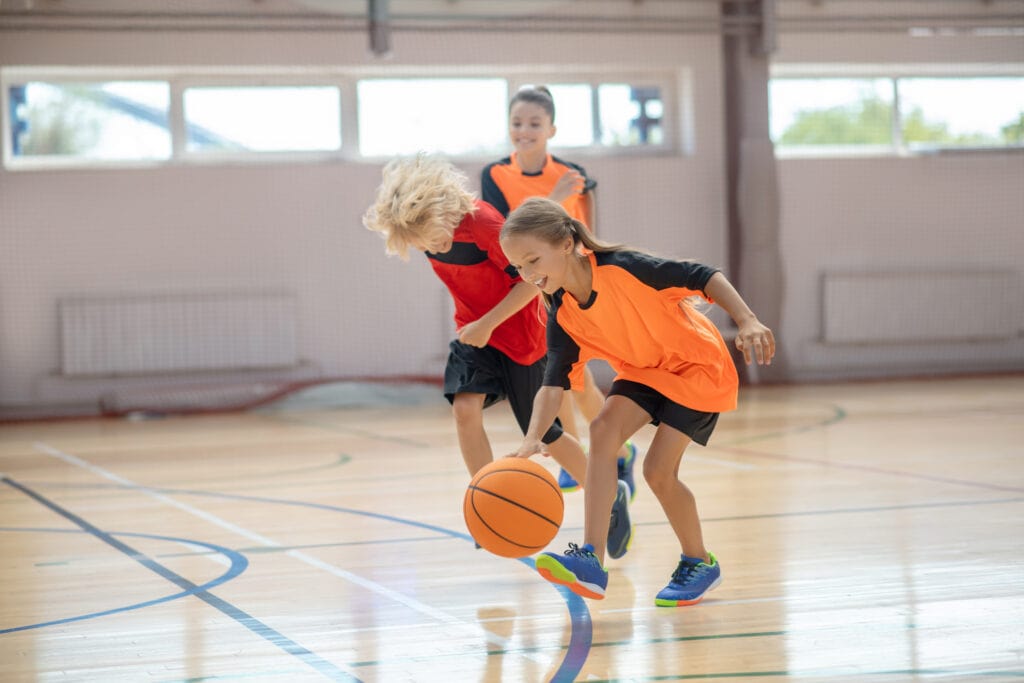 The fast-paced energetic game of basketball is surging in popularity, and with the Brisbane Bullets in the National Basketball League, kids in Brisbane can find plenty of home-grown local heroes to inspire them.

Basketball is great for improving balance, coordination, and agility through dribbling the ball while dodging the defence. It also requires a lot of focus to track the position of other players on the court, plan passes, and make those free-throws!

There are basketball clubs and associations across greater Brisbane. Starting age varies, with some offering fun classes for children as young as 3. Children in Upper Primary through to adulthood have the opportunity to participate in representative basketball tournaments, so be prepared to travel!

Find a basketball association near you.

Soccer is great for developing cardiovascular fitness, endurance, and balance. With each player having their own role within the team, children really learn the value of cooperation and “winning as a team”, not as individuals.

Children as young as two can experience their first kick-around in clubs across greater Brisbane, and there is lots of scope for skill development at special academies.

Find a soccer club near you.

Netball as long been a favourite amongst girls in Brisbane, and boys are increasingly getting in on the netball fun too! It’s a challenging game of skill with fast-paced action and passionate players.

The Brisbane netball season runs from late March to August/September with most games taking place on Saturdays and clubs training at least once a week. Some netball clubs also offer summer seasons so you can play all year round!

Children can start playing from as young as five in the NetSetGo program.

Find a netball club near you. 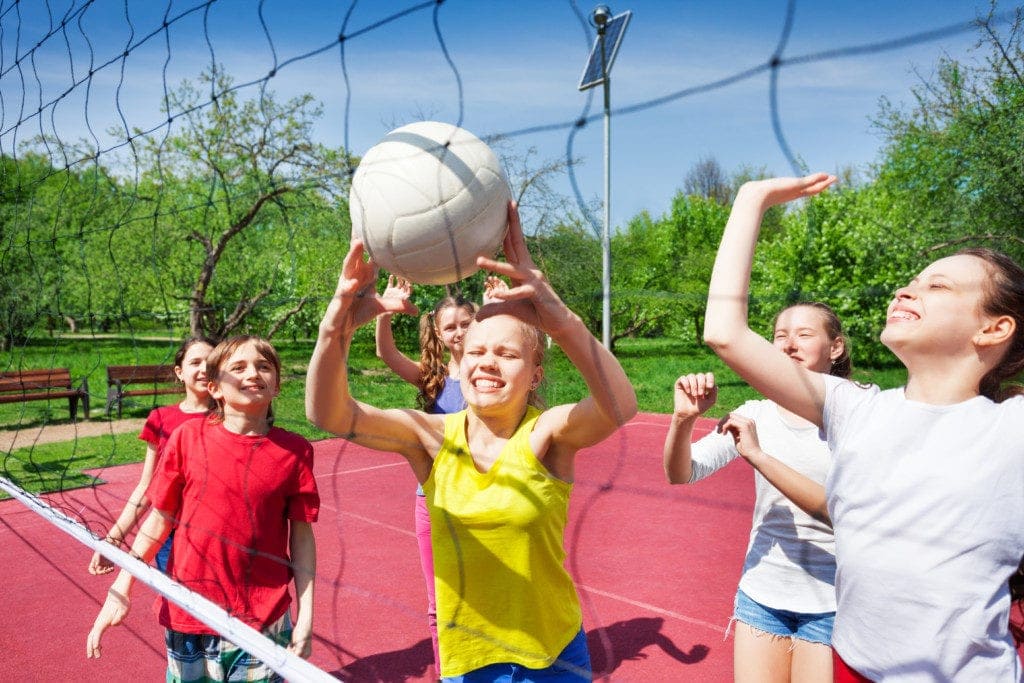 Volleyball is an anytime-anywhere sport; a great game for family picnics, days in the park, or played on the beach. All you need is a place to spike your nets, enough players and a volleyball and you’re set!

Boys and girls who want to take the game more seriously you can sign up to a local kids’ volleyball clubs for coaching or sociable play within a team. Volleyball is generally played from high-school upwards, but there are places that offer a modified game for children from 6 years old too.

Volleyball requires quick reflexes and agility, and a certain amount of bravery when diving to stop those low balls hitting the ground!

Find a volleyball club near you.

Touch football is a low-contact team sport similar to rugby league. It is fast growing to be one of the most popular team sports for kids in Brisbane, and is great for building confidence and spatial awareness.

Several variants of Touch Football have evolved, making it accessible to any age and any skill level, and children as young as three can participate. Some variations even allow for the whole family to play in Families Mixed Teams!

There are two touch football seasons each year: the first from late January to June and the second from mid-July to early December.

Find a touch football club near you.

Aussie Rules Football (AFL) is a national sport that anyone can get into, and it’s unique to Australia!

Kids in Brisbane can start as young as three years old with the Kinderkick and Auskick programs, and boys and girls can play in mixed Junior AFL teams up to 11 years old. From U12 boys and girls play in their own Youth AFL competition teams, with many clubs now focussing on developing their girls-only teams as the sport grows in popularity amongst girls.

Most clubs sign on in February/March with games played April/May through to August/September.

Find a kids AFL club near you.

Baseball is a great summer team sport that kids of any age or ability can enjoy. Boys and girls as young as 4 can start with T-Ball and Little League, and they can keep playing through the leagues right into adulthood.

T-Ball and Rookie Ball are entry-level programs for kids from 4-9 years of age. In T-Ball (U8) players hit the ball from a tee. Players in Rookie Ball (ages 7-9) play from a ball pitched by an adult, learning to hit a moving target.

Players aged from 10 to 12 years can join and play opposing teams in Little League before progressing to Junior Baseball Leagues in high school. Junior Baseball is for players U14 to U20 who want to play competitively.

If you want your child to learn teamwork, cooperation, hand-eye coordination, and stay fit and healthy, then check out our list for a junior baseball club near you! 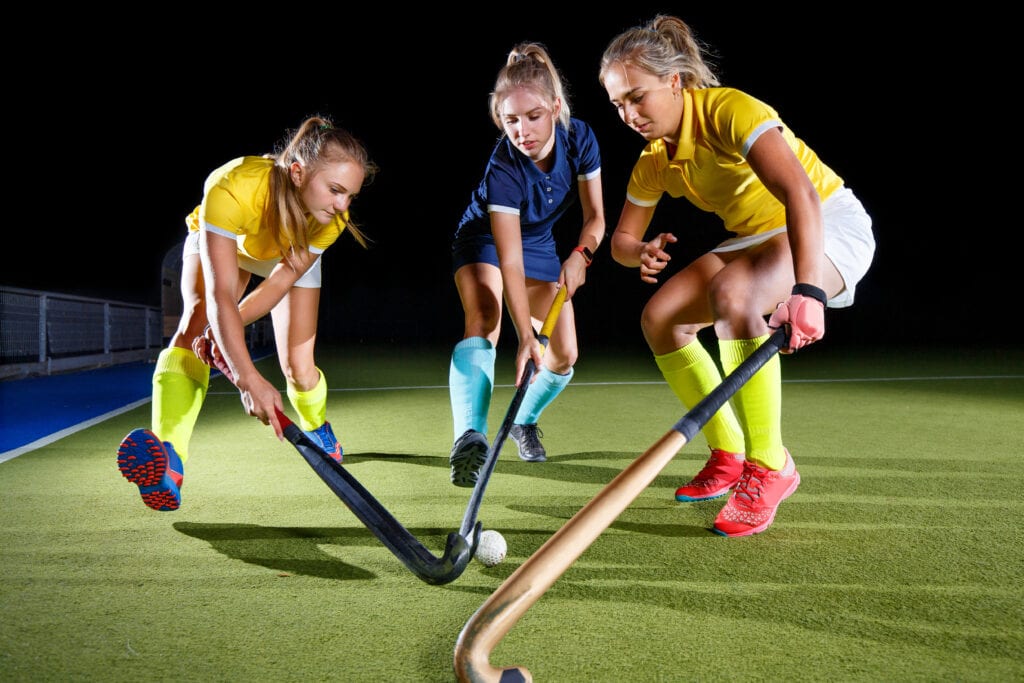 Older children and kids who have completed the Hookin2Hockey program can play in divisions and competitions across Brisbane.

Find a hockey club near you.