10 Ways to Celebrate Star Wars Day on May the 4th 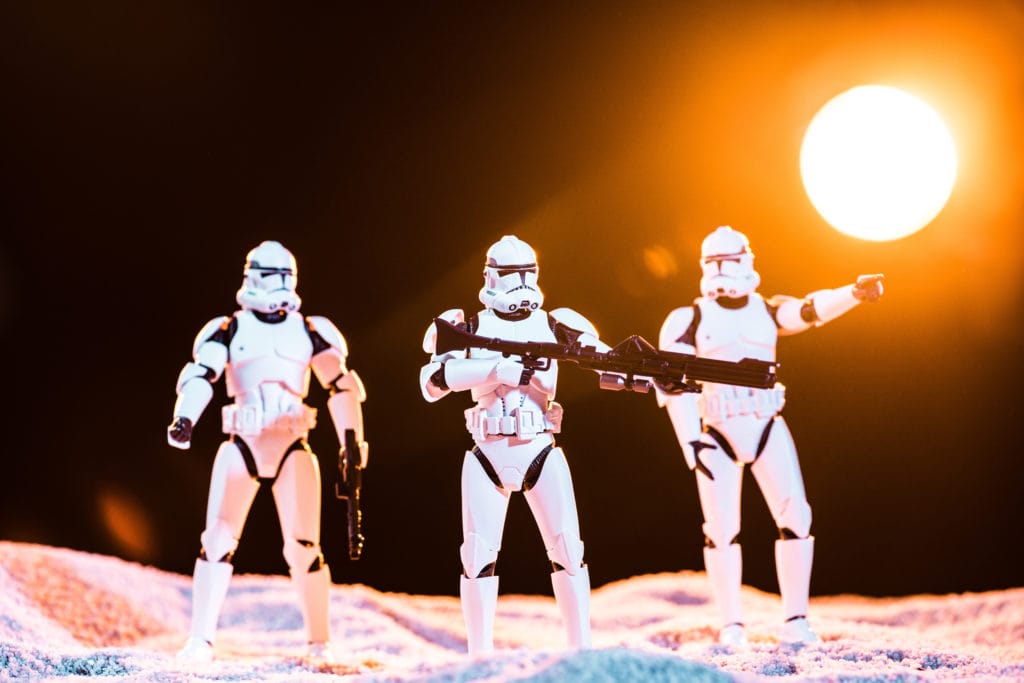 May the Fourth is nearly upon us and it is time to think about all the best ways to celebrate Star Wars Day.

This year, there is a twist… we need to celebrate Star Wars Day May 4th, at home. Fret none, my friends, we have done our homework and come up with 10 Star Wars Day activities to help you celebrate today without going out!

Why is today Star Wars Day?

Star Wars Day, May 4, is an international observance focused on celebrating George Lucas’ Star Wars movies. It was originally observed by the core Star Wars fan-base but quickly spread around the world.

The date was chosen for the pun on the catchphrase “May the Force be with you” as “May the Fourth be with you”. Even though the holiday was not created or declared by Lucasfilm, many Star Wars fans across the world have chosen to celebrate the holiday as a National Star Wars Day. It has since been embraced by Lucasfilm and parent company Disney as an annual celebration of Star Wars.

We have collated our top 10 ideas to celebrate Star Wars Day, this year from home, with your closest family members!

1. Rewatch all the movies 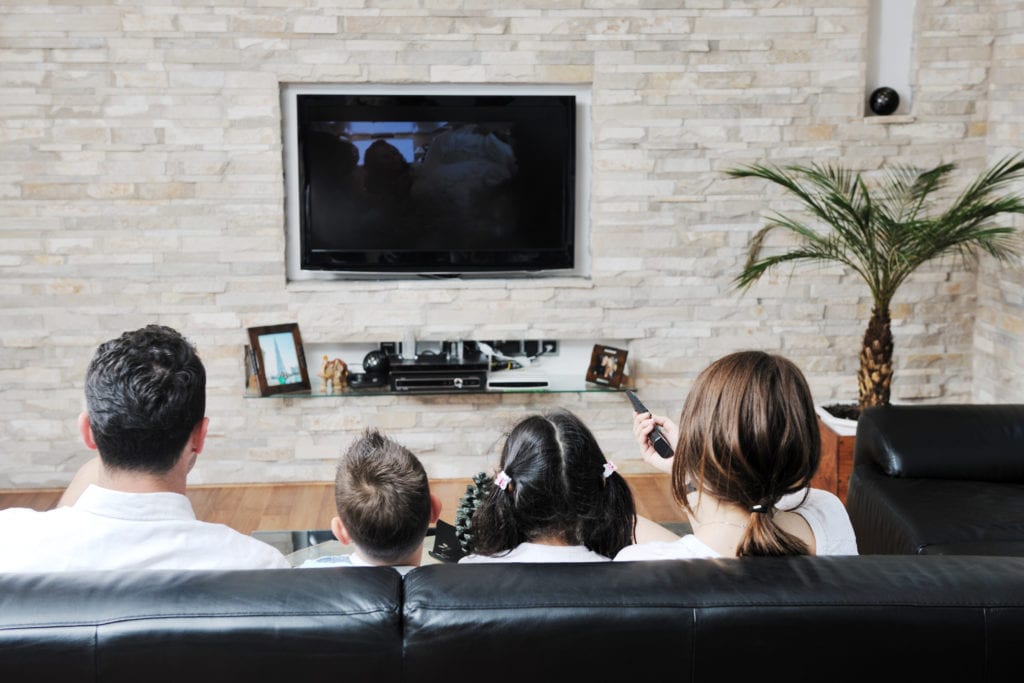 The most important part about Star Wars Day: the movies.

After Princess Leia, the leader of the Rebel Alliance, is held hostage by Darth Vader, Luke and Han Solo must free her and destroy the powerful weapon created by the Galactic Empire…..

Depending on your history with the movies (and feel free to correct me in comments) the correct order in which to watch the Star Wars movies is:

You can buy the Original Star: Wars Trilogy here for $16 (3 Disc)

You can buy the Star Wars: Prequel Trilogy here for $16 (3 Disc) 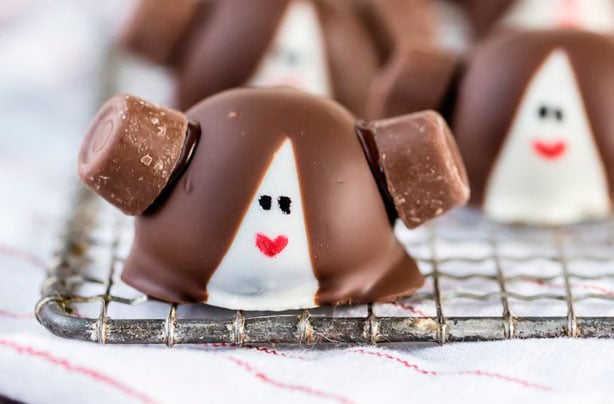 If you’re going to be getting your Star Wars movie thang on, you you will need to ensure you are adequately fed and watered for the duration. Prepare for your May the Fourth marathon with some themed recipes. From Princess Leia truffles and Wookie Cookies to Yoda pancakes here are 10 out-of-this-world food ideas for the Star Wars lover in your life. May the forks be with you!

3. Get your Star Wars craft on

Whenever there are kids involved, you can be sure of two things. Food and craft. If you are looking for some crafty ideas either before, during or after the movie binge, then check out these suggestions.

You can make light sabers, colour in your favourite character, create an adorable baby Yoda, build your very own R2D2, or my personal favourite crafting up a pinata Death Star. Check out these 42 Fun Star Wars craft ideas.

There’s really no limit to what you can do—and if you run out of ideas, there are plenty of online resources and books to help stimulate your creative side. 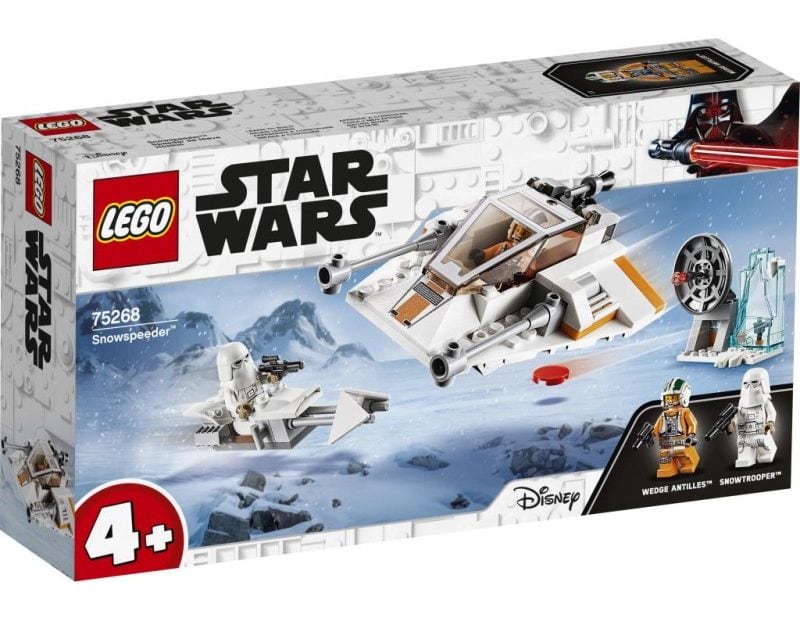 Enter a galaxy far, far away with an almost unlimited supply of Star Wars LEGO options. Build your Rebel Alliance or Empire Army by getting a LEGO Star Wars set. From Obi-Wan’s Hut to Luke Skywalkers Landspeeder, from fighters to Death Stars, there is no shortage of Star Wars LEGO to help you create the mood for you and your kids.

Before the days of computer generated imagery (CGI), the makers of Star Wars created real models of spaceships and used forced perspective to scale them up in their films. The Museum of Science took the props on an eight-year round the world tour, which has unfortunately ended now, but you can still take a virtual tour online.

The tour showcased Luke Skywalker’s landspeeder from Episode IV, a walk-through of the Millennium Falcon, and original costumes and robotics. Watch the video for a virtual tour!

Star Wars: Galaxy’s Edge in Disneyland California and Walt Disney World Florida, is a must-visit destination for Star Wars fans – and you’re only seconds away! Via the magic of YouTube you can ride the Millennium Falcon: Smugglers Run, Star Wars: Rise of the Resistance (above), Build a Lightsabre at Savi’s Workshop, take down Darth Vadar with Star Wars: Secrets of the Empire, or simply go on a walking tour of Star Wars: Galaxy’s Edge. 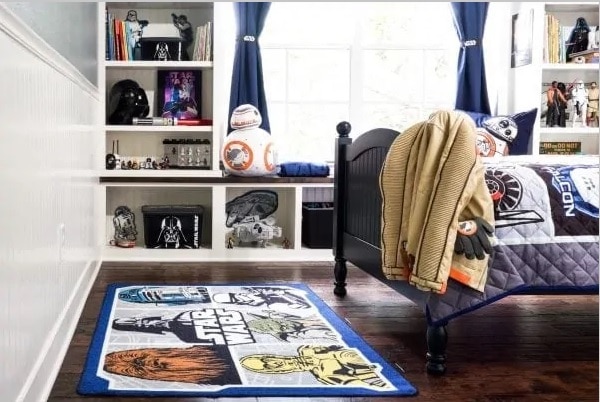 The nostalgia is strong in this one. If you have the time and your kids are keen, why not throw together (she says, ‘throw together‘ like it will take 5 minutes!) a brand new themed bedroom for your young Star Wars lovers? We found this Star Wars bedroom design article about all the things to include as well as where to get them.

You are welcome! (We also like this Minecraft bedroom design!)

There is a wealth of music associated with the movie franchise. Some of our favourites:

This music is Darth Vader’s theme, also known as “The Imperial March”.

Kick off your May the 4th celebrations with a listen to Shag Kava’s ultra-cool tune! Listen here.

Or just google Star Wars music on YouTube and play one of the 10 hour long videos you will find in there!!! 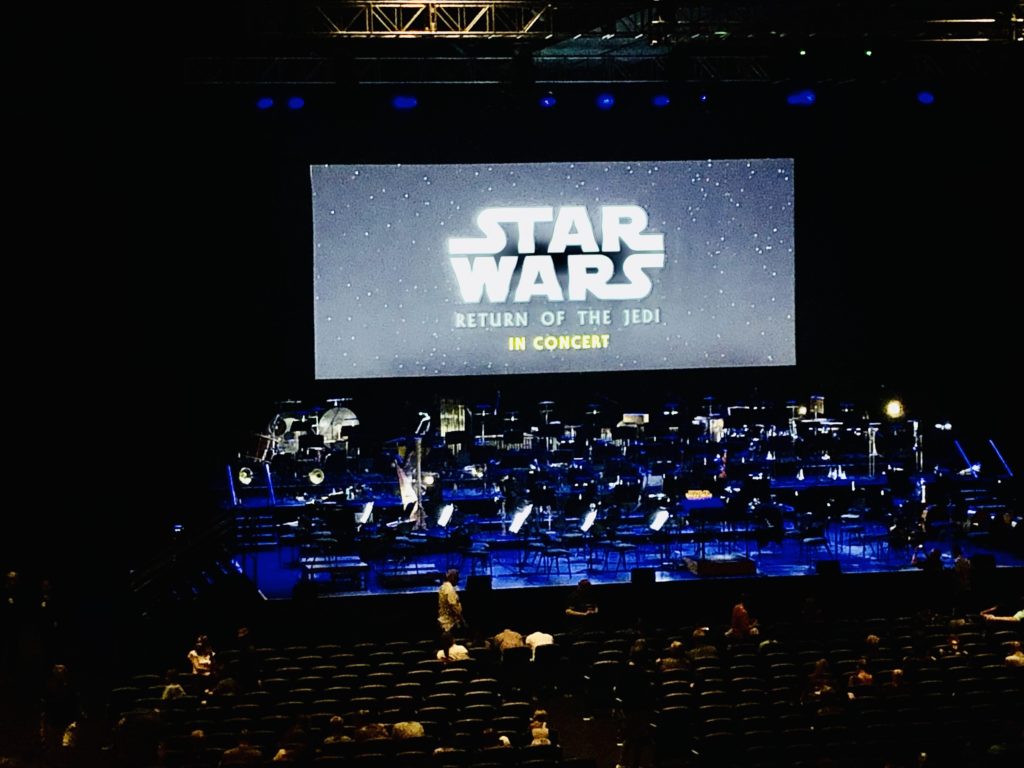 Experience the spectacular Return of the Jedi on the big screen, with John Williams’ iconic soundtrack played live by Queensland Symphony Orchestra.

Visit the QSO website to find out when they will next be showing this epic live movie experience. In the now-legendary 1983 film, The Galactic Emperor readies the second Death Star to unleash the final blow to the Rebel Alliance. Han Solo, Princess Leia and Chewbacca are joined by the Ewoks, while Luke Skywalker confronts his father, Darth Vader, in the fantastic conclusion to the original Star Wars series. 5 stars. Highly recommend!!