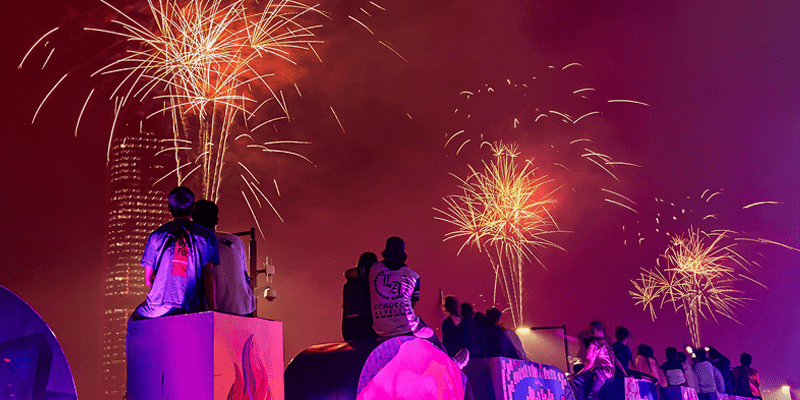 The night sky is our final canvas for Brisbane’s night of nights.

This is one of the most electrifying fireworks displays in Australia, fired by Foti Fireworks Queensland from multiple bridges, barges and city rooftops, with aerobatics from the Australian Defence Force.

For information about road, bridge, and river closures, including permits for spectator vessels, see this page.