Home » Reducing Screen Time as Punishment – Why I Found It’s an EPIC Mistake!

Reducing Screen Time as Punishment – Why I Found It’s an EPIC Mistake! 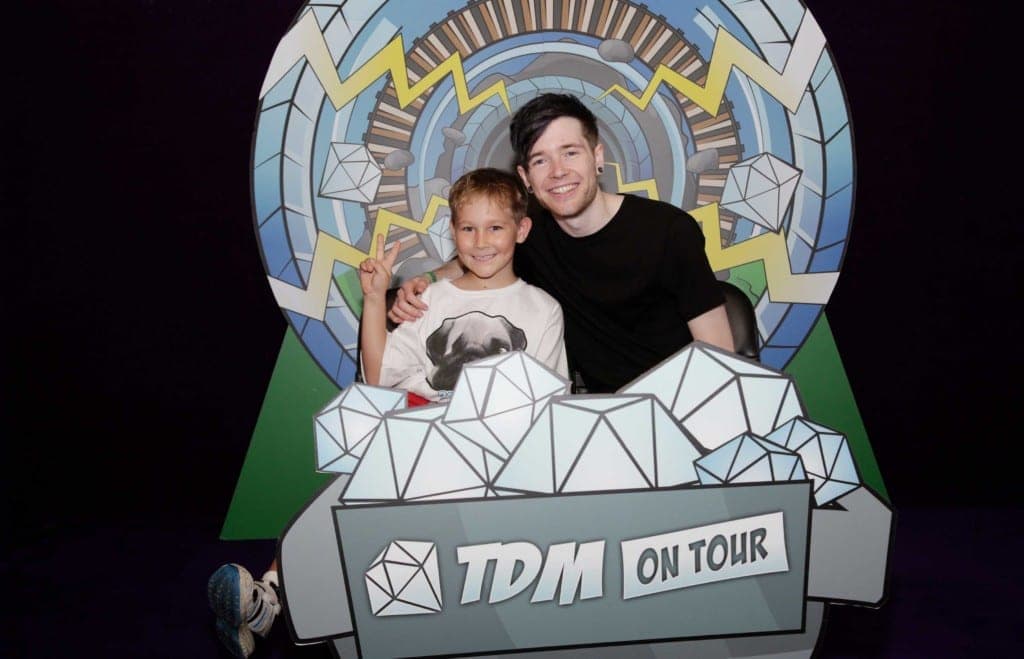 My child’s currency is screen time. He’s obsessed. In fact, I would go so far to say that he has an addiction to screen time. His obsession with Minecraft is one thing, but he’s also a dedicated follower of YouTube influencers like DanTDM and Think Noodles – guys who play Minecraft on screens for kids to watch. He loves it. He loves Dan. He follows all the Minecraft YouTube influencers religiously – and it is, literally religious! So screen time is the currency in our household. We let him earn screen time. I have been pretty lax letting screen time be a very convenient baby sitter. We’ve also used reducing screen time as a punishment. It turns out that this is the worst parenting decision I’ve made of late (and I make some shockers), here’s why. 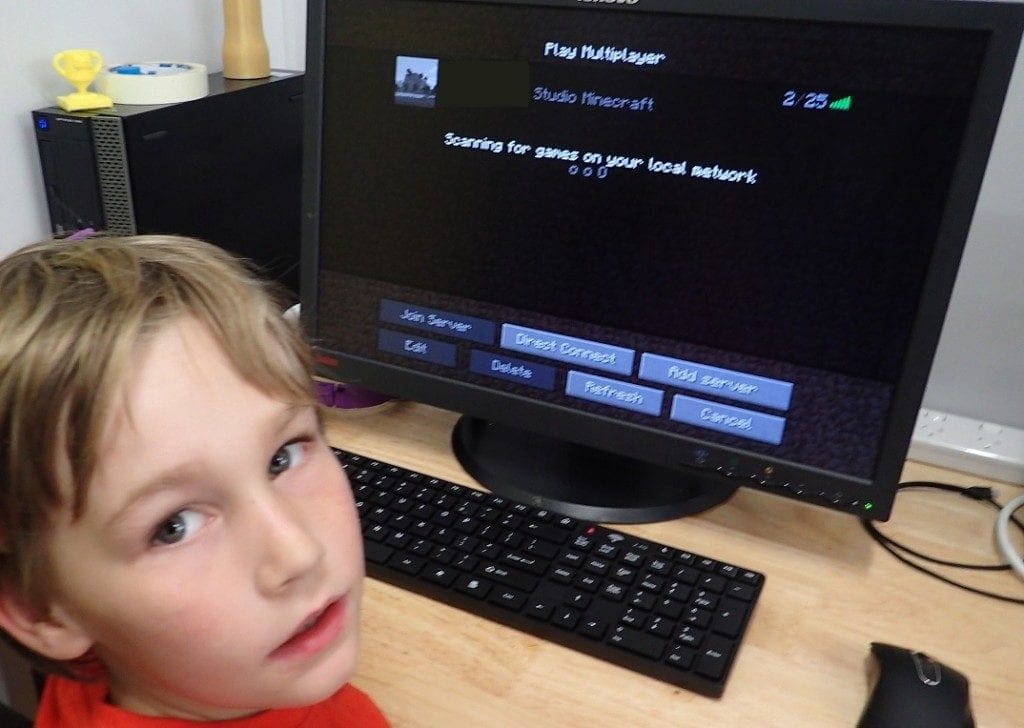 So, basically he’s a typical 7 year old. Getting him to listen, not just hear, is a daily challenge. When he’s glued to a screen, it’s almost impossible to get him to listen to me. On the fateful day that the screen time punishment was handed down, he didn’t listen to two important instructions which resulted in a dangerous situation. This was a big one. The kind of behaviour that ends in zero screen time for days…. We used screen time as the currency because it’s a big obstacle to him listening and understanding instructions. It was, believe it or not, a big mistake.

Day one of no screen time

Ok the incessant whining and sulkiness aside, day one of no screen time at all was kind of scary for me as a mother. It was like watching someone quit smoking. He bounced between foul moods and longing for his drug. He talked about his favourite YouTube influencers and how he was missing their new post. He worried about missing out on news or access to new Minecraft command block something, something…ender dragon something. He wasn’t just cranky (although, he was cranky) he was anxious. He was visibly suffering anxiety about missing the daily posts of his YouTubers. He was anxious about the world he was building and worried he’d forget something he had planned. It was hard to watch my little boy suffering mental health issues over screen time. For the record, yes, I was hating myself as a parent.

Day two of no screen time

On day two, he slept in. He got a full extra hour of sleep because he knew he wouldn’t be able to ‘check in with Dan’ and the other YouTube influencers to see what had happened overnight. When he woke, he was anxious and depressed. Sad to be missing out on his obsession. The complaints. Oh lordy the complaints. He was a hard person to be around. He sat on the couch being sad with occasional fits of anger.
After school, he didn’t want to rush home to meet up with the neighbour kids in their “world”. He agreed, begrudgingly, to go to a park for a play. He had a ball. He’s usually a hard kid to get to the park. He’s never been very sporty (hello my genes) and isn’t a huge fan of running around. But, secure in the knowledge that nothing better was waiting back home, he let himself go and had a blast climbing, running and playing with his friends.
Back home and he was straight back to sad and grumpy Mr 7. Being around the screens was enough to remind him of how sad he was feeling. Like an alcoholic passing a pub… After the win with the park, I felt ready to take on this sadness. I tried to engage him in a bunch of activities, to get him to play some Lego or Mobilo. He just wasn’t interested. Finally I convinced him to do some drawing and writing. He sat at the table and created a little book, about why he loves Minecraft. Baby steps…

Day three of no screen time

After another epic sleep in, he was up and putting the finishing touches on his book. The complaints slowed down (not stopped) as he drew epic illustrations of secret Minecraft worlds and wrote stories about pranking his favourite YouTube heroes. After school, he teamed up with the “non-Minecrafty” neighbour kids to build a fort and played outside for hours. Only in the evening did the complaints start again as he has used YouTube as part of his bed time routine for some time. A couple of videos and then brush your teeth… With no videos to watch, he was at a loss. He brushed his teeth a half hour early and then retired to bed to read. Instead of trying to read until late, he got his hour’s reading time in and was asleep AT THE RIGHT BED TIME.

As the week wore on, there were fewer complaints, more sleep-ins and a lot more outside time. While he still missed his Minecraft world, it was no longer an obsession. All the extra running around made it easier to get him into bed each night. He spent the rest of the week drawing, writing, playing outside and building aeroplanes out of Mobilo. We barely heard about YouTube influencers (and jeez was it nice to not hear their voices) and the latest Minecraft update. It became obvious to me that I’d been very lax with limiting screen time. I’d let him watch and play with very few limitations and finally I could see the consequences.

I’ve made a terrible mistake – reducing screen time was a bad plan!

Actually I made two terrible mistakes. First I let my kid have “all he can eat” screen time. Second, I told him that reducing screen time is a punishment. Reducing his access to YouTube influencers is something that happens when he’s bad. Not, something that is good for him. At the end of the ban, he was up early to catch up on a week’s worth of YouTubers. He was command blocking his way through all the ideas he’d had for his world. The books, the Mobilo… everything he’d played with was abandoned.
When I suggested that he had fun all week, he barely listened. He was back in his zone and nothing I could say would help him “make the choice” to reduce screen time. Nothing. Nada.
So now I find myself in a terrible predicament. The only way I can reduce his screen time and curb his obsession with his favourite YouTube influencers is to enforce it… something he associates with punishment. He’s passionate about STEM subjects and has taught himself basic coding. I don’t want to discourage him from taking an interest in this because he’s not the least bit interested in sports! So I’m stuck.
I am not the perfect parent. I work full time. I am the modern mother. Working full time, often stressed, often reliant on the digital babysitter. And, I don’t have any answers. All I can offer is a warning to other busy parents, that associating reduced screen time with punishment is NOT the way to go. So I am writing this blog to ask for help.

My question: Have any other parents out there made the same mistake? Did you get past it? Find a way to get your child on board with reduced screen time WITHOUT making it feel like a punishment?

3 responses to “Reducing Screen Time as Punishment – Why I Found It’s an EPIC Mistake!”