Frew Park in Milton is a playground for all ages near the Milton Tennis Centre. It is not your ordinary playground. It’s special and if you havent checked it out yet, IT IS NOW TIME to add it to your bucket list!! 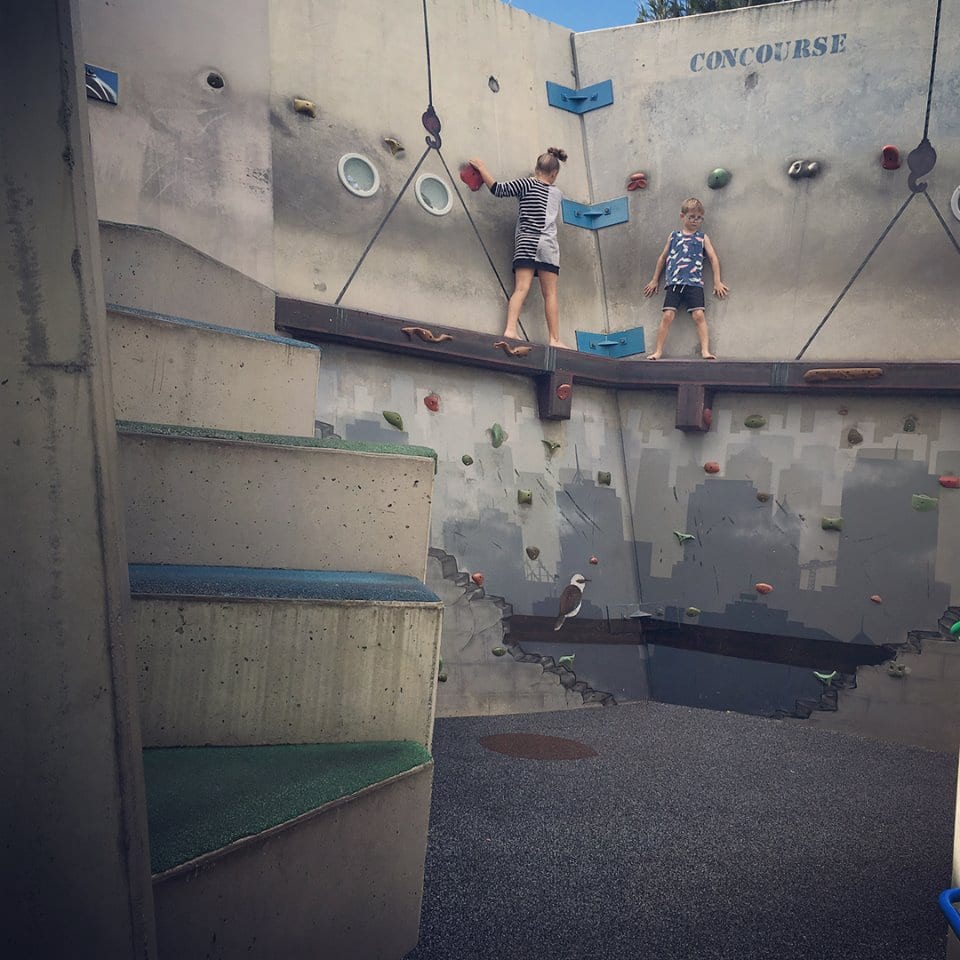 Built on the site of the former Queensland Tennis Centre, this Brisbane City Council site has been rejuvenated. This 3.5 hectare inner city area is now a magnificent parkland. The site is located between Frew Street and Milton Road, Milton.

Frew Park is a playground for all ages 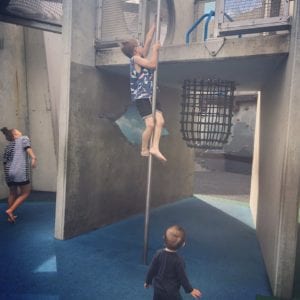 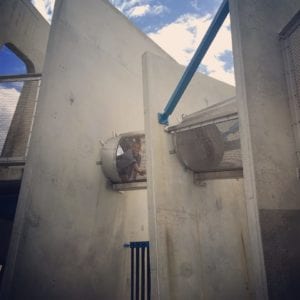 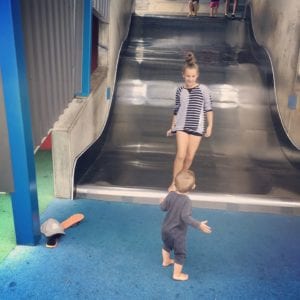 Whilst the parklands and playground is said to be designed for kids aged 10 – 15, you can see from our photos that there is something for all ages at this playgournd!

The PlayWorks and Guymer Baily Architects, combined architectural and play components to design a play space based on the former tennis court grandstand.

Check out our photos to give you a much better idea! 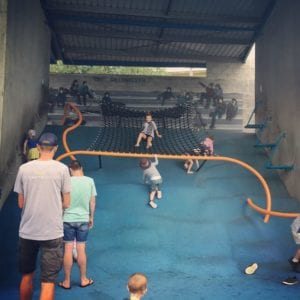 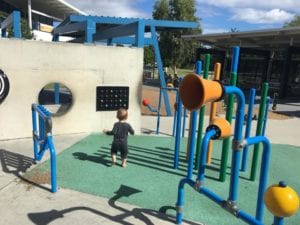 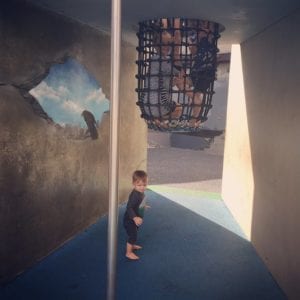 Did someone say coffee?? There is a cafe located right next to the playground that serves delicious tea, coffee and snacks. If your kids are slightly older you may like to sit on the balcony hanging from the cafe where you can watch the kids play.

Other amenities at Frew Park 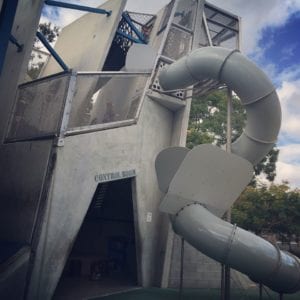 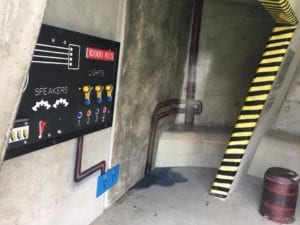 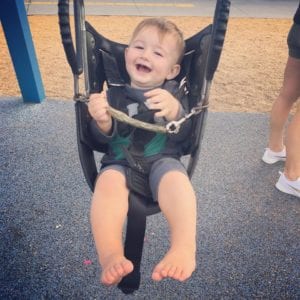 This has been planned with families in mind.Amenities at Fre Park include:

Can I book Frew Park online?

Yes! The park has a designated booking site which is an awesome idea if you are planning on booking a birthday party or other celebrtaion! You can find out how to book here.

So, what are you waiting for? Grab the kids and jump in the car and head out to this wonderful park and playground – a great way to get the kids of all ages outside and climbing, jumping and playing in our great outdoors!!