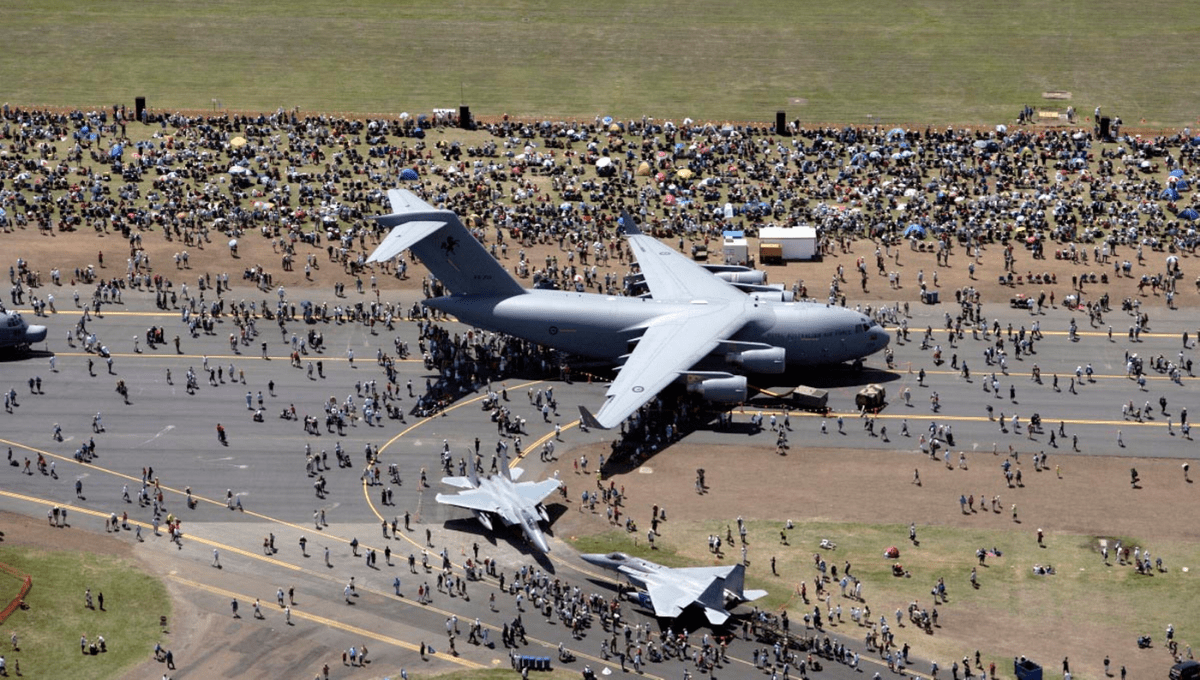 Tweet
Pin
Share
0 Shares
Defence, in partnership with the Ipswich City Council, will host the Ipswich Amberley Air Tattoo (Air Tattoo) over the weekend of 29 and 30 October 2022.
The Air Tattoo will be held at Australia’s largest Air Force base, RAAF Base Amberley, with the event opening at 9am and closing at 4pm on both days.
RAAF Base Amberley has a long association with the City of Ipswich with the base first commencing operations on 17 June 1940 during the Second World War.
The Air Tattoo will be an exhilarating aviation experience giving people a rare insight into the base, people, aircraft and military capabilities that call Amberley home. It is also a great opportunity for Defence to thank the people of Ipswich and surrounding communities for their support to RAAF Base Amberley and the Australian Defence Force members who serve there.
Air Force aircraft will conduct flying displays and flypasts over RAAF Base Amberley during this two day event. Aircraft will also be on static display on the ground as well as a range of military equipment being on display showcasing the capabilities of a number of Australian Defence Force units and squadrons located at the base.
Tickets for the Air Tattoo will go on sale from Wednesday, 20 July 2022 at 9.00am. Tickets are $10 per ticket or $40 for a group of up to 5 people. Children 5 years and under are free and do not require a ticket. Tickets for the Air Tattoo are an all-day pass with 20,000 tickets available each day. Car parking will be available at RAAF Base Amberley for the Air Tattoo but there will be no public transport or pedestrian access to or from the base. Get your tickets HERE.
Tweet
Pin
Share
0 Shares
+ Google Calendar+ iCal Export