Looking for a fun after-school activity to get the kids’ feet running and adrenaline pumping? Toowoomba Indoor Sporting Arena has the solution for you! It’s one of many great things to do in Toowoomba with kids!

This is the premier indoor sports venue in Toowoomba and boasts six playing courts and one practice net, set up complete with a bowling machine. The centre has a fully licensed bar and canteen, and caters for functions, birthdays and corporate groups. Court hire and bowling machine hire is also available.

The aim of Toowoomba Indoor Sporting Arena is to provide a healthy, professionally managed and fun environment where friends, families and workmates can enjoy playing social sport all year round.

The Sporting Arena is sure to offer a sport that appeals to your children. Whether they’re only young or a growing teenager, with a plethora of options available there’ll be something to suit them. Why not bring the whole family in on the fun too? 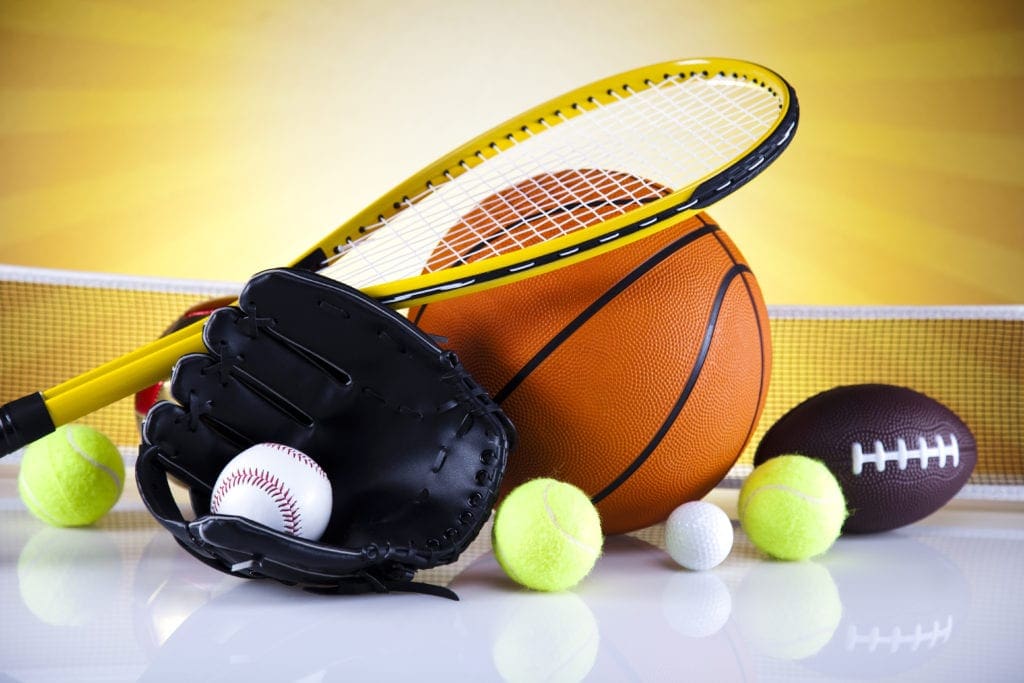 Offered every Friday for juniors and Thursday for mixed teams, Cricket might just be your child’s sport of choice. There are again no nomination or registration fees, costing $7.50 per game per player for juniors and $104 per game per team for mixed games. Cricket is played between two teams of 11 players each on a field and is the world’s second most popular sport with over 120 million players worldwide.

Toowoomba Indoor Sporting Arena runs two cricket cup competitions designed to get your child involved in a new sport. The Woolworths Cricket Blast is an entry-level program aimed for young children aged 4-7, while the Toowoomba Dragons Junior Cricket Cup is competitive for children aged between 8 and 16.

This is an entry-level program which was specially designed by Cricket Australia to introduce young children aged 4-7 into cricket. Those who register will participate in a 4-week training program and then progress into a modified competition specifically designed for little ones. 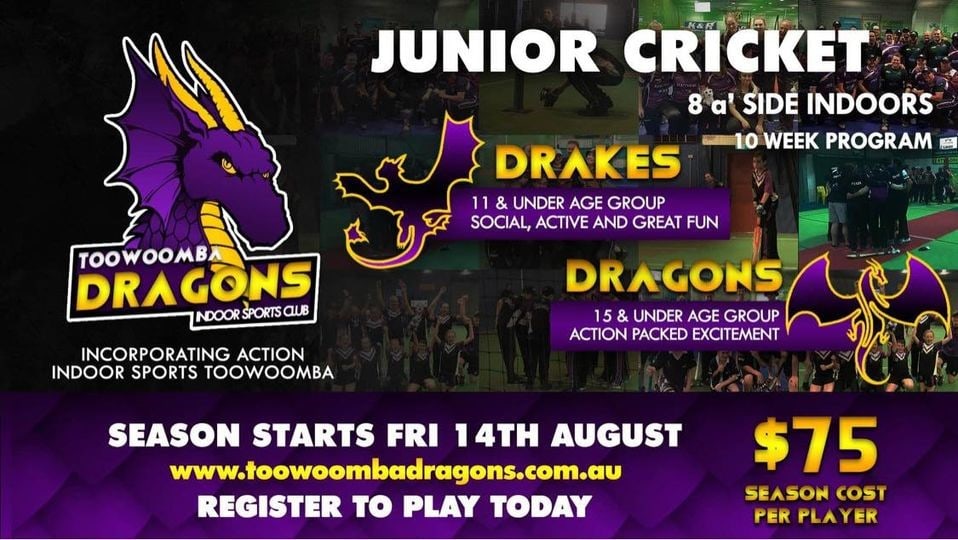 Calling all Junior Cricketers aged 8 to 16! The Toowoomba Dragons want you! Register your team or join one of their many teams! Toowoomba is hosting the 2020 Junior State Carnival – a weekend of junior cricket fun Grades played are 10s, 12s, 14s, and 16s. It’s a great opportunity to play a weekend of cricket fun!

This event is played over the school holidays – Fri 25th, Sat 26th & Sun 27th September. The kids will play roughly 7/8 games over the weekend against teams from all over Queensland. This event is also the official development pathway for junior indoor cricket and squads are chosen for the 2021 Development Camp – where Qld teams are selected for the 2021 Junior Cricket National!

If you would like to play, contact Toowomba Dragons asap. They still have room for teams or individual players!

You can contact them via email at toowoomba@actionindoorsportsqld.com.au or call (07) 4635 9999.

Indoor Hockey is available to Junior Grades, Mens Grades, Ladies Grades, and Mixed. Indoor Hockey is an indoor variation of the traditional outdoor field hockey and usually consists of 6 players on the pitch, 5 field players and 1 goalkeeper, making a maximum of 12 players on a team. Players may not hit the ball, but only push it or defect it. They may not raise the ball except in the shooting circle with the purpose of scoring a goal. Hockey is a fun sport for anyone to enjoy and is played by men and women, boys and girls from the age of 5 through to 85. 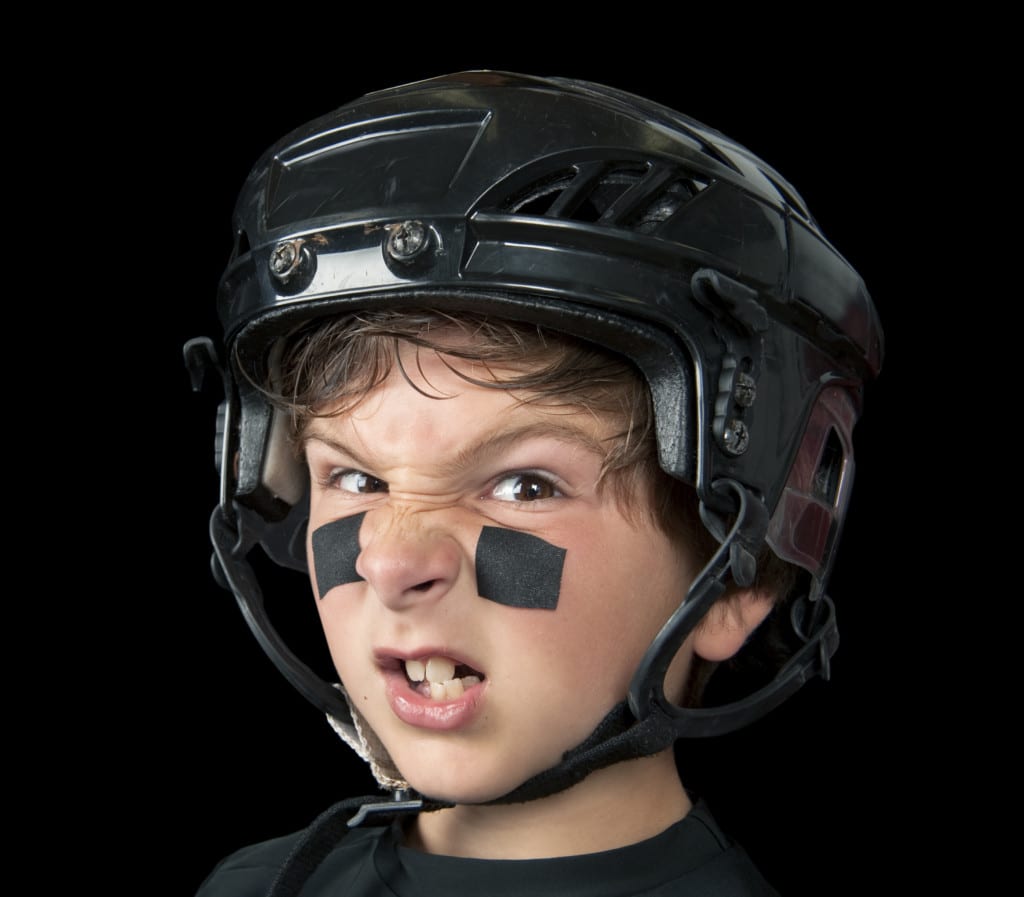 Soccer is a sport played between two teams of 11 players and is enjoyed by 250 million players in over 200 nations, making it the world’s most popular sport. Junior soccer games are played every Friday at Toowoomba Indoor Sporting Arenas, at a price of $7.50 per game per player, with no nomination or registration fees. Mixed games are played for $60 per game per team on Mondays and Wednesdays.

Netball is one of the great Toowoomba indoor sports played by two teams of 7 players. Predominantly played by women, according to the International Netball Federation it is played by over 20 million people in more than 80 countries. Netball games are played each day at Toowoomba Indoor Sporting Arena, consisting of a Mixed team, a Ladies team, and a Junior Team. Mixed games are played Monday to Thursday, and juniors play Friday. Cost for juniors is $7.50 per player, and seniors is $77 per game per team. There are no nomination or registration fees.

Junior Netball is starting back at Action Indoor Sports Toowoomba from Term 3! Register your team online today at the Toowoomba Dragons website. Every registration and every team payment, for the whole season, puts you in the running for their fantastic $1000 CASH PRIZE, thanks to EMsports.live! With other great prizes up for grabs each week as well!

For a bit more of a light-hearted take on signing the family up for indoor sports, consider Bubble Soccer for everyone to enjoy! Bubble Soccer is said to be the latest craze sweeping the world, being an addictive and hilarious game with a difference. It is all about smashing into each other, bouncing around, and rolling across the floor in an inflatable Zorb-like ball. Encased within a blow-up ball you can definitely count on a decrease in injuries and accidents and an increase in fun, laughter, and bouncing around upside down with your legs in the air!

Another fun-filled game suitable for the entire family to enjoy, Dodgeball is the ultimate of games. The balls are soft and the action is intense to be sure to get your hearts racing. The game requires simple skills, simple rules and provides non-stop action and fun!

Get your family down to Toowoomba Indoor Sporting Arena to enjoy a fun game of Dodgeball or Bubble Soccer, or get the kids’ adrenaline pumping by signing them up to a competitive sport of their choice!

Looking for more ways to keep the kids moving in Toowoomba?

You can also check out our events calendar to see What’s On in Toowoomba!

How to Play Beach Cricket This Summer
Parkrun with kids in Queensland - is it safe?
Your Complete Guide to Dance Classes in Toowoomba
VIDEO REVIEW: Ice Skating in Brisbane | Where to Take Your Kids Skating
Tweet
Pin
Share
0 Shares