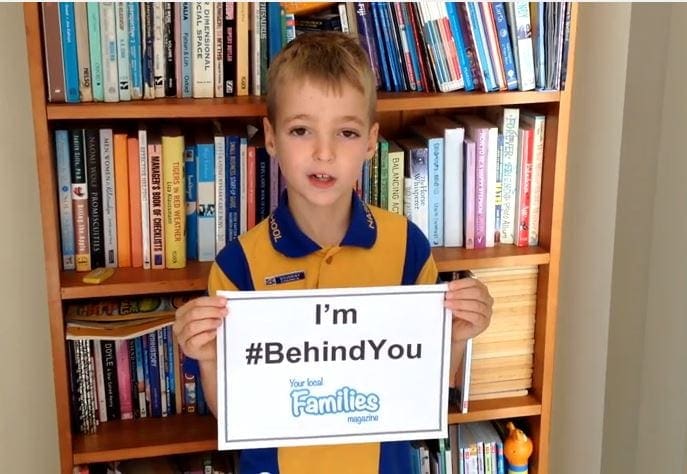 Families Magazine’s youngest contributor, seven year old Alex attracted the attention of the ABC with his efforts to get behind the Anti-Bullying movement.  Year three student Alex has joined the student council at his school with the goal of stamping out playground bullying and getting behind kids who have had negative experiences.

As part of the March 20th national campaign against bullying, Alex prepared a video to support those victimised by bullies.  This campaign has received national attention.  Alex’s video was picked up on social media by the Australian Broadcast Corporation and included in their reporting of the day.

Bullying is a core concern for parents and the team at Families Magazine.  If you or your child has experienced bullying, we’d love to hear more about it.  We’re #behindyou.

We’re so proud of Alex taking steps to make a difference and we’re proud to see him gaining recognition for his efforts.

National Science Week | Get Serious About Science With Your Family!
The BEST Seafood Buffets Brisbane Has to Offer!
Sustainability For Kids - Teach Young Kids To Save Our Reef!
Room Sharing With Young Kids - Could You? Should You?
Tweet
Pin
Share
0 Shares