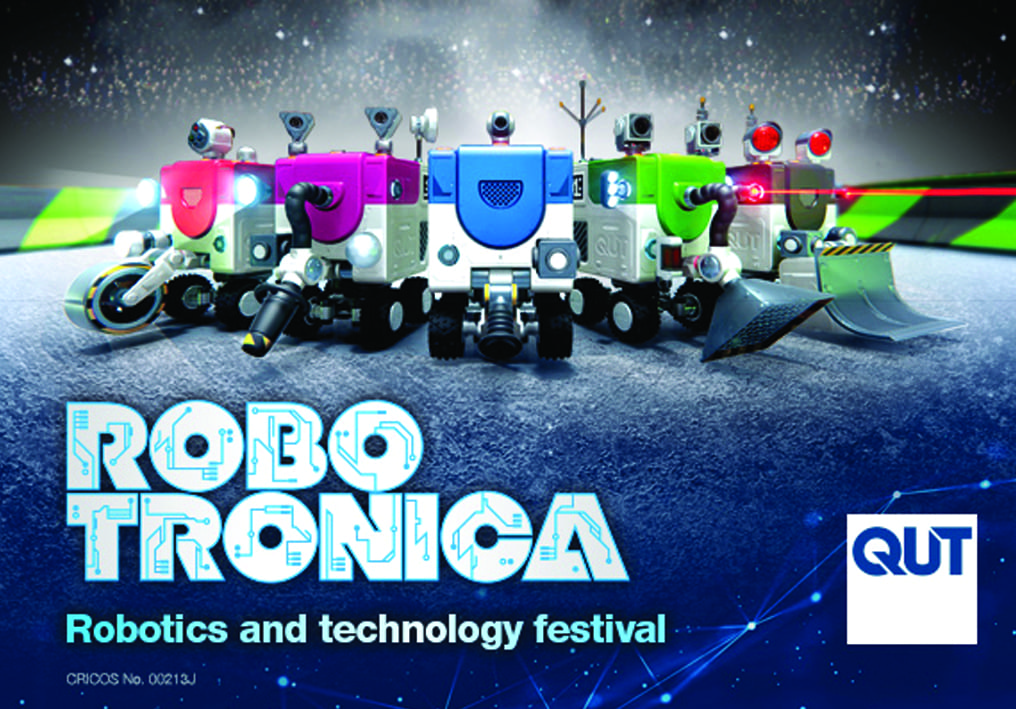 Robotronica will return to QUT’s Gardens Point Precinct on 18 August 2019 to reveal the most up to date advancements and innovations in the fields of robotics and interactive design. This is a robotics and technology festival that is sure to delight all the little tech-heads in your house!

This all-day, all-ages (mostly) FREE event will have QUT abuzz with demonstrations, workshops, games and discussions that will inform, inspire and amaze you.

There’s something for everyone at this year’s Robotronica.

What happened at the 2017 Australian Robowars Championship?

Australia’s best combat robots journeyed to Robotronica to fight it out for the Australian Championship.

This was the biggest robot combat competition in Australia with robots travelling from all over the country to compete. Robot fighting enthusiasts battled  it out aiming to become the Robowars Champion. These robots were strong and brutal and prepared for lots of destruction!

The QUT recycling robots are slow and inefficient. They need your help to recode the robots and turn DERP (Department of Environmental Resource Processing) into a recycling plant for the future!

Code-A-Bot is an interactive digital game putting kids in charge of programming robot workers to collect and sort rubbish, improving the overall efficiency of a waste recycling plant. Using The Cube’s digital touch screens, robots can be coded to move, sense, and collect or distribute rubbish around the facility and into the correct bins. You can also work together with other players and their robots to improve efficiencies and achieve the best results for DERP.

Welcome to the world of Electric Puppet!

Families are invited to design their own 2D digital robots, from a library of body part images, and animate them. Using real-time motion tracking, the puppets’ movements are driven by the actions of the participant, bringing them to life.

Georgie Pinn is a multimedia artist who has been flexing her skills across Europe and Australia for over 17 years. Some of her audio visual projects include holographic ghosts for a Hamlet production, interactive animation/dance events for Federation Square and directing and editing music videos for bands such as Regurgitator. In the last 7 years she has been developing a range of interactive motion triggered animation/sound projects. 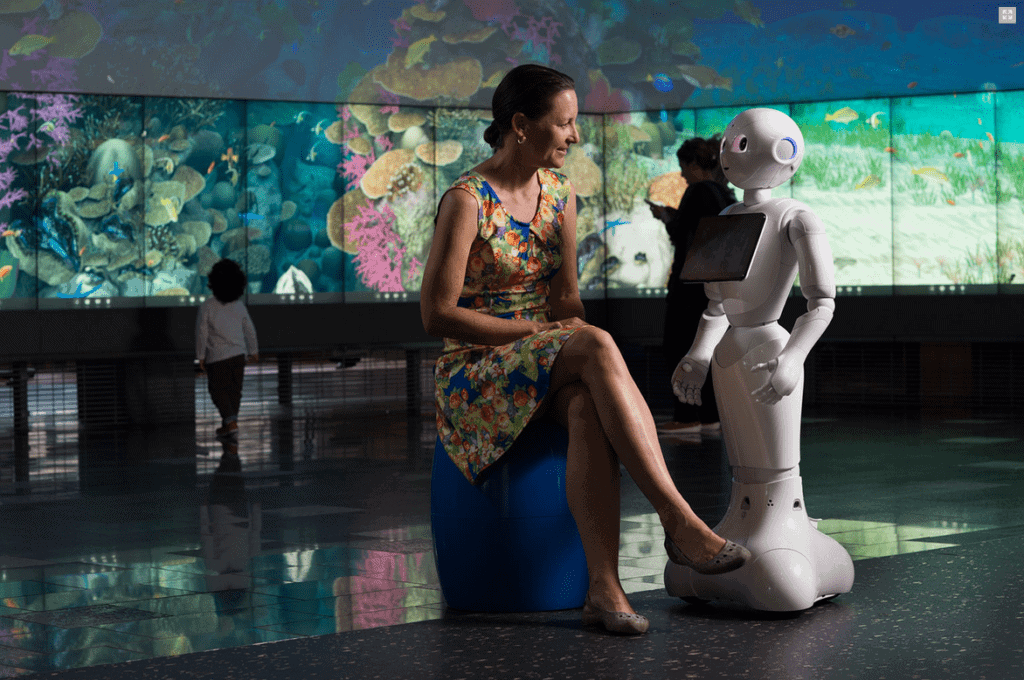 Pepper is the world’s first personal humanoid robot that can recognise emotions, created by SoftBank Robotics.

Join us for an interactive presentation from the Australian Centre of Excellence in Robotic Vision and learn how a social robot like Pepper moves around and interacts with people. You will have the opportunity to see a projection of the world through Pepper’s eyes and find out the challenges for a robot finding its way around an unknown environment using computer vision and depth sensors.

QUT is Australia’s first university to use Pepper specifically for a social robotics research platform, complementing the State Government’s strategy to explore the potential for humanoid robots and through a Proof of Concept (POC) activity in partnership with ST Solutions Australia (a subsidiary of SoftBank Corp.)