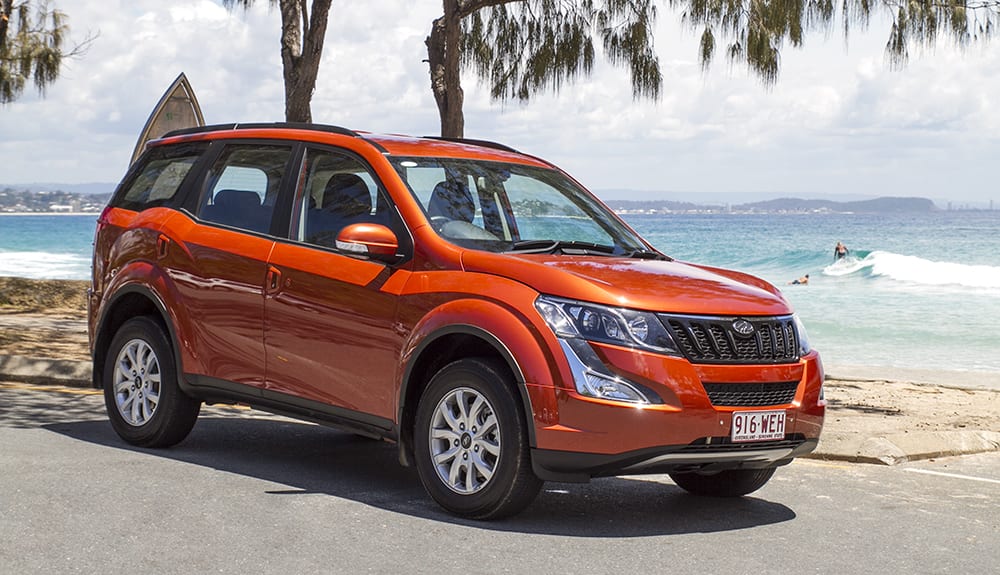 Renowned unenthusiastic driver, and Editor of Families Magazine – Gold Coast, Rebel Wylie has put the Mahindra XUV500 through it’s paces in a week-long trial to see how it fares with her busy family.

Here’s how she went …

For mum-of-four, Rebel driving is not fun. Not all of it, just things like going forward … and reversing … and changing lanes … and parking. To say she is an unenthusiastic driver may be an understatement.

With four kids, one husband and a rambunctious Border Collie to ferry around, Rebel is in her car more often than she enjoys, so liking the car she is in is a big factor in motivating her to jingle those keys unless she absolutely has to.

Mahindra was certain that their seven-seater XUV500, with all of the features that making driving simple might just be the car to make her enjoy driving after all – and they had a week to do it in.

Name: Rebel Wylie
Work: Editor of Families Magazine – Gold Coast
Age: 41
Uses car for: Business related driving including a lot of Gold Coast to Brisbane commuting, and Gold Coast to Byron Bay communting. Plus family related driving including schools runs, teenager taxi service, family errands, after-school sports and activities and daily drives to beach to wear out exuberant puppy.
Looking for: Simplicity. A car big enough to accommodate a large family, but compact enough to not feel like a bus. Also important are fuel economy and safety.
Doesn’t want: Complicated features that require much more than turning on the ignition. 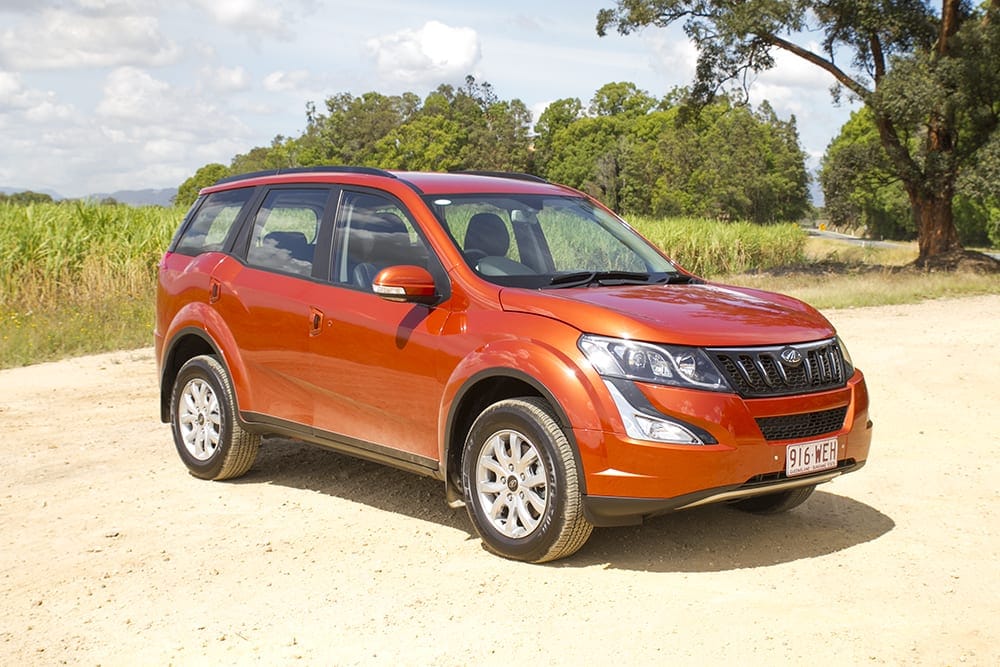 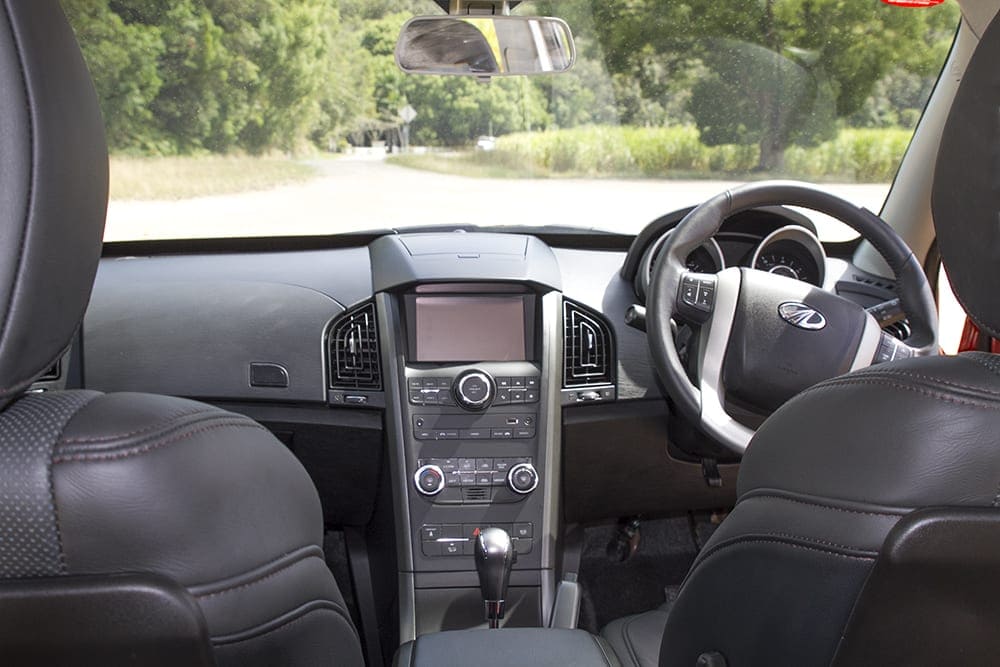 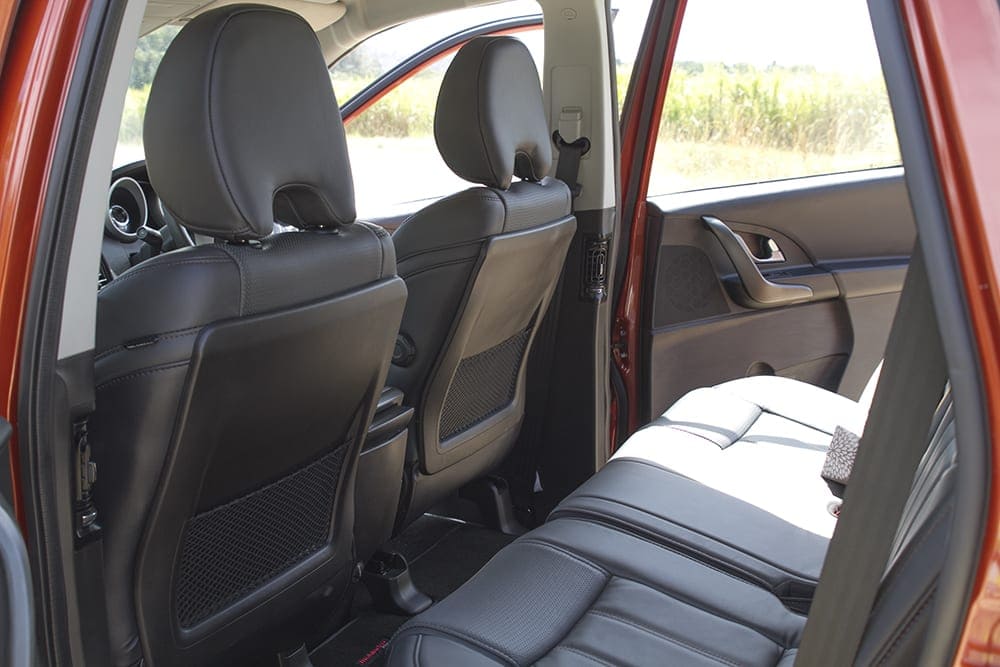 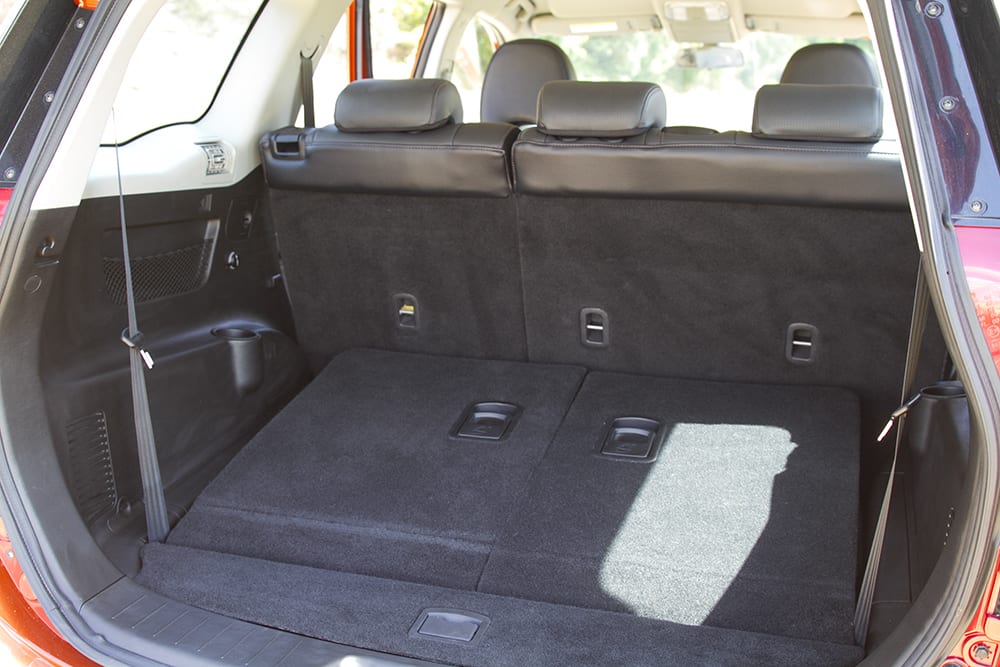 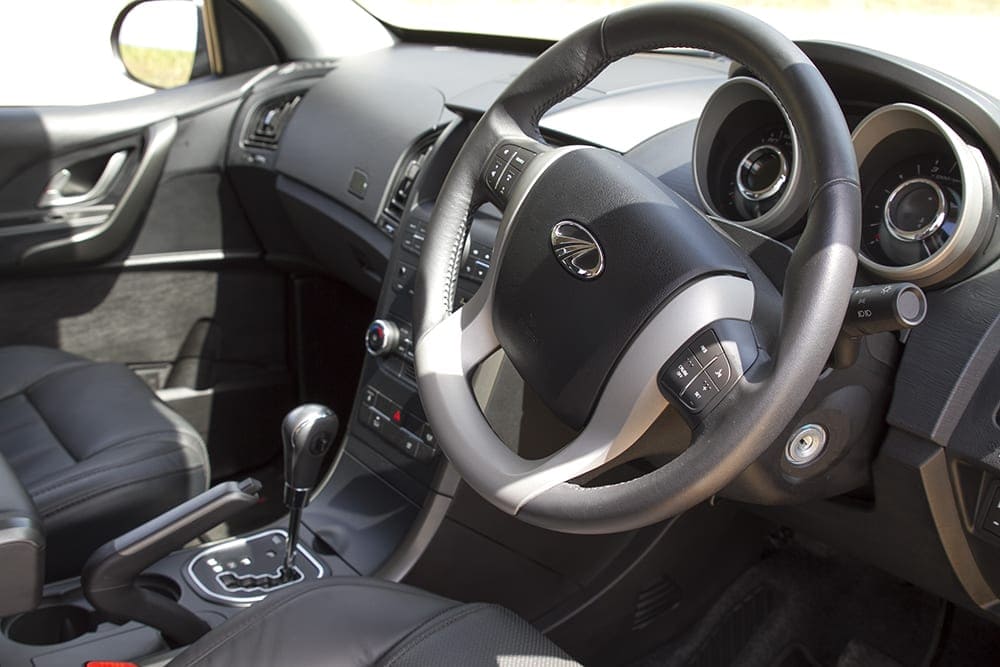 “Finding a car big enough to move everyone in my family to where they need to be is always a challenge.” says Rebel.

“Currently I am driving a huge van – which is what we thought we’d need, but it’s just too big. I loathe parking it and find it cumbersome to turn. I’d always eyed off SUV style cars, and thought if there was one that would fit us all, I’d consider making the switch.”

The Mahindra XUV500 is a seven seater, and with three ISOFIX child restraint points it was certainly big enough, and had enough safety features to accommodate Rebel and her family, whose children range in age from two to 15.

“My first impression was that the Mahindra felt high-end. With the leather seats, and the modern sleek look inside it definitely has a feel of luxury about it.” says Rebel.

“However, my kids will trash even the fanciest car, so while certainly pleasant to look at, there were other things I was interested in finding out too.”

“I don’t have a lot of time to play around when using my car. As much as I’d like to imagine my life was like that of a carefree TV commercial mum … it’s just not. My reality is that here are kids scrambling over one another, there are bags being flung around, there are kids to clip into restraints, and usually at least one toddler trying to make a run for it.” says Rebel.

“So immediately I was struck with the ease I found when loading everyone into the Mahindra. Unlike my current van, I don’t have to actually climb up into it to get anyone into their seat correctly. Converting the seats to make more boot room when I had less kids with me was really simple too – that’s important to me. I’m always rushing, I don’t like adding to that stress with fiddly operations for simple tasks.” 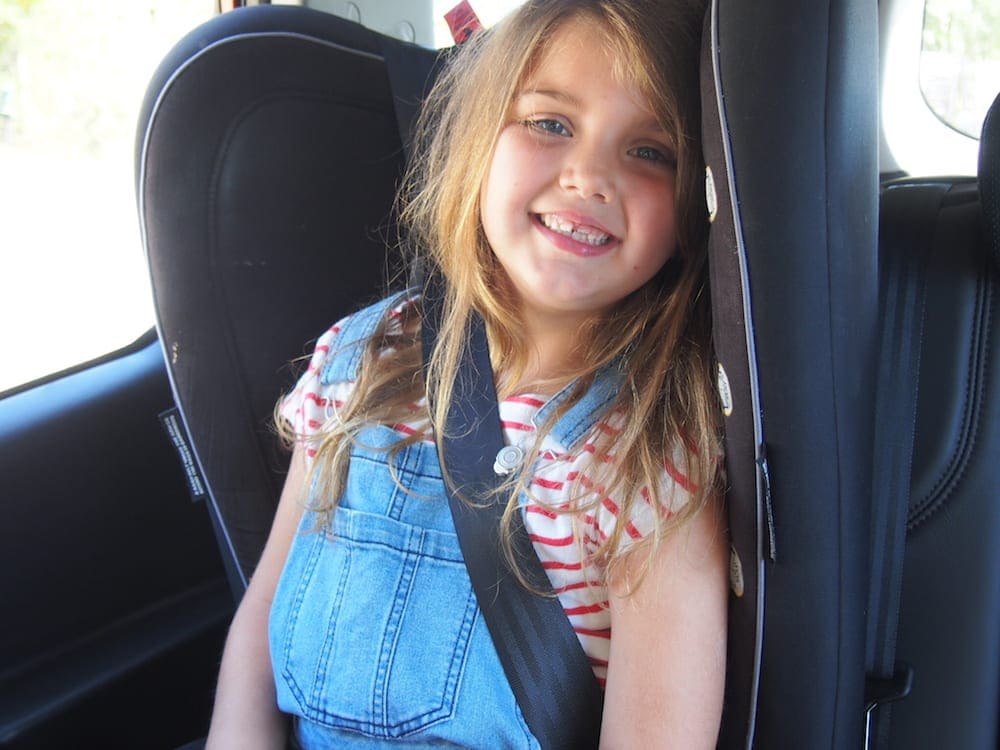 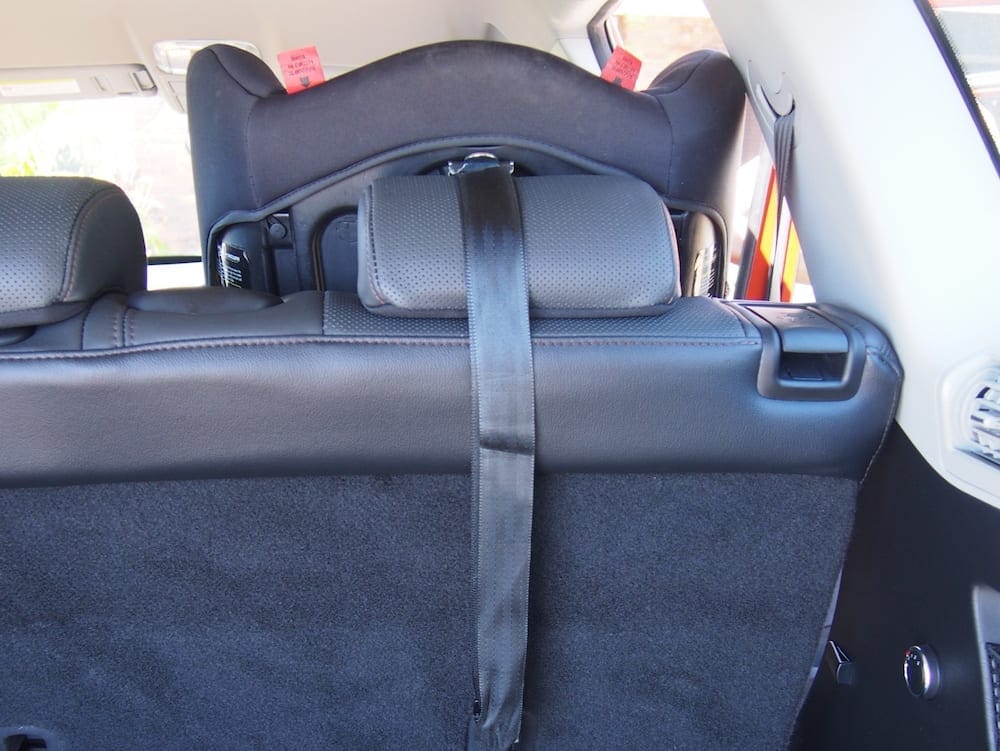 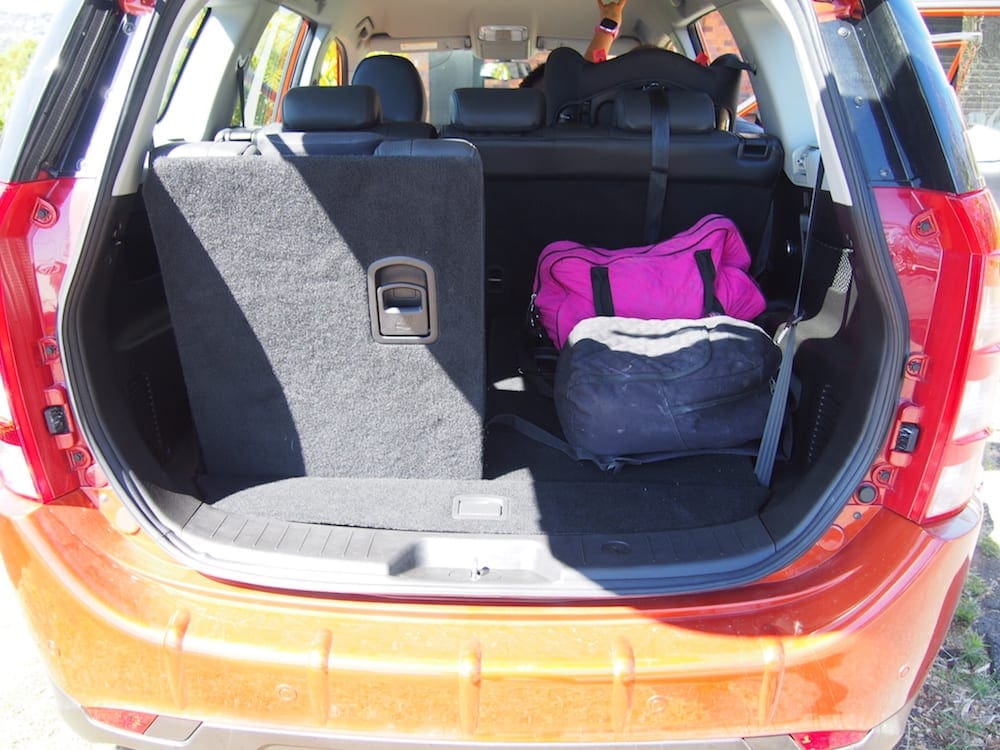 Overall Rebel was impressed how considered the features of the Mahindra XUV500 were. Making note of items like the reverse camera, the cooler storage box, the touch screen and the conversation mirror.

“That conversation mirror is such a great feature,” she says. “It was invaluable to that feeling of safety and security to be able to see everyone in the back without having to turn completely around. That must have been invented by a mum!”

As to that feeling of safety, the reverse camera – which can be used any time, not just when in reverse – and park assist features were also big hits with Rebel.

“I’m famously ‘car-dumb'” says Rebel. “I’m just not interested in motors or the mechanics of vehicles. I’m just not that kind of driver, which means my husband – who laments my disinterest – was quite excited about the features that made it simple for me to know when I needed to pay attention to things like tyre pressure, car servicing and fuel … I know, I KNOW … I told you: ‘car-dumb’.” 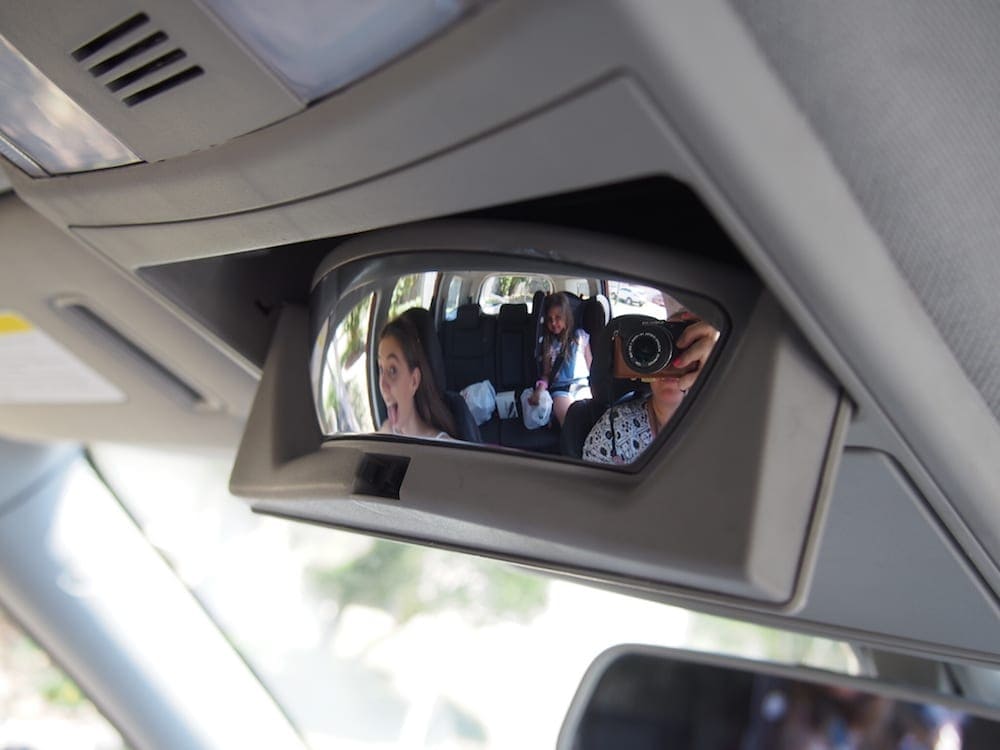 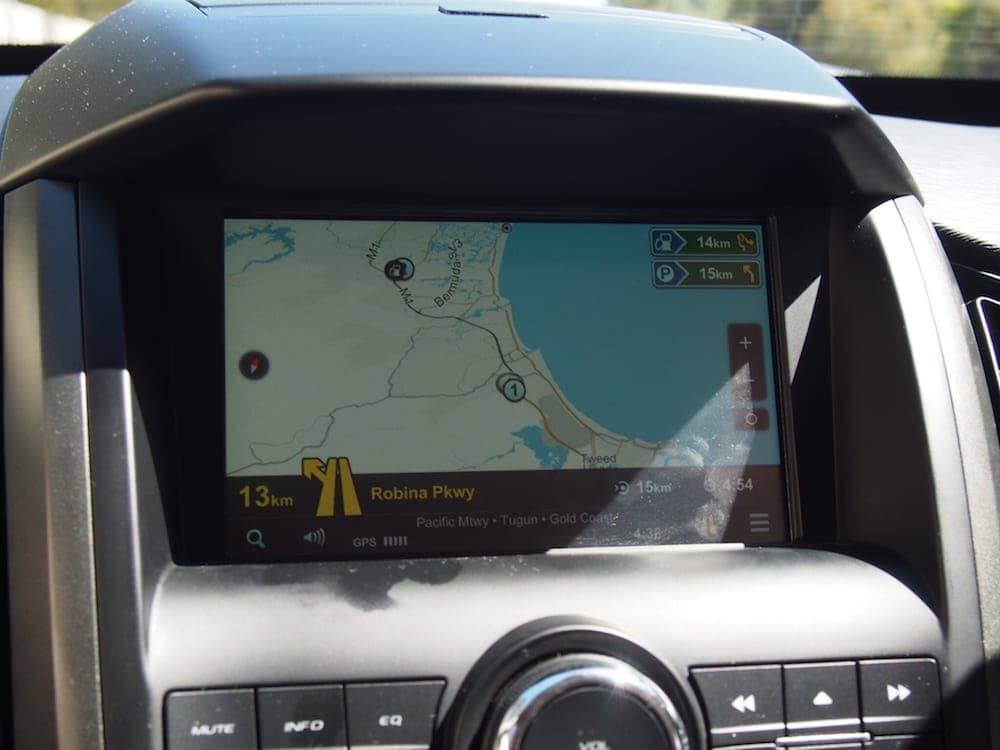 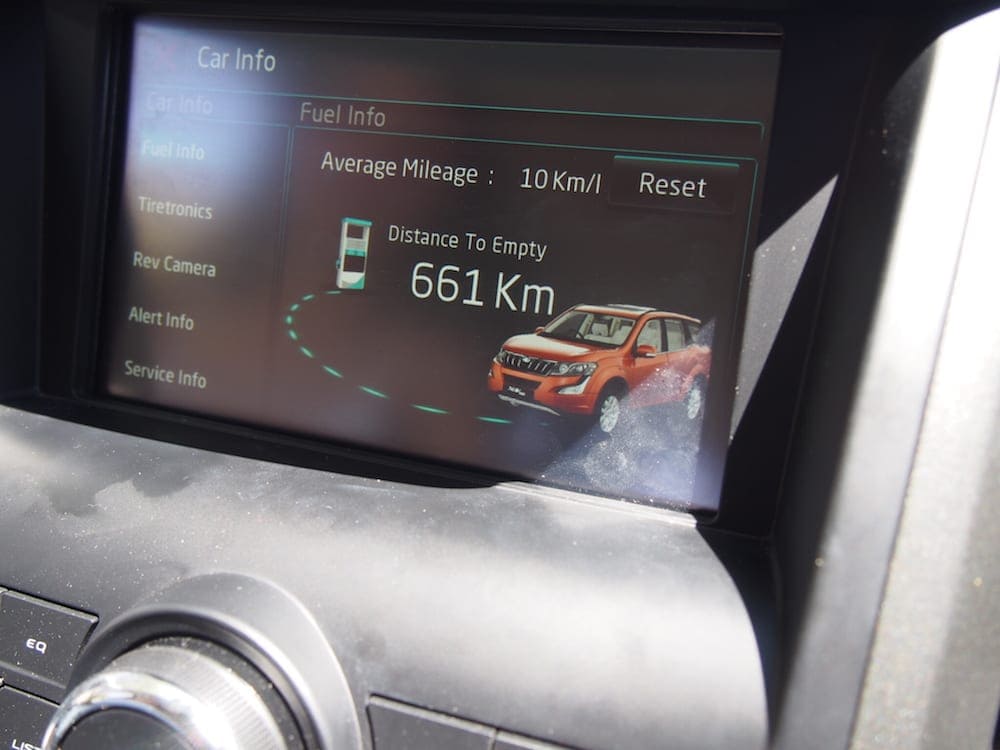 I said at the beginning that I wasn’t worried about the fancy stuff, but gee it was nice!” says Rebel.

“The Bluetooth connectivity, the safety features, and the simple touch-screen operation helped relieve some of that anxiety I usually get when I am behind the wheel. I’ve just never really enjoyed driving, but the Mahindra XUV500 has certainly given me a new perspective.”

So, how did she find the smaller car when it came to room for her family?

“Look, we’re a big family, so moving to a more compact SUV style vehicle from our current van would mean a bit of space sacrifice, but not as much as I assumed before we did the trial. For me that small sacrifice would be worth it simply because of the ease and safety offered by this alternative.”

So, the big question: Would Rebel make the Mahindra XUV500 her new family car?

“Definitely. As a family we all enjoyed the trial immensely.” she says.

“I think the kids could sense that I was comfortable, and my husband was super-keen on the fuel economy and safety features. We’d definitely consider this for our new family car.”

You can read more about the Mahindra XUV500 HERE.

You can enter our competition to WIN a Mahindra for the weekend HERE.

One response to “Mum’s the word – Mahindra XUV500 Review”