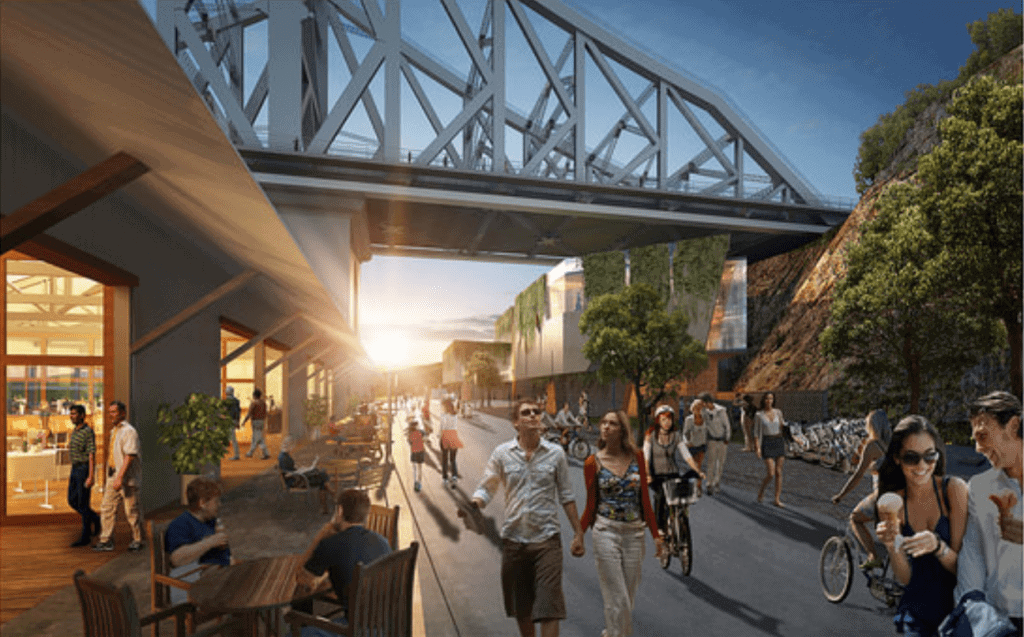 Howard Smith Wharves, also known as Brisbane Central Wharves were originally built c. 1934 to 1940. The heritage listed area is being rejuvenated with a $110 million spend and the results are amazing! We’ve updated this content – keep reading down to find out what is now open in 2020!

How will the Howard Smith Wharves be rejuvenated? 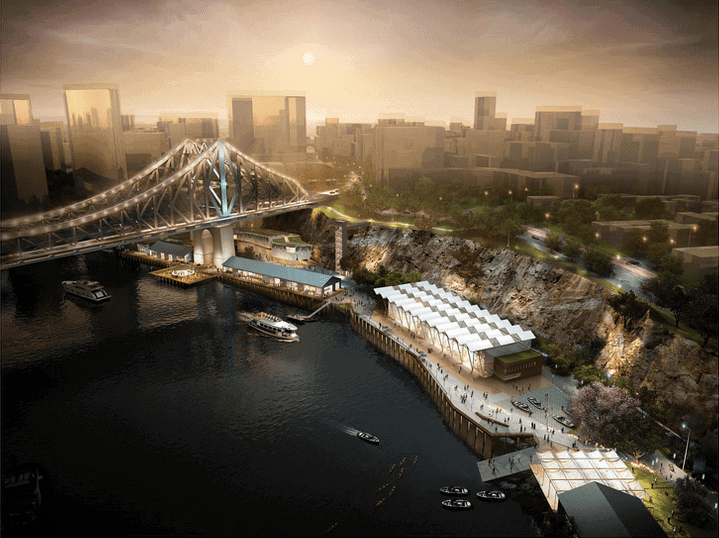 A range of events will be scheduled to make the open space an active destination.

An educational program is planned around the history of the site and sustainable urban practices.

Improved lighting, CCTV and activation will improve public safety in the area

Key features of the design include: 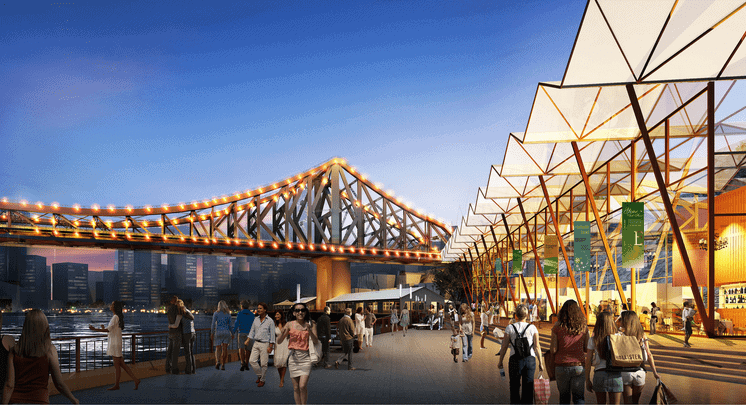 Council completed construction of the new 170 metre long timber wharf beneath Story Bridge in March 2013. The wharf restoration included structural repairs which make the area safe for public access. The restoration captures the site’s history as a working wharf.

Minor repair works to two heritage buildings were completed in February 2011. The remaining wharf buildings are rare evidence of the pre-1940s Port of Brisbane. They have been vacant and derelict for more than 20 years.

The repairs restored the structural integrity of the buildings to prevent further damage.

The cliffs surrounding the Howard Smith Wharves site have undergone stabilisation to ensure the safety of the public during and after the restoration. It will also protect the five World War II air raid shelters which have been damaged over the years by falling rocks. Stabilisation works were completed in 2010.

Since originally bringing you news of the redevelopment in 2018, a lot has happened at Howard Smith Wharves, with restaurants and the hotel now open! 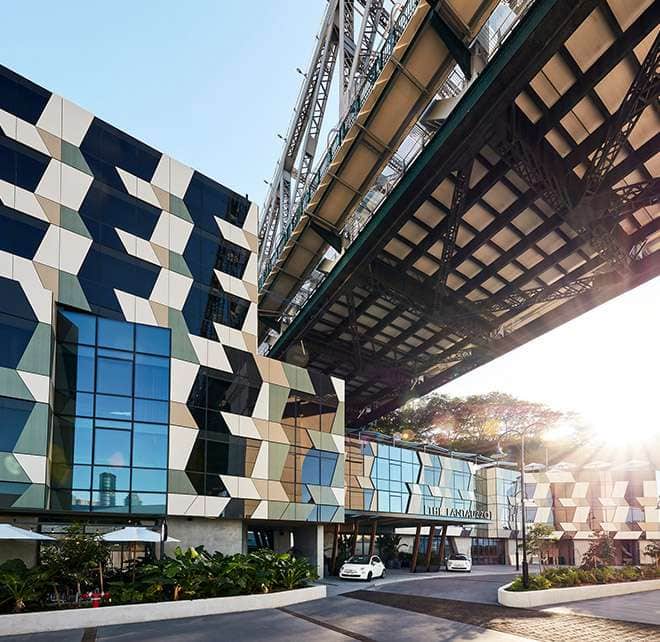 The Fantauzzo – now open – is a masterful blend of architecture, nature and art. This six-storey hotel includes 166 suites, spectacular views, rooftop pool, bar, gym, and function rooms. Next time you’re looking for a luxury romantic stay in the city, take a look at The Fantauzzo

There’s always something special happening at Howard Smith Wharves, from free community yoga to entertainment to special dining events. The Wharves can also host your private event. Click the link to find out What’s On.

Lanham May Fair 2020 | A Fun Day Out for the Whole Family!
Over 50 Things to do in Logan with Kids & Families
Ju Raku En Toowoomba Japanese Gardens with Kids
Best Breakfasts in Brisbane!
Tweet
Pin
Share
0 Shares