Home » How Often Should You Bathe Your Children?

How Often Should You Bathe Your Children? 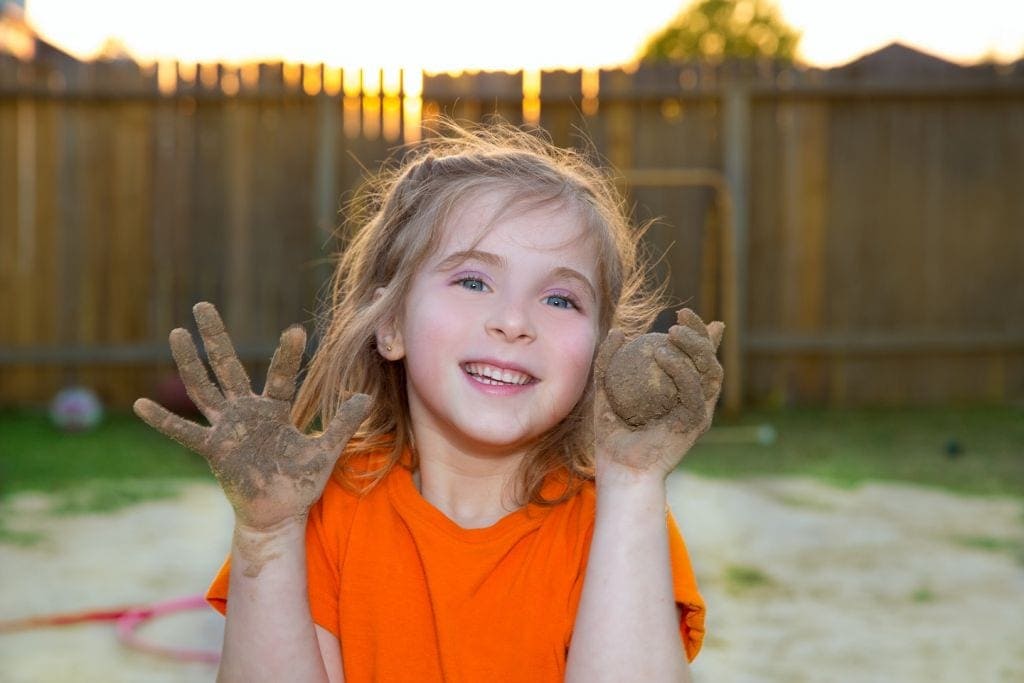 Can Bathing Your Kids Less Frequently Actually Make Them Healthier?

Many researchers, health professionals and parents are finding out that the answer to this question is a resounding yes. And let’s face it, the prospect of not having to go through the arduous bath time routine, bathing your children every single night sounds pretty attractive too.

Your child’s skin is covered in creepy crawly bacteria that thankfully you can’t see with the naked eye. It’s these bacteria that help their skin to protect itself from becoming dry and irritated, leaving it open to infection or damage from environmental factors such as heating and cold winter days. The American National Institute of Allergy and Infectious Diseases released findings earlier this year showing that it is the bacteria on skin that are responsible for activating its immune system. If it wasn’t for these bacteria your child’s skin would literally be unable to defend itself from infection.

Most hospitals in Australia have now moved or are moving away from the practice of bathing your children as soon as they are born and instead recommend delaying their first bath for at least a few days. Leaving the protective vernix on your baby’s skin appears to facilitate the growth of these protective bacteria and inhibit the growth of bad bugs.

Bathing your children every day seems to disrupt their skins delicate bacterial balance and many parents find that by stopping daily baths the incidence of rashes, dry and irritated skin decreases and in many cases disappears. 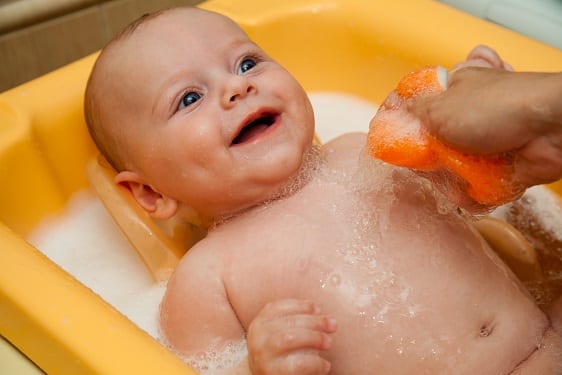 How Often Do Kids Really Need a Bath?

At present the only the recommendation in Australia on how often to bath your kids is not more than once a day as infants. Many infants like the routine of the end of the day bathtime. However, washing their face, hands and nappy area daily is enough to keep them hygienically clean and of course an extra bath when needed if they’re sweaty, smelly or dirty.

The American Academy of Dermatology however, recommends a bath three times a week for children under one year and in certain cases less often than this. Children between six and eleven only need a full scrub once or twice a week. Once teenagers hit puberty showering daily is recommended.

If you’re a bit of a germaphobe, the idea of not bathing your kids daily probably sounds just plain gross. But if you stop and think about it, how dirty do our kids really get? I mean real honest to goodness dirty. They’re not yet producing the hormones responsible for body odour and unless you’re living on or visiting a farm they’re unlikely to come home covered in much more than a bit of paint, food and maybe dirty hands, feet and knees – nothing that a few deft moves with a wet washer can’t take care of.

You may want to consider ditching the soap (which is often drying on young skin) and just using plain water. Using an emollient may be suitable too – check with your pediatric nurse or doctor.

Australians the cleanest people on Earth?

Some research was done in October 2006 that gave us Aussies the title of “cleanest people on earth!’ However, specific research is difficult to come by.  A survey of around 400 people by Energy Australia found that every Australian adult takes at least one shower each day. Furthermore, “62% of people would shower once a day, 29% twice a day, and 9% showered three times a day”.

These findings also suggest that no adult Australian goes more than a day without a shower. This might just arguably be the highest rate of ‘national bathing’ anywhere in the world and qualifies Australians as the cleanest people on Earth. The results also indicated that women take slightly longer showers than men (but only less than a minute more) and teenagers take longer showers than people over age 40. Anyone prepared to disagree with that?

Most importantly, less baths means more time to spend with family doing other awesome things or just relaxing on the couch in front of your favourite television program with a nice glass of wine or a cuppa. This really is a case of science making a parent’s life easier and we will drink to that!

Brisbane Schools are Changing. For the better and here's why!
Five Ways to Raise Fearless Kids
How to Read Food Labels
6 Reasons Why Creative Arts are the Answer for Kids
Tweet
Pin
Share1
1 Shares