Home » Facts About Whales for Kids: Whale Facts for a Budding Marine Biologist

Facts About Whales for Kids: Whale Facts for a Budding Marine Biologist 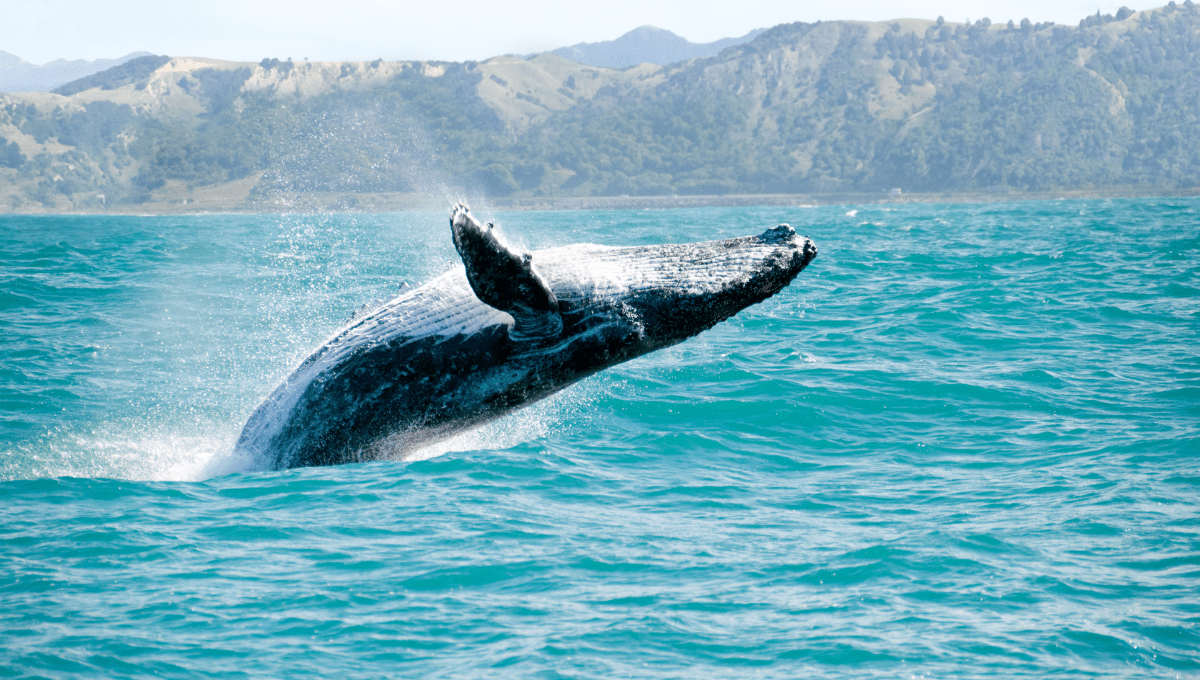 Facts about whales: How many species of whales are there?

There are around 90 species of whale in the world. These majestic creatures are grouped into two categories: those with teeth (which are known as toothed whales or Odontoceti) and those which have what’s called a baleen plate in their mouth instead of teeth (these are known as baleen whales or Mysticeti).

The baleen whales are the really big whales such as blue whales and humpback whales. We’ll talk more about what a baleen plate actually is further down the article.

Did you know that dolphins and porpoises are also classed as whales? They are both types of toothed whales along with orcas!

We’ve very lucky here in Australia to be able to see whales migrate along our coastline. It’s one of the best countries in the world for whale watching!

Whales have blowholes to help them breathe. Whales breathe air just like other mammals. They have to come to the surface to get their air, and then they can dive down and stay under for a period of time before they need to resurface. How long they can stay under varies from species to species but whales can on average stay underwater for 60 minutes.

Whales must keep control of their blowhole to avoid drowning, so it’s thought they rest half of their brain at a time while they’re sleeping so they’re always aware.

The collective noun for a group of whales is called a ‘pod’. Pods of whales can be small groups or very large groups. During the whale migration process, the whale pod provides security and protection.

What is a baleen plate and how does it work?

A whale’s baleen plate is a bristly, fibrous, sieve-like filter that allows whales to suck in large quantities of seawater and trap their favourite foods inside their mouths. Think of it like a brush on the inside of their mouth that allows water to pass through but traps the food in its bristles.

Because baleen whales are so large, they need to eat a large amount of food to sustain them. This filter allows them to take in large amounts of water and food and filter out what they don’t need.

What are baleen plates made of?

Toothed whales are actually born with teeth. The number of teeth a toothed whale has depends on its species.

Toothed whales use their sonar system to hunt for food that includes squid and octopus. Their teeth help them grab their prey, although they often don’t chew it. Instead, they often swallow it whole although some might use their teeth to chomp their food a little and break it apart before swallowing.

How are toothed whales different to baleen whales?

Toothed whales have one opening in the blowhole. Baleen whales have two openings, and they are larger and they move more slowly.

The main difference between toothed whales and baleen whales is their feeding habits though. Having teeth allows you to eat in a very different way to having a baleen plate that allows you to suck in and filter your food!

Toothed whales hunt particular prey with precision, whereas a baleen whale eats lots of things all at once! 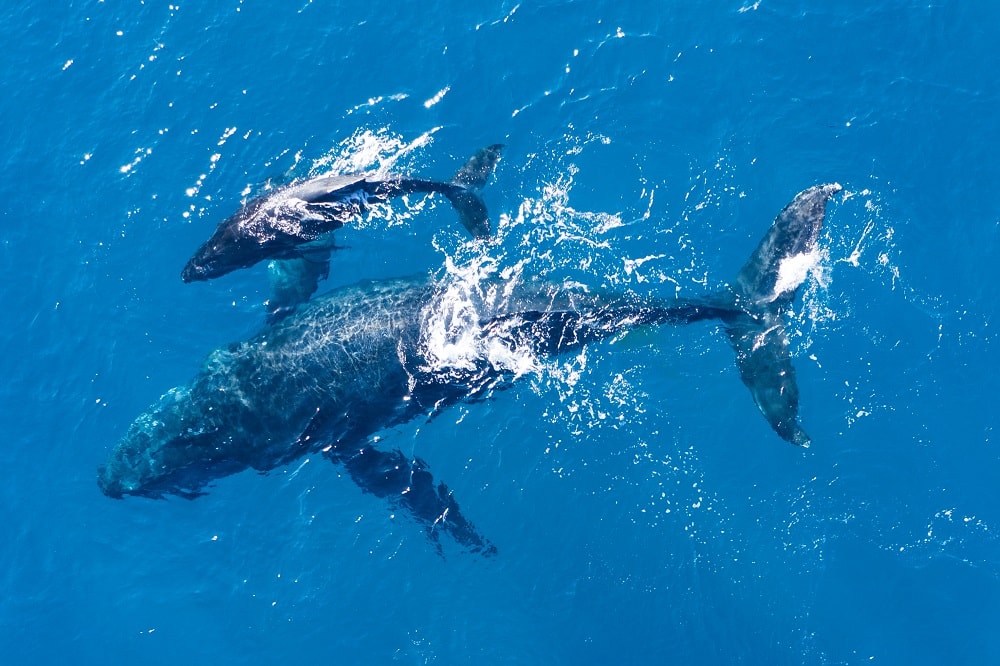 Some species of whales travel a long distance to get to their chosen mating ground. When they arrive, the males (known as bulls) begin trying to gain their attention by showing off.

Whales aren’t monogamous, so they don’t choose a mate for life.

When a female whale is pregnant, the gestation period can last from ten to 18 months depending on the whale species.

Whales give birth to live young that are ready to swim alongside their mother. Whale babies are known as calves. A female whale (known as a cow) gives birth to a calf every one to six years. When the whale baby is born, it suckles milk from its mother for up to two years.

A female whale protects her calf and the pod provides added protection as they travel together.

Which is the largest whale in the world?

The Antarctic blue whale is not only the largest whale in the world, but it’s also the largest animal on the planet!

Antarctic blue whales can grow up to an incredible 30m in length! These guys need to eat a lot of food as they can weigh up to 200 tons!

Which whales are the largest toothed whale?

How do whales communicate? 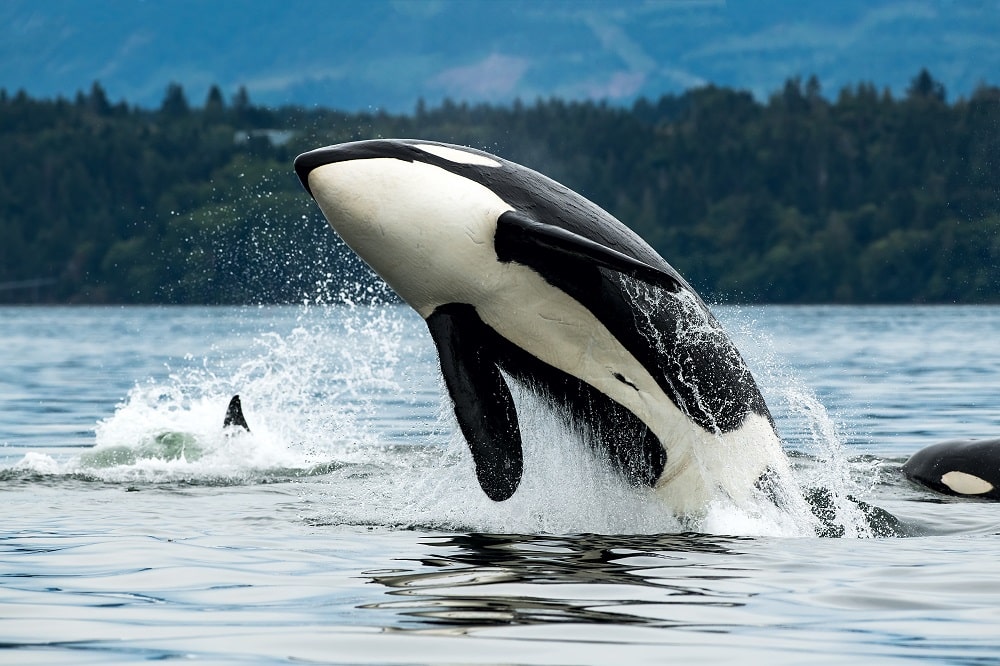 A whale song is the sound baleen whales make to communicate. The pattern of sounds is like an eerie song with notes repeating in a predictable pattern like a chorus.

These whale songs can be sung during mating season or while feeding. They can also be heard when a whale is mourning the loss of a loved one. Their songs vary depending on the occasion, but only male whales are known to sing. Females can, however, make calling sounds.

Scientists still haven’t fully understood the purpose of the whale song. There are still so many whale facts to uncover!

Whales generally aren’t dangerous creatures. Although whales are carnivores, they don’t usually attack people. It’s extremely rare to find instances of a whale hurting a human in the wild.

Whales facts: What are the threats to whales?

Whales face many threats. These include:

Why are whales so important?

Whales are integral to our oceans as their movement circulates essential nutrients which support the marine ecosystem. Did you know that whale faeces (poo!) fertilises the ocean which in turn produces large phytoplankton blooms that are able to absorb massive volumes of carbon dioxide? Allowing whale populations to fully recover from past whaling will have a positive impact on helping to reduce greenhouse gas levels in our atmosphere, so whales have a true benefit to climate change!

Where can you go to see whales in the wild in Australia?

Here in Australia, we’re very lucky to have plenty of locations where we can see whales migrating. You can go whale watching along the coast near Hobart, Perth, Sydney, Adelaide, Brisbane and Melbourne. From some locations, you can see them from land and others you will need to go out on a whale-watching trip.

It’s well worth the effort to go whale watching – don’t forget your seasick tablets as the water can get choppy!

How can you help the whales?

You can be an advocate for whales and help others understand the challenges and threats whales face. There is also a lot we can do to support climate change (such as being more energy-efficient, travelling less, being more aware of what we’re eating…) as well as minimizing our use of single-use plastics which can find their way into the oceans and damage a whale’s habitat.

Did you find this post about facts for kids about whales useful? If so, please give it a share!

If you enjoyed this you might like to read some of our other animal facts for kids articles.

If you have enjoyed these kids’ facts about whales  and you are looking for more great facts for kids to help with projects, check out our other articles: