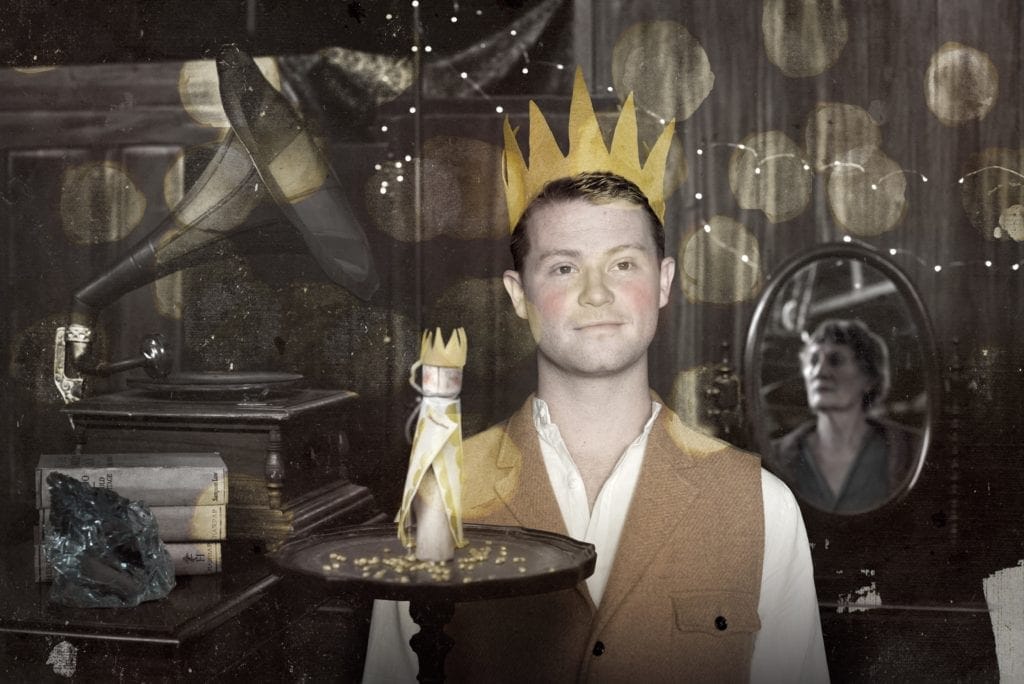 What kind of King would you be? A naïve boy raised by goatherds is discovered to be heir to the kingdom. Treasures and privileges are laid at his feet, but at what cost to others?

The achingly beautiful and tender language of Oscar Wilde joins the intimate and magical world of internationally acclaimed Adelaide theatre company, Slingsby. Journey in wonder, to a land of challenging choices and rich rewards.

“In his tale The Young King, Oscar Wilde employs his trademark alluringly ornate language to draw us into a story that forces us to confront our notions of beauty, leadership and compassion. First published in Oscar Wilde’s A House of Pomegranates alongside the much loved The Selfish Giant and The Happy Prince, Slingsby is thrilled to bring the lesser known The Young King to new audiences.” Andy Packer, Artistic Director, Slingsby.

A cleverly staged immersive entry process brings the audience into the world of the show and casts the audience as the people of the kingdom.

The Young King tells the story of a young boy born to a princess and a poor woodland man. Snatched from his parents as a baby, the Young King is raised by a kindly goatherd in a deep forest. Years pass and the old King, father of the princess, nears the end of his life. The old king calls for the boy to be brought to the palace; there he tells him, “You are not a young goatherd, you are my grandson the Young King and heir to my throne”.

On the eve of his coronation, the Young King has three dreams from which he awakes, saddened. He shuns the costly robe, sceptre and crown he had demanded and reaches instead for his humble goatherd’s cloak and staff and a circlet of briar thorns for his head.

His courtiers beseech him: “How shall the people know you are King?” The townsfolk laugh, then grow angry: “Don’t you know, from your luxury comes our living?” In turmoil, the Young King walks away from the palace to where the forest begins. And as the woodland welcomes him, he feels his heart and his step lighten. He turns to face the people and the sunlight beams down and weaves about him a robe brighter than gold, and his staff blossoms with lilies whiter than pearls, and his circlet of briar blooms with roses redder than rubies. And then he, and all the world around, know he is King.