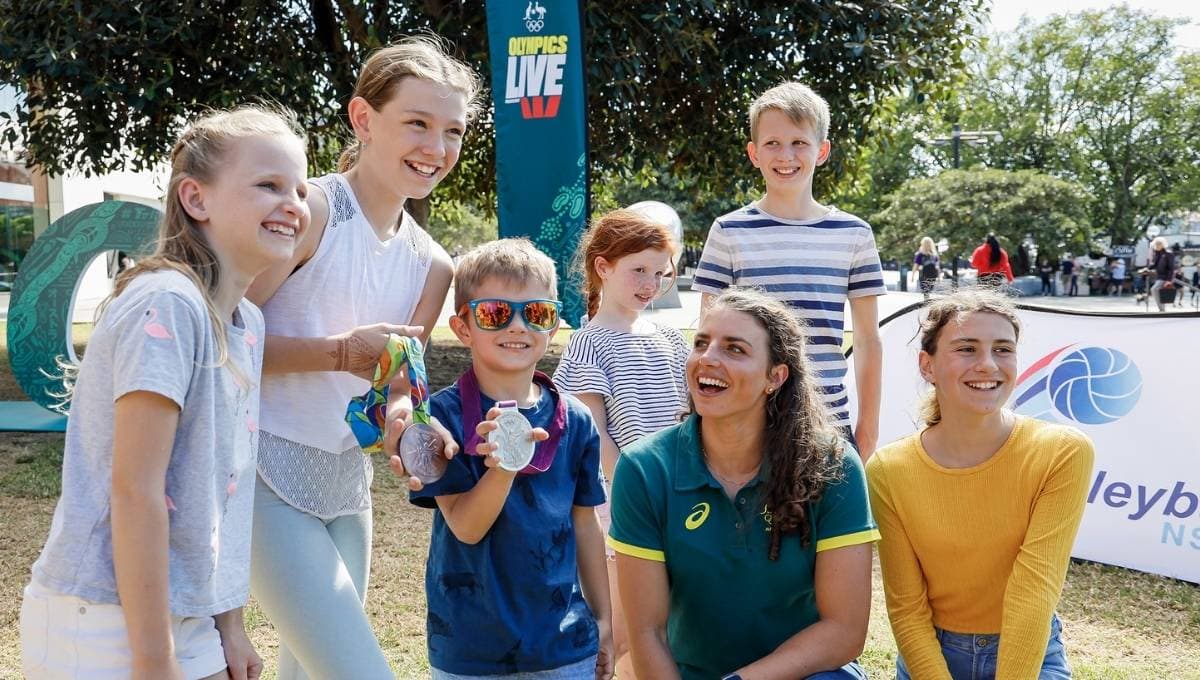 Experience the Tokyo Olympic Games live, as you cheer on your favourite sports stars on the big screen! From 23 July – 8 August 2021 have a go at sports, meet your Olympic heroes and celebrate with family and friends at Riverside Green, South Bank!

Plus, your family can be part of history on Wednesday 21 July. From 4pm, watch as the International Olympics Committee consider Queensland’s bid to host the 2032 Olympic and Paralympic Games on the big screen. If we win (when we win!), Brisbane’s skyline will light up with fireworks set off from river barges and CBD buildings. Other landmarks, bridges and City Hall will also turn green and gold.

Free festivities will kick off at the South Bank Olympics Live site from 10am, with the official program starting at 4pm. Aussie music icons Jon Stevens and Busby Marou will entertain the crowd at South Bank, as well as on-stage interviews with Olympians and Paralympians, family entertainment and sporting demonstrations.