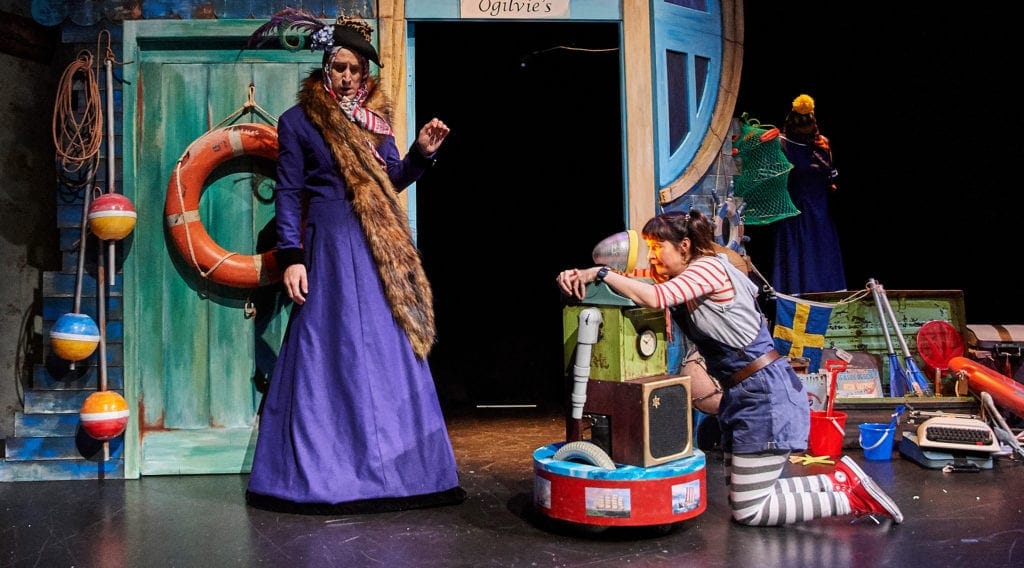 When Ophelia moves with her family to the seaside, she’s not impressed. She doesn’t like the beach, misses her old home and thinks the people in this town are pretty strange. She feels like she’s missing a piece of herself.

As she unpacks she finds a strange box full of parts with a curious note attached that reads ‘You. Make. Me.’ Ignoring her father’s warnings about the dangers of her ingenious inventions, she sets to work and builds herself a new robot friend, naming her Olivetti. Together they take on the local bully and start making new friends. But are they smart and brave enough to take on a daring rescue at sea?

Barking Gecko Theatre’s My Robot reminds us that we are all made up of different parts, and that when we feel less than whole we can find – or make – a part that fits. A story bursting with special robot tricks, laughter and bewildered parents My Robot is a must see for all families.