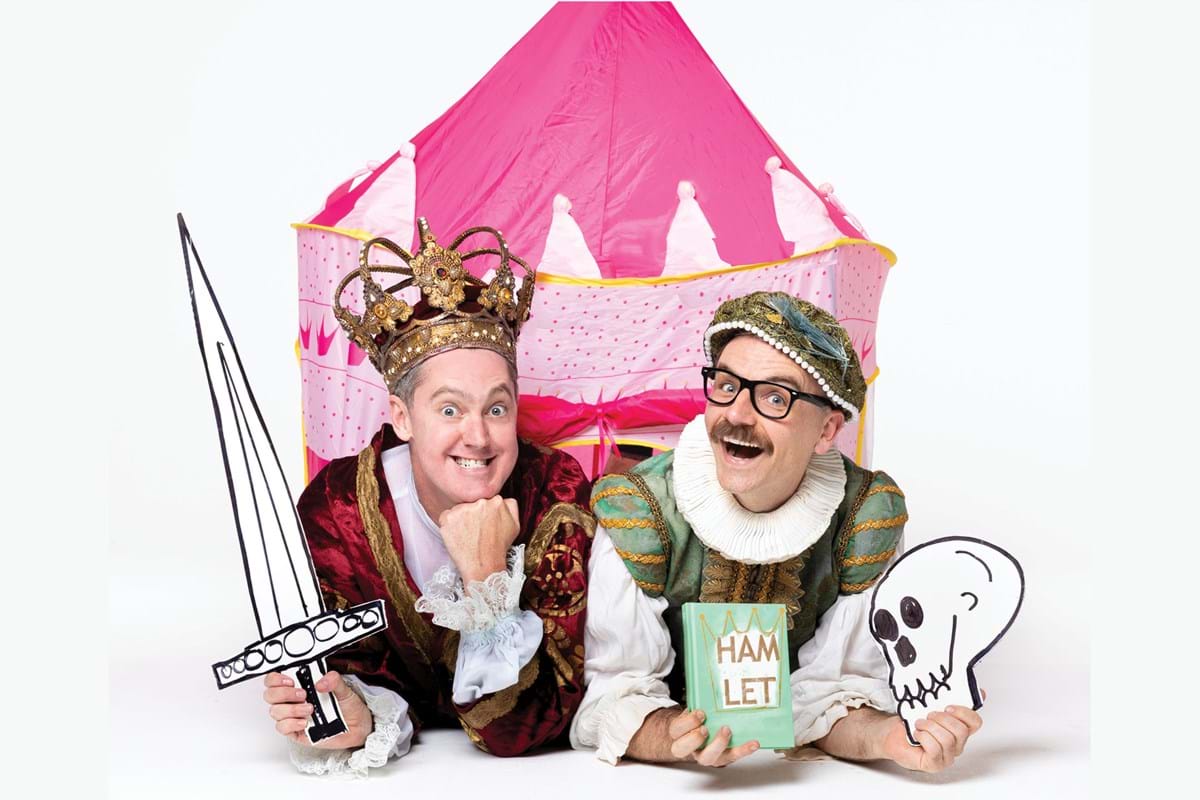 A very cheeky, very clever, utterly irreverent riff on Hamlet – made especially for children. The Listies, maestros of children’s entertainment, have pulled apart Shakespeare’s classic and glued it back together with hilarious costumes, loads of silliness and plenty of interactivity.

Hamlet is already full of things kids love in a good story: ghosts, castles, sword fights, bodily fluids and spooky stuff. Add to the mix some supersonic gags and expertly timed stage magic and you have a brilliantly disguised Shakespear­ean tragedy for everyone aged five and over.

And that’s not all… expect bonus pillow fights, pirates, ninjas, ninja pirates, aliens, ninja pirate aliens, zombies and a bunch of other hilarious stuff as The Listies take kids and their adults on a fun-filled hour of theatre. The only thing we can be sure of is that everyone dies at the end – including the audience!