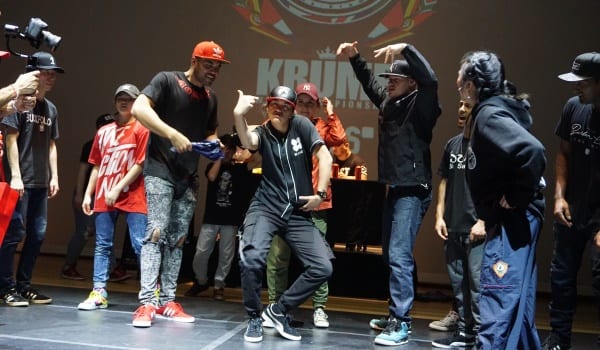 Their vision is to give life-changing opportunities to talented dancers who call Australia and New Zealand home. Last year’s EBS Qualifier winner went on to compete in the World Championships in Germany and came fourth! Where will we place this year?

BEAST CAMP WORKSHOPS
Come and learn from the best of the best! Open to all levels!
Beast Camp is a term created by Sherwin Salonga aka ‘Beast’ aka ‘Baby Tight Eyez’ which has become synonymous with dedication, hard work, heart, skill and greatness. The Beast Camp will run for an intense four full days and will culminate in a battle night on the Friday.

You will have the opportunity to learn from two international krump champions across the four days. Last year Beast Camp was run by ‘Beast’ himself, all the way from LA where krump was created and guest teacher and judge ‘Slam’, one of the first krumpers in Russia. The teachers for this year’s camp will be revealed when workshop tickets go on sale in early May.

BATTLE NIGHT – EBS WORLD CHAMPIONSHIPS QUALIFIERS
Join us for an afternoon of intense action, where krumpers from across Australia and New Zealand go head-to-head as they battle for a spot on the Oceania team for the EBS World Championships. You will be up close to all of the action as the competitors battle one-on-one until only the best krumpers are left standing. Categories will include adult male, adult female and rookie/new generation.