On January 2016 the Cube team at QUT have partnered with Queensland Museum’s renowned palaeontologist, Dr Scott Hocknull, to recreate these hyper-realistic, prehistoric reptiles and their environment, all backed by the latest research. If your child is keen on dinosaurs and even more keen to meet a dinosaur, this event looks nothing short of spectacular! Keep young hands and minds occupied with dinosaur craft, video games, documentaries, and a behind-the-scenes look at the paleontological processes that went into creating Dino Zoo.

Dino Zoo is the closest you can get to the real thing – minus the danger of being eaten! In area 1 you will see life-sized dinosaurs that are the most scientifically accurate portrayals of these creatures in the world. And, thanks to artificial intelligence, the dinosaurs will even behave like the real thing, based on a set of behavioural parameters for each species. You can make friends with the herbivores, while keeping a wary eye on the predators. Dino Zoo also has digital activities,including an archaeological dig simulator and an interactive Earth timeline.

Watch how this amazing exhibit came to life… 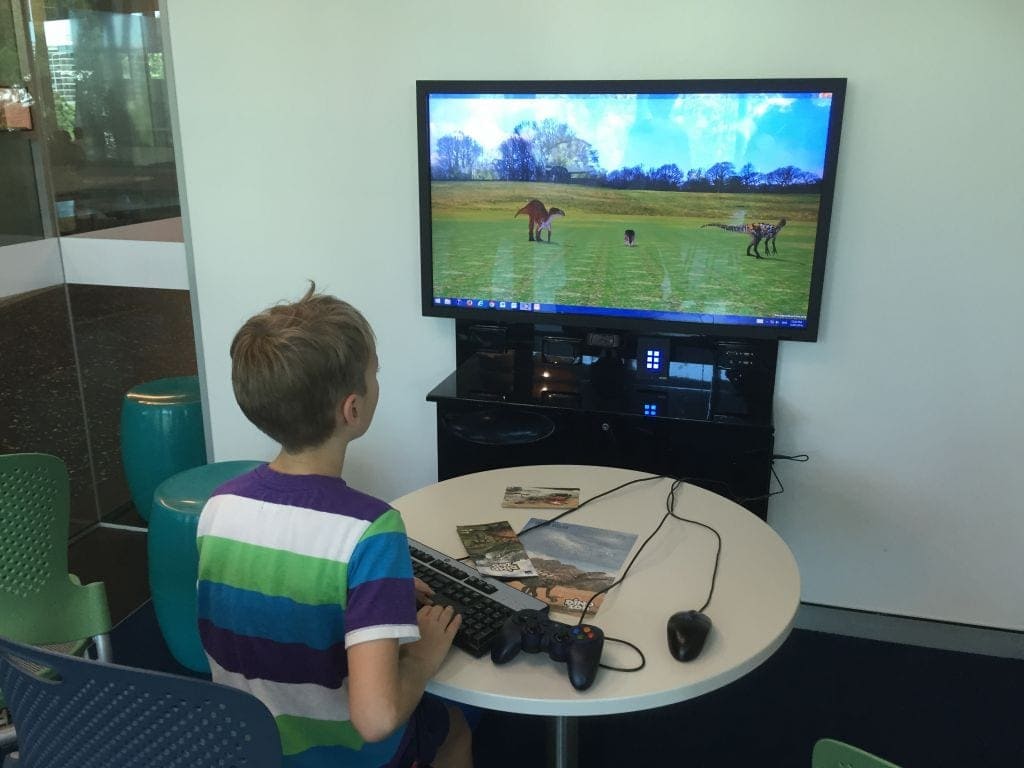 This is where the dinoasuars are trained! Grab acontroller and train a Muttaburrasaurus, Australovenator or Kunburrasaurus to move just like the real ones would have millions of years ago.
The BEST Dinosaur Games for Kids – click here

Step into the Dino Discovery zone and uncover the mystery of how The Cube team created the hyper-realisticdinosaurs and scientifically accurate virtual environment that make up Dino Zoo. You may even uncover a dinosaur bone or two!

In this area the Cube team will be screening documentaries explaining more about dinosaurs on our planet, and even about the specifics of Australian dinosaurs.

Of all continents on Earth, none preserves the story of the formation of our planet and the evolution of life quite like Australia. Nowhere else can you simply jump in a car and travel back through the entire history of the world. Australia: the time traveller’s guide takes you on a rollicking adventure from the birth of the Earth to the emergence of the world we know today. There are 4 x 60min episodes in this series and they are suitable for all audiences.

In a remote section of Queensland in Australia, a 100 million year old mystery is captured in stone; thousands of dinosaur footprints all pointing to one terrifying moment. What were these dinosaurs, why were they all here, and why did they run in one direction? This show lasts for 5s minutes. and requires parental guidance.

Monsters in the outback

This documentary is about the evidence— real, scientific and often dramatic—that proves that the outback of Australia was once a place where dinosaurs roamed in vast numbers. 43 minutres long and suitable for all audiences. 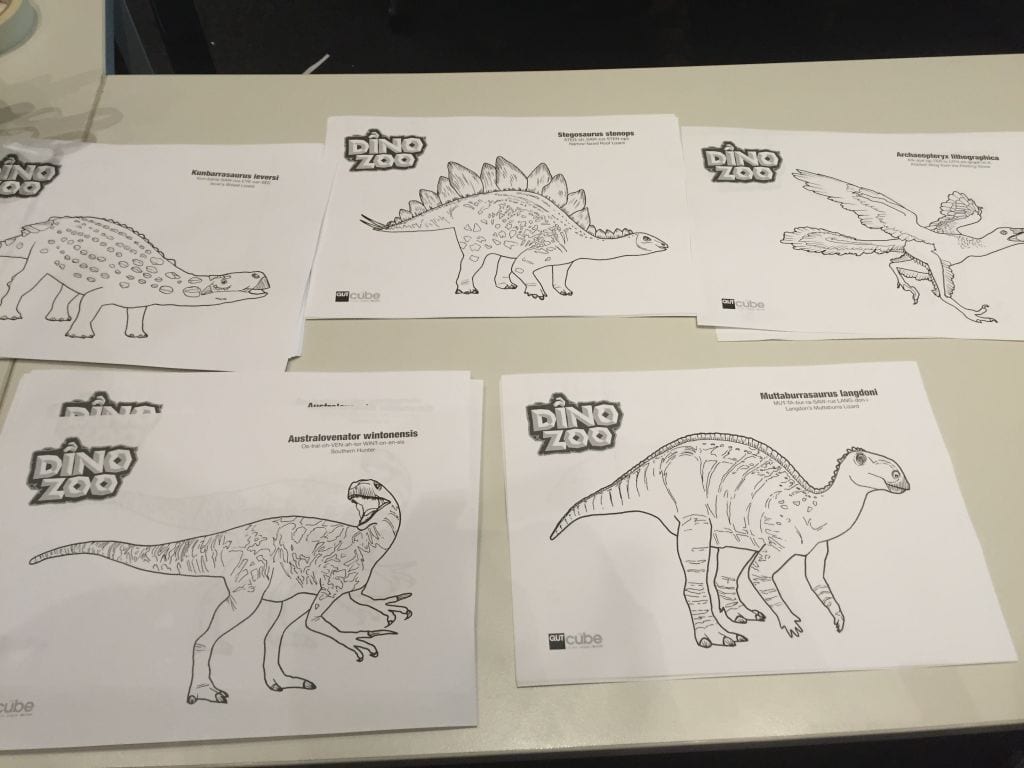 Stegosaurus, Muttaburrasaurus, Rhoetosaurus – wow!! The Dino Corner is for little ones with dinosaur-sized imaginations! Kids can bring dinosaur friends from the zoo to life by making their very own flying Quetzalcoatlus, colouring in a dinosaur, or learning more getting cosy with a dino book.

Where is the Dino Zoo going to be? 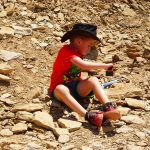 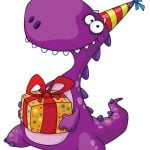 3 responses to “Dino Zoo at The Cube, QUT Brisbane”